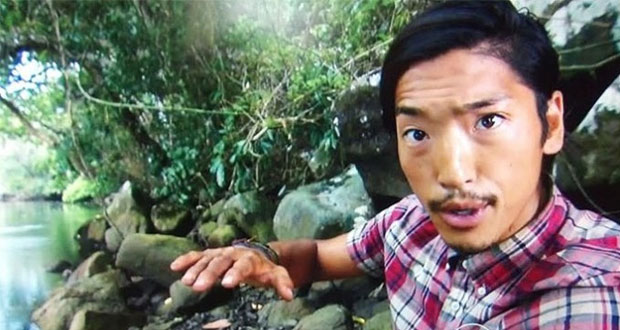 The twenty eighth season of Survivor, the grand daddy of reality tv shows, will go down as one of the most fiercely contested seasons in the history of the show.  Compared to recent seasons, it was refreshingly bereft of showboating idiots who were only cast to stir up drama and it was also did away with Redemption Island or any other second chance nonsense.  On a personal level, my favourite seasons of the show start with some type of sociology experiment.  They’ve divided the teams in the past by gender, age, ethnicity and this season, by high school pecking orders – Brains, Brawn and Beauty.  It created an entertaining dynamic for the first four episodes and watching the Brains camp implode was both a hilarious spectacle and also set the tone for Spencer’s unlikely underdog run to the Final Four.

The beauty of this season was that when it came down to the merge and everyone was in it for themselves, all of the contestants were likable and seemed a reasonable chance at winning.  Tony, the New Jersey cop and eventual winner of the contest, played a strong but error ridden game where he needlessly turned on his allies more than once and looked to turn himself into a possible goat – too cocky for the jury to support.  It was only through a key alliance with Woo and Trish (who he eventually betrayed when he wisely determined that she would still vote for him) and his industrious searching for hidden immunity idols that he managed to make it to the end.  Otherwise, he didn’t win a single immunity challenge and wasn’t well liked by half the players.

Spencer’s under dog run, Kass’ unpredictable and volatile nature, and Woo and Trish sitting in an uneasy alliance with Tony all set the scene for a memorable final few episodes.

Most extraordinarily, Woo finished the game exceptionally strongly and by winning the final immunity challenge, had his choice of who to take to the final tribal council, the first one in a long time that featured only two contestants.  He had Kass, a total goat, and Tony, the hardest politicking player in the game.  Unbelievably, he chose to take Tony as part of an honour code stemming from his tae kwon do discipline, which was a noble gesture but effectively cost him $1 million dollars.  It was unfortunate for Woo but made for great television.

Sadly, after such a great season that really let new players battle it out in a game of wits and social gamesmanship, Jeff Probst announced that next season would be the return of the Blood vs Water format where every contestant would have a blood relative also competing in the game.  There isn’t inherently anything wrong with that as a casting choice for the game but last time they did it it was the most stupidly convoluted set of rules which included a Redemption Island, the option to swap with your partner if they were voted out and so many rule changes that it basically neutered the strategy players could leverage in the game because the format was too unpredictable.  Survivor is at its best when the rules are kept simple and a blind side at tribal council ensures someone is voted out, no second chances.  Unfortunately, it looks like Season 29 will have none of that.

Highlights of the Season
+  Great cast, plenty of competitive players
+ Curse of the hot female player didn’t happen, Jefra made it reasonably far into the game
+ No Redemption Island
+ Final Two
+ Loads of blindsides
+ Entertaining mix of challenges
+ No Hantzes
+ All new players