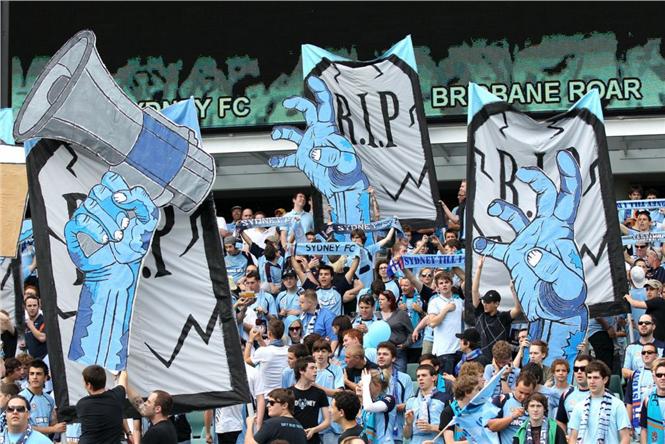 Football can be a funny game.  Last week’s villain can be this week’s hero.  That was the case if you were a Brisbane Roar fan and you went from being angered last week by Melbourne Victory’s Robbie Kruse who scored against us to this week praising his name when he scored again to help sink Adelaide United to their first defeat of the season.  Kruse’s goal and Adelaide’s defeat gave the Brisbane Roar a golden opportunity to climb to the top of the ladder.  We had an away game against the defending champions and bottom club in the competition Sydney FC.

Unfortunately, I appeared to have spoken too soon about my man Reinaldo.  After praising his improved performance only a matter of days ago, this weekend he turned in one of his most lackluster performances of the season.  He looked weary and listless, he got dispossessed time and again and he played selfishly, looking to draw the foul and hitting the deck far too easily.  This isn’t the Serie A and the ref doesn’t blow the whistle for the theatrical stuff.

Happily, we scored the opening goal in a matter of minutes.  A deflection from an early corner lead to an opportunistic header from defender Luke Devire to put us in front.  From there, the Roar put on a commanding performance in the middle of the pitch, at times getting close to 70% of the possession.  Sydney looked all at sea and we clearly had the ascendancy.

Only Reinaldo kept flubbing chance after chance up front.  And sure enough, on the half hour mark, completely against the run of play, Sydney made us pay with a goal from Alex Brosque.  Sydney clawed their way back into the game after that and we looked rattled for the rest of the half.  That friggin’ Reinaldo!

The second half saw an improved performance from the Roar but that second goal never came.  Reinaldo eventually got subbed for Jean Carlo Solorzano.  Solorzano was the top goal scorer in the Costa Rican league last season and is tipped to become our new frontman once he finds his fitness.  After this round, you feel it can’t come soon enough.  The game ended 1-1, despite the Roar clearly being the better side.

An opportunity missed, Adelaide remain on top of the table, albeit their lead has been reduced to two points. 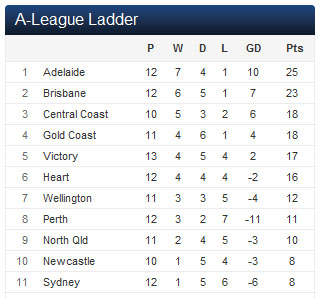