The Week Where Everything Happened 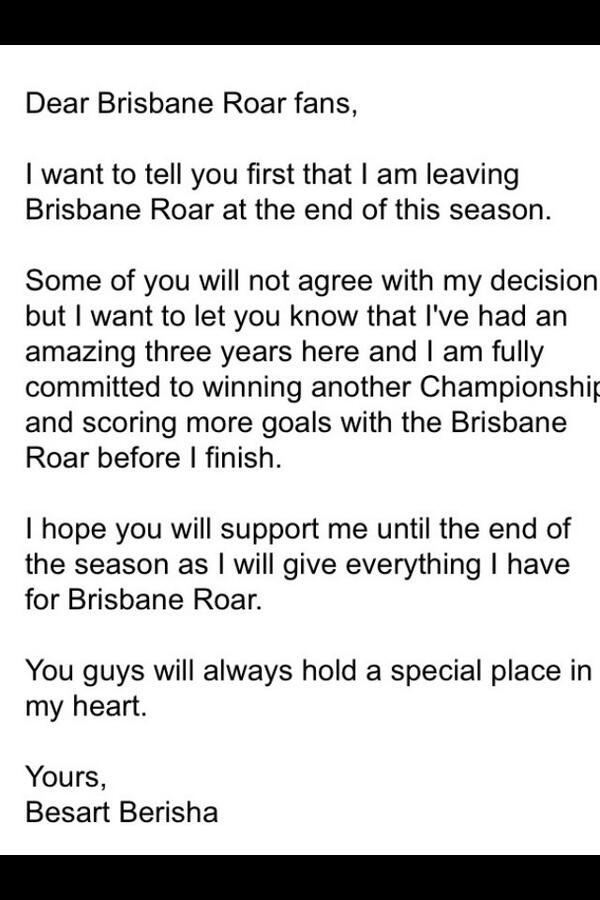 So here’s how the week went down.

It was definitely a week to remember. 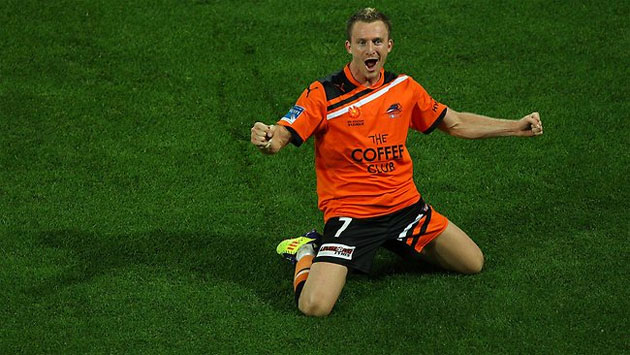 In time, I’ll be able to digest the news of Manchester City’s purchase of Melbourne Heart and Besart Berisha’s impending exit and have more to say.  But for now…

Spare a thought for Wellington Phoenix who lost 2-1 to Brisbane Roar for the third time this season.  Both teams were under-strength due to injuries and international duty.  Unlike the Ricky Herbert days though, the new Wellington Phoenix under Ernie Merrick came to play at Suncorp and dominated the first half, taking a deserved lead on the half hour mark through striker Stein Huysegems.

Brisbane Roar coach Mike Mulvey must have given some halftime speech however as the complexion of the game changed in the second half and the Roar slowly began to regain the ascendancy.  Likely the heat probably played a part in Wellington starting to wilt.  Still, it took two cracking goals to prize them apart.  The first was a goal on debut for the curiously named Devante Clut.  The match winner was a glorious thirty metre strike from midfield stalwart Luke Bratten who has well and truly taken up the mantle left by former midfield lynchpin Erik Paartalu.

The win halts the Roar’s mini slump in form and puts them back in the drivers seat for the home stretch of the season.  A five point lead and eleven rounds to play.  Can we do it again?