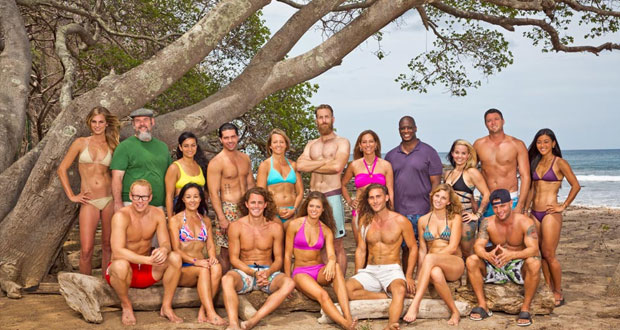 As an unabashed, die hard Survivor fan, I can’t tell you how much I dislike the ‘blood vs water’ gimmick.  I disliked it so much that I simply stopped watching Season 29 – Survivor: Juan Del Sur – about five episodes in.  To this day I have no idea who won it and nor do I care to.  For some reason, absolutely none of the contestants held my interest and the nature of a show built around playing with family members lead to far too many weak players and safe, boring alliances lasting too long with little disruption.

Fortunately, my favourite reality tv show is back with a bang.  As we move into the merge, Worlds Apart is shaping up to be one of the best seasons in ages.  It has all the right ingredients that I look for at the start of a new season.  It has an interesting sociological angle to divide the tribes – they’ve been split by work environments.  So we get white collar (wealthy, latte sipping office workers), blue collar (gruff, proud, mostly poor) and no collar (“coconut vendor”).  It created some fabulously entertaining dynamics amongst the tribes when they were separated and also how they treated one another when they came together for challenges.

The show also had no returning players (yes!!!) and the casting crew have put together one of the most competitive mix of players that I can recall.  There are about four or five genuinely viable winners in this game.  Worlds Apart also has its share of antagonists (Dan – a postie who has trouble relating to women) and stand out characters (a deaf woman and an eccentric millionaire who is a Yahoo exec to name a couple).

The pre-merge rounds were fiercely and evenly contested with all three tribes winning at least three reward or immunity challenges.  Poor old So Kim fell victim to the Survivor curse of an attractive female being the first to go.  Of the players voted out early, I think I’ll miss Max the most.  He was a bearded hipster fan of the show who ha a tendency to overanalyse his moves which eventually cost him.

The choices were easy when picking my pony and poison for this season.  Jenn Brown from the No Collar tribe was easily my favourite.  Her laid back, laconic style is offset by a surprisingly sharp sense of gamesmanship and she survived an elimination in the seventh episode when she correctly guessed that her neck was on the chopping block and she played an immunity idol and deflected six votes.

My poision is the brash, loud and oafish Rodney from the Blue Collar tribe.  He’s actually playing a pretty strong game and has a decent alliance set up for himself but he annoys me to no end and has a weird attitude towards women (actually, most of the Blue Collar men do).  Perhaps Rodney is revelling in his role though.  When I listed my pony and poison picks on Twitter, he ‘favourited’ my comment. 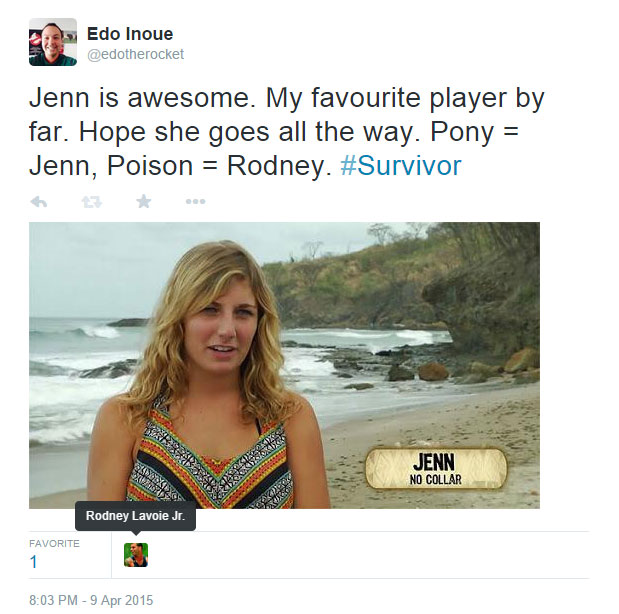 Here’s hoping the post-merge episodes will be as good as the pre-merge.  I have a hunch they will