Receptionist: Does he have Alzheimer’s?
David Grant: No, he just believes what people tell him.
Receptionist: That’s too bad.

Woody Grant is an aging, alcholic Korean War veteran who lives in Billings, Montana.  He seems to live in a permanent stupor, partly inflicted by alcohol and partly by a weariness of life itself.  He seems to barely tolerate his decades-long marriage to his wife Kate and he seems to view the rest of his family as an obstacle standing between him and his next drink.

Nebraska starts with a police officer picking up Woody on the side of the freeway.  The officer learns that he is on a 900 mile hike to Lincoln, Nebraska so that he can claim a $1,000,000 sweepstakes prize that he received in the mail.  Although an obvious scam, Woody is obstinate and unshaken by his family’s attempts to talk him out of journeying to Lincoln on this foolish, quixotic endeavour.

Aside from his long suffering wife, Woody also has two adult children in his family – David and Ross.  After initially attempting to talk Woody out of pursuing the sweepstake prize, David decides the road trip may well be a good opportunity to bond with his father who he has a cold and impersonal relationship with.

One thing leads to another and eventually, all of the Grants are caught up on the road trip.  The journey to Lincoln takes them through Woody’s home town of Hawthorne.  There Woody reunites with some old friends and family members and he can’t help but brag about his new windfall of cash.  The news spreads like wildfire in the town and soon everyone is buzzing about Woody Grant “the millionaire”!

Given what we see of day to day life in Hawthorne, this is hardly a surprising development.  Here is a run down and destitute Middle American town where everyone is seemingly retired or unemployed and life is stupefiyingly dull.  I didn’t know whether to laugh or to be horrified at the long shots Alexander Payne uses in Nebraska where we see the tired, weary residents of Hawthorne staring at game shows on television, holding droll and unenthusiastic banter with one another during the commercial breaks.

The prospect of Woody being a millionaire brings out a lot of unsavoury behaviour from the residents of Hawthorne, including a pair of oafish gold digging cousins and a seriously creepy old family friend who begins to make veiled threats to David.

I have a special place in my heart for stubborn, pig-headed and flawed film characters like Woody Grant.  They are the type of people I would hate to be around personally but I delight in seeing on the screen, infuriating those around them with wreckless abandon.  In this role, Bruce Dern is note perfect as the aging, devil-may-care octogenarian rebel.  He also has his perfect foil in Will Forte who has a sad, expressive and conciliatory face that he puts to frequent use in this film.

Nebraska is a darker and more morose film from Alexander Payne that what we have been used to seeing in the past decade.  Payne is an incredible talented and consistent director who has made his name making films about the ‘male menopause’, middle aged men who lose their way.  Woody Grant is most certainly that but I don’t remember Payne ever casting such a harsh light on his protagonist’s surroundings.  If anything, the school hallways in Election, the vineyards in Sideways and the Hawaiian backdrop in The Descendants are all interesting juxtapositions to their lead characters because they are so bright and colourful.

Nebraska on the other hand is shot in black and white and is not an idyllic look at rural America.  What we see is a wasteland where the death of industry and a ruinous economy has left the hapless residents with little else to do but watch game shows and drink their days away.

Perhaps for that reason, I didn’t end up having the same fondness for Nebraska that I did for some of Payne’s other films.  Don’t get me the wrong, the central relationship in the film between Woody and his son David is credible, bittersweet and ultimately quite moving.  However, I found the overall somber and dour tone in the film to be a little wearisome.  In the end, Woody Grant has his brief moment in the sun when he rolls through Hawthorne one last time but what hope is there for the rest of the residents?

Have a drink with your old man. Be somebody!

Summary : It's not Alexander Payne's best film but even when he doesn't fire on all cylinders, his work is better than most. 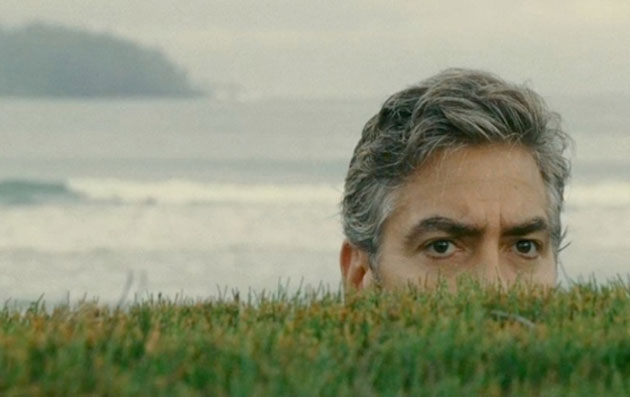