Last week I flew to Wellington for a brief five day holiday.  It was to be a jam packed trip.  My brother Stu was turning forty and his wife Cherie had organized a huge surprise party on Sunday.  It was to be my first meeting with his new son Jamie.  My parents had only just moved to Wellington a month earlier and it was my first opportunity to visit them in their new home.  Meanwhile my brother-in-law Matt had recently started working as a chef in one of the city’s best little cafes in the CBD.  Oh, and an Under 20 FIFA World Cup tournament was on!  All this was happening against the backdrop of a typically chilly Wellington.

Here are a few snippets taken from the trip. 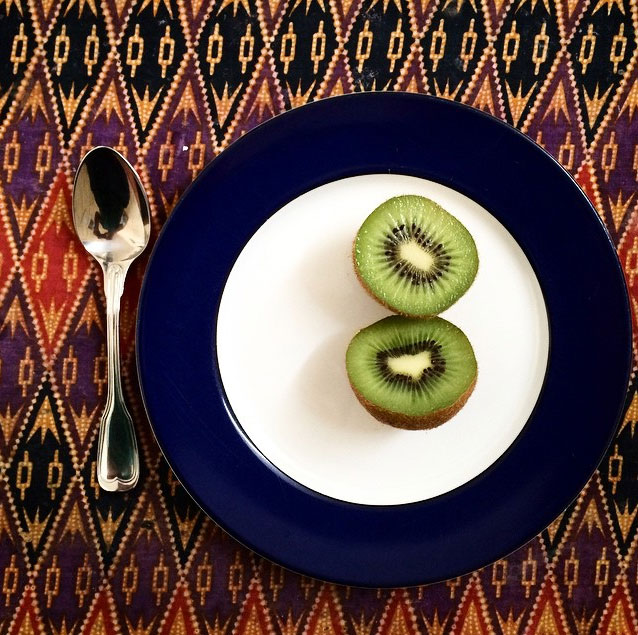 Breakfast at my parent’s house was just the way I remember it.  There would be fresh fruit, a typical Scottish fry up (eggs, bacon, black pudding), BBC Scotland on the radio and plenty of tea.  The only difference is nowadays the BBC is streamed off an iPad. 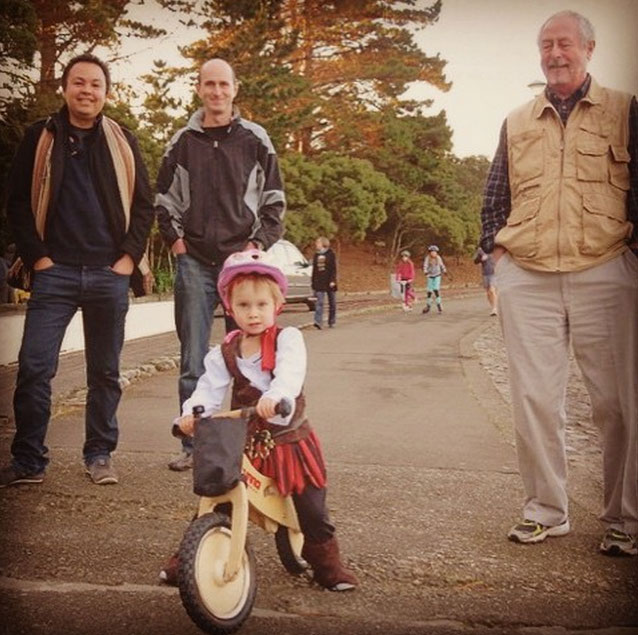 Stu’s daughter Abby is an energetic force of nature and very advanced for a three year old.  She holds conversation confidently with children and adults alike.  She loves bike riding, reading, building blocks and Minions. 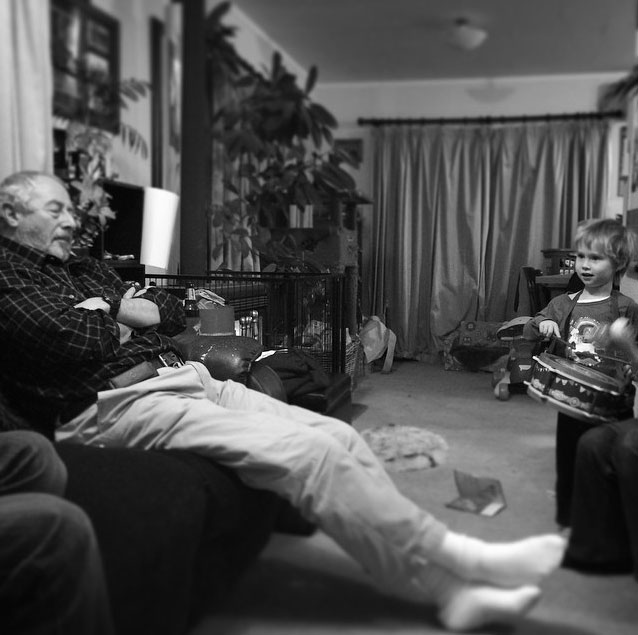 A mischievous Abby plots to wake up Grandpa Don with her drum set! 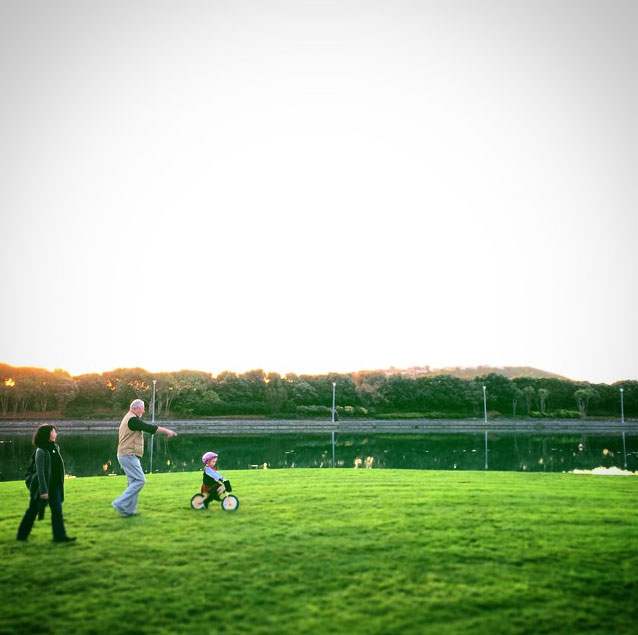 My brother and his family live in picturesque Porirua where the local park is only a couple of minutes away. 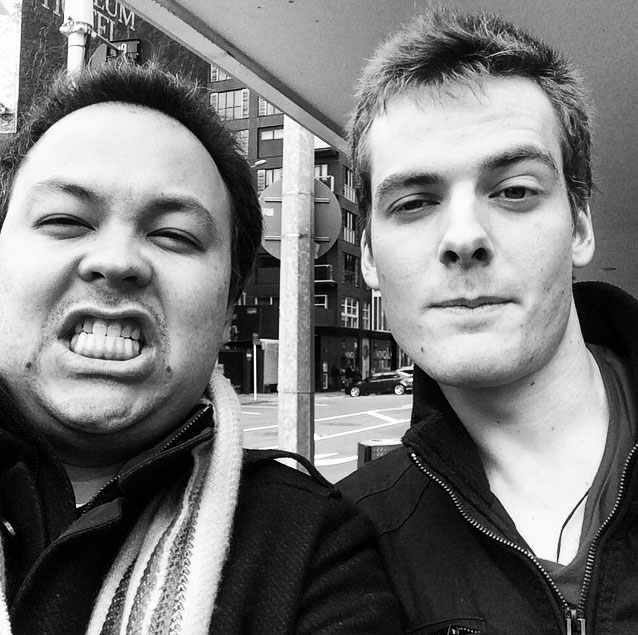 My brother-in-law Matt.  He is as dry-witted and laconic as I remember him.  He now makes a living working as a chef at a cafe in the city.  We had a chance to sample his cooking and it was excellent.  He’s a guy with an exciting career ahead of him. 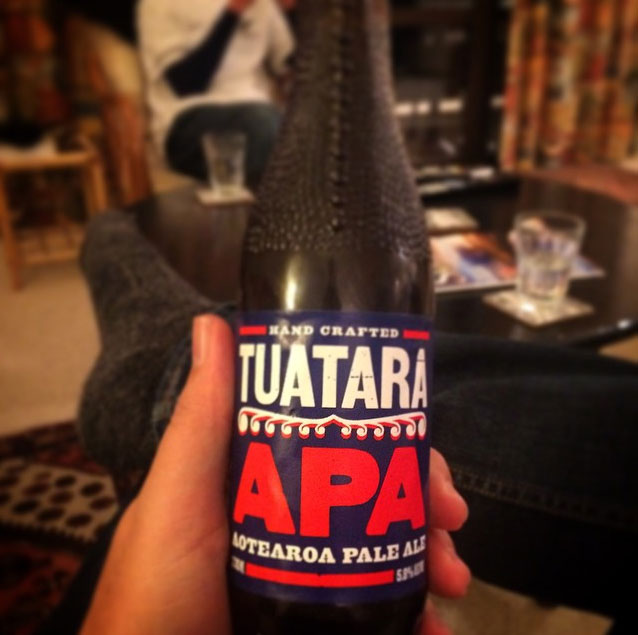 Wellington, like the rest of the world, has been overtaken by boutique beer breweries and a love of pale ales.  The Tuatara APA, brewed just down the road from where my parents live, is one of the best. 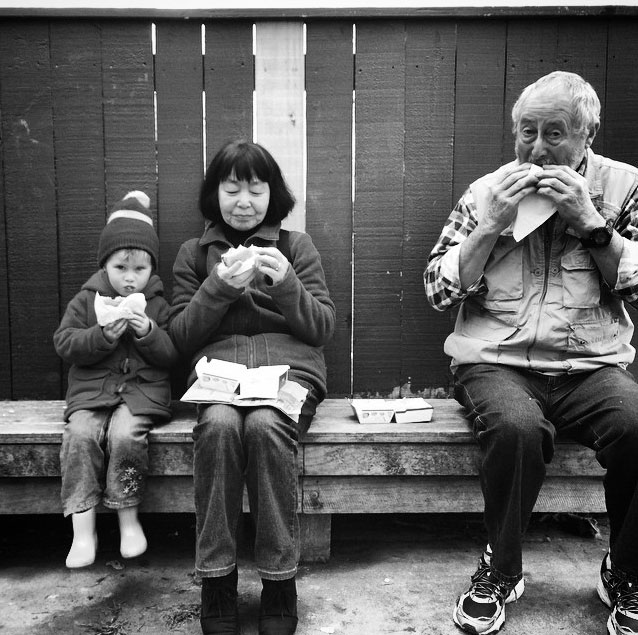 Burger time.  The family enjoy a quick bite to eat at the sheds during my brother’s Saturday league football. 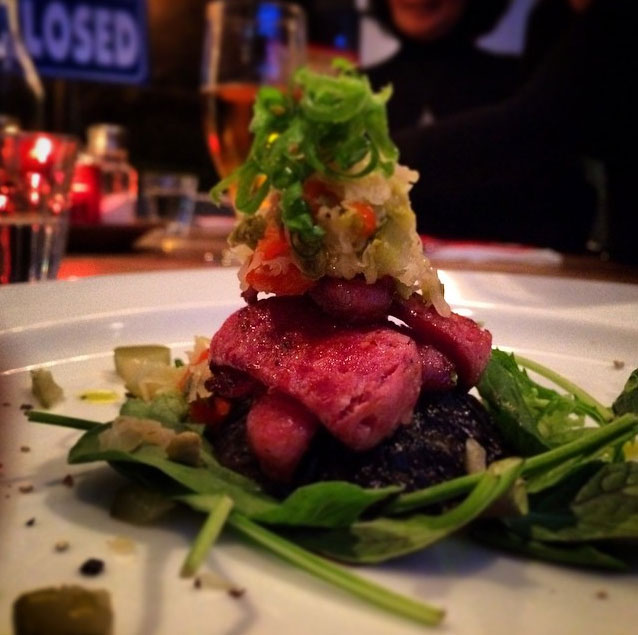 Wellington has quite a neat little dining scene happening.  We ate out on Saturday night at Topor, a Polish restaurant that served great food and had an extensive selection of vodka. 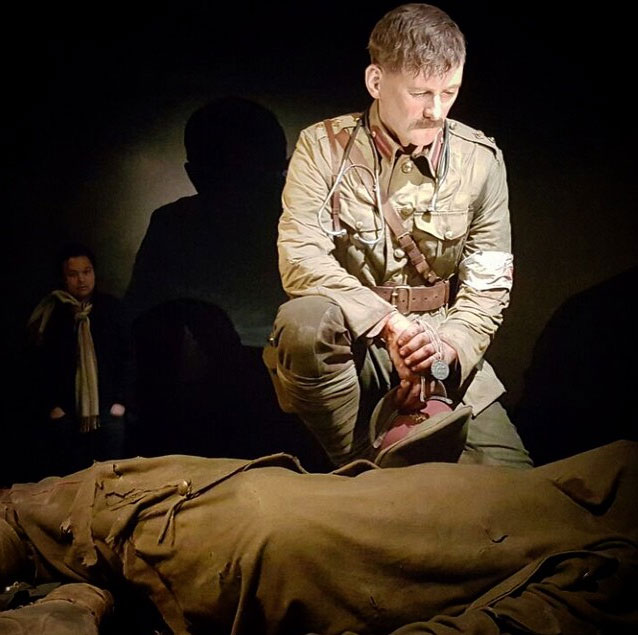 The Te Papa Museum had a Gallipoli exhibition which was co-funded and supported by Weta Workshop.  The exhibition – dubbed ‘The Scale of War’ – focused on the personal stories of six individuals who were involved in World War One.  The exhibit had production values of an incredibly high standard using an array of multimedia devices and most memorably included eight gigantic lifelike statues that were 2.4 times the scale of humans. 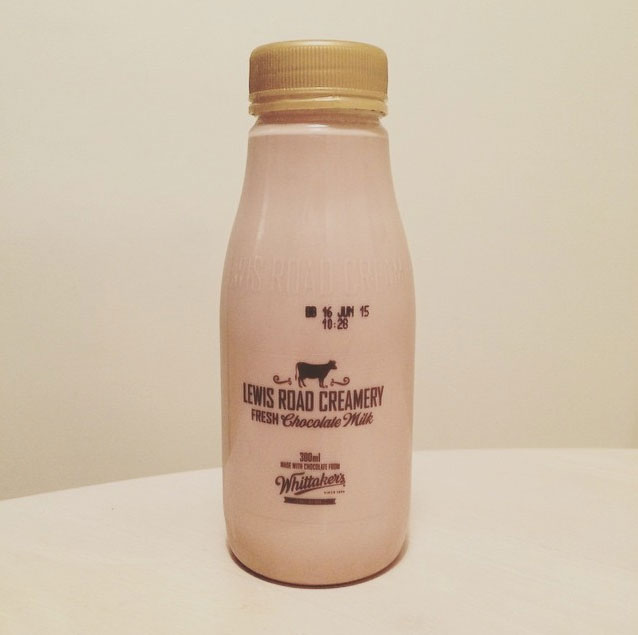 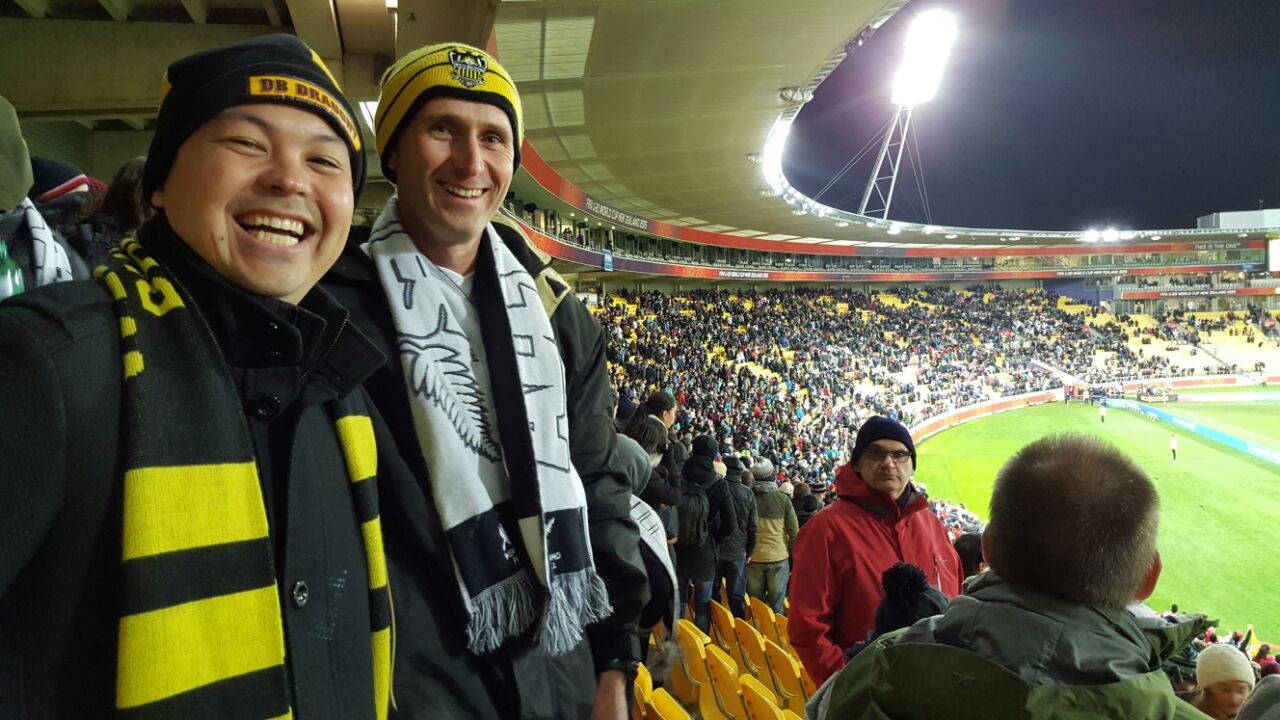 We saw a double header at Westpac Stadium, fondly referred to by the locals as ‘The Cake Tin’.  After witnessing a dour scoreless draw between Austria and Argentina, the hosts of the tournament delighted the fans as New Zealand stormed from a goal down to beat Myanmar 5-1. 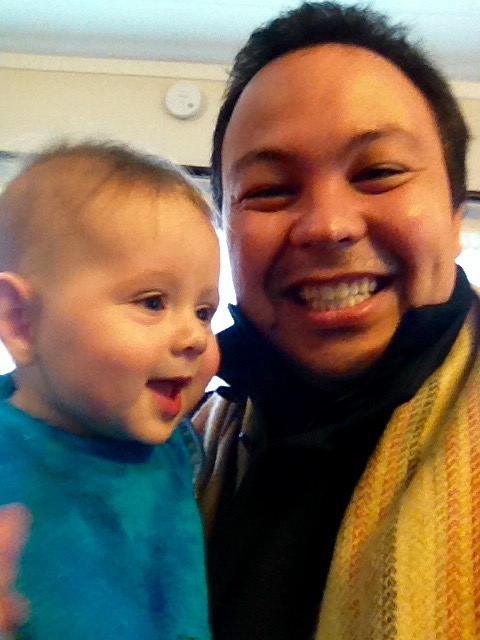 Meet Jamie – the newest addition to the Erskine family.  He’s only six months old but he’s a very happy chappy. 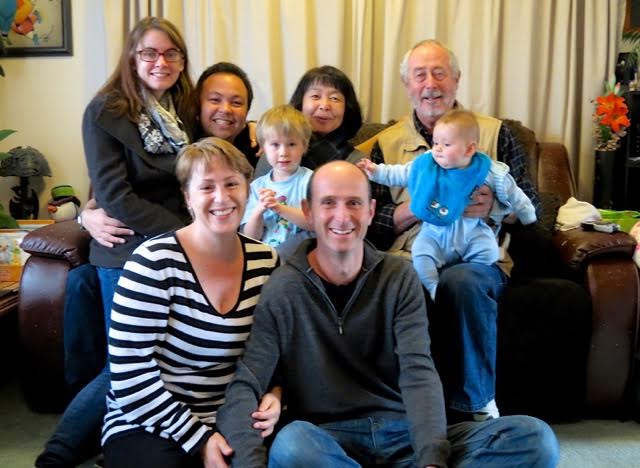 Previous: LEGO Ghostbusters Ecto-1 21108
Next: Inside Out 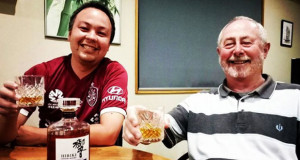