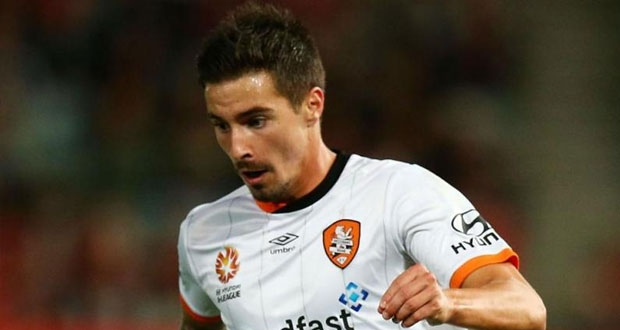 After a tumultuous off-season, Brisbane Roar kicked off their 2015/16 campaign in the most unexpected fashion taking all three points on the road at Pirtek Stadium against the Western Sydney Wanderers.  The opening match of the 2015/16 campaign started with a flurry of goals – all four arriving in the first 35 minutes of the game.

The Roar were without several first choice players with captain Matt McKay away on Socceroos duty and others (Henrique, DeVere, Solozarno) succumbing to injury.  But it was an opportunity for the new signings to make their mark and thats exactly what they did.  New Spanish signing Corona was impressive and industrious in the middle of park, his work rate and pin point passing the ideal replacement for Luke Brattan who left the club a month prior.  New striker Jamie Maclaren, who scored ten goals last season for Perth Glory but was unable to secure a starting position in the team, made a memorable debut for the Roar scoring a brace.  He was quick to pounce on a defensive error deftly chipping the ball over an oncoming Andrew Redmayne for the first goal and then he scored a second twenty minutes later with a terrific poachers effort during a goal mouth scramble.

The Wanderers had a new look squad after a third mass clear out of players in as many seasons by Tony Popovic.  It was a season of highs and lows in 2014 for the Wanderers as they made Asian club history by becoming the first Australian side to win the Asian Champions League but it came at the cost of a miserable A-League season.  Truth be told they looked pretty ordinary against the Roar with some shocking defending and some key signings – new marquee striker Federico Piovaccari – failing to fire.  It’s too early to say but after two amazing seasons where they made back to back finals appearances, perhaps midtable mediocrity might be the new norm for the club.

News and Notes From Round One 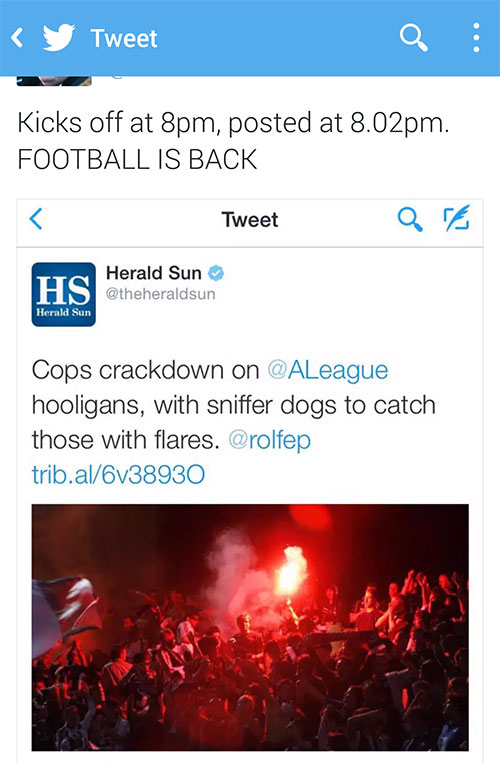 That’s actually our away kit #CCMFChttps://t.co/ttbNgiBplP