Uncharted: Golden Abyss is the first time the Uncharted series has gone portable and it also marks the first time the franchise has been taken out of the hands of creators Naughty Dog.  The reigns have been handed over to Sony’s own Bend Studio.  It’s probably the most high profile launch title for the Vita and while it’s not really a killer app for the wider public, it is without a doubt the game that made me want to pick up the console in its infancy.  I love the Uncharted series.  Where it goes, I follow.

When dealing with portables and adaptations of home console franchises, its often a case of less is more.  If Golden Abyss had attempted to recreate the large-scale set pieces of Uncharted 3 on the Playstation Vita’s 5″ screen, I think it would’ve been something of a disappointment.  Instead, Bend Studios wisely opts to break the game up into smaller chunks that are less about recreating Michael Bay style set pieces and more to do with good old fashioned exploring.  If you felt that Uncharted 3 was influenced by Call of Duty Modern Warfare‘s ‘everything must explode’ campaign mode, then Uncharted: Golden Abyss feels more like a homage to the original Tomb Raider.

When you’re a gamer who’s just purchased a new console, you want a game that provides a sense of validation for the new hardware and Uncharted: Golden Abyss does that pretty well.  The game looks gorgeous.  The texturing in the game is a little so-so but there’s no denying it looks great in motion and some of the effects, in particular the water and lighting, look absolutely terrific.

The story this time around has Drake working a job for a treasure hunter named Dante who sets off into South America in search of the answers to a mystery of who massacred a group of Spanish explorers 400 years ago.

I’ve mentioned before in past reviews of Uncharted games that I liken the boy’s own sense of adventure to that of the very best Tintin tales.  I definitely felt that sense with Golden Abyss.  It’s a story filled with exotic locations, tinpot dictators and hidden treasure.  Drake’s world is one in which there are still ancient catacombs yet to be uncovered and lost civilzations that reward the most intrepid and ingenious of explorers.  I felt like Naughty Dog had a rare misstep with the tone of Uncharted 3.  To my mind it was a little too poe-faced and too reliant on spectacle.  Golden Abyss on the other hand is simple and delivers more effectively in its modest storytelling.

Some of this stuff feels novel the first time around.  Most of it feels rather daft.  None of it spoils what is at heart, a solid portable adaptation of one of the Playstation 3’s best franchises.  Uncharted: Golden Abyss is a great way to experience the Vita and it vindicates the Vita’s less glamorous but most important addition over the PSP:  it’s dual analogue stick means that the game can be navigated and controlled in a fashion that PSP games never could.  The shooting mechanic feels accurate.  Controlling the camera is a snap.  It bodes well for the future of the system and the quality of the games to come.

Summary : Translating the bombastic, big screen experience of Uncharted onto a portable device is no mean feat and Bend Studios have done an impressive job. 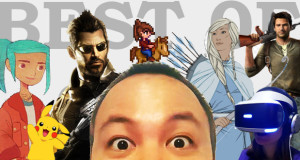 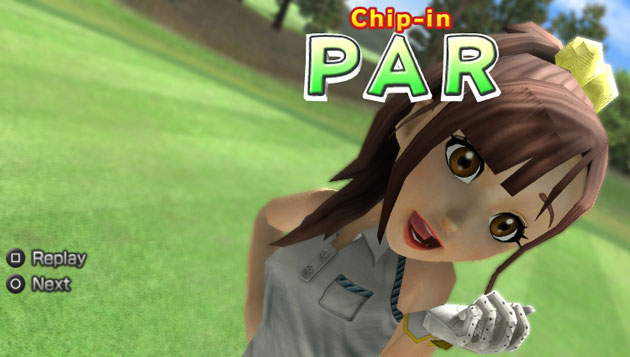