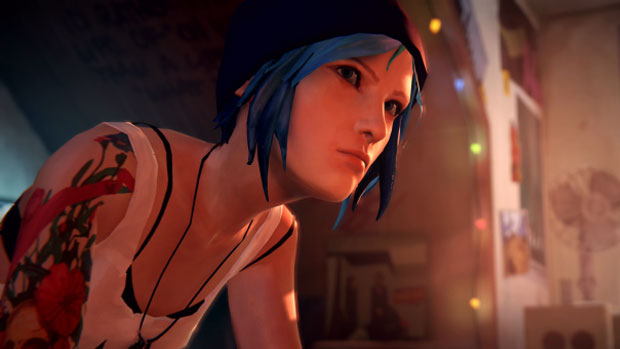 One of the most pleasant surprises of 2015 was the emergence of a new wave of narrative based video games, spear headed by a handful of unlikely and little known developers such as Supermassive Games, Sam Giles and Dontnod Studios.

Dontnod were responsible for Life Is Strange, an interactive and episodic mystery show in which two teenage girls, Max and Chloe, navigate their way through a turbulent week at the sleepy seaside town of Arcadia Bay.

Max is a girl with special powers.  She discovers during her photography class that she has the ability to rewind time.  She first applies this newfound talent to something totally benign – an opportunity to re-answer her teacher’s question and give the correct answer.  But moments later, she rewinds time for something much more significant – a school shooting.  But like all good time travel stories worth their salt, tampering with the time space continuum carries unintended consequences, whether you tamper with something big or small.

All is not right in Arcadia Bay.  Max’s BFF Chloe is troubled by the disappearance of her friend Rachael.  Max has a premonition of a mighty storm that will wipe out Arcadia Bay.  And there are plenty of ominous portents of something terrible on the horizon – masses of beached whales along the coastline, a trust fund brat who’s hiding a family secret and a girl who is being bullied to breaking point.

Narrative games were packaged in all sorts of ways in 2015 and when it came to episodic story telling, there was nothing better than Life Is Strange.  Crucially, Dontnod were able to get each episode out in timely intervals (averaging six to eight weeks between releases) and each chapter had both a satisfying amount of content and ended on an enticing cliff hanger to keep devotees talking and speculating over how the story would end.  Life Is Strange is one of the first episodic video games that I can recall that genuinely had fans generating ‘water cooler conversation’ about the experiences they had and where they guessed the story would lead.  There were some absolutely sensational storyline twists and the ending of Episode 2 & 3 in particular really helped to ensure Life Is Strange drove strong word of mouth from its devotees.

One of the things that I most enjoyed about Life Is Strange is that it explores uncommon ground for video games – a friendship between two high school girls – and it does so in a way that feels plausible and genuine.  The language used by Chloe and Max, the prevalence of social media and smart phones, the interaction with boys like Warren, all came together in a way that felt like I was playing through an interactive version of Veronica Mars. 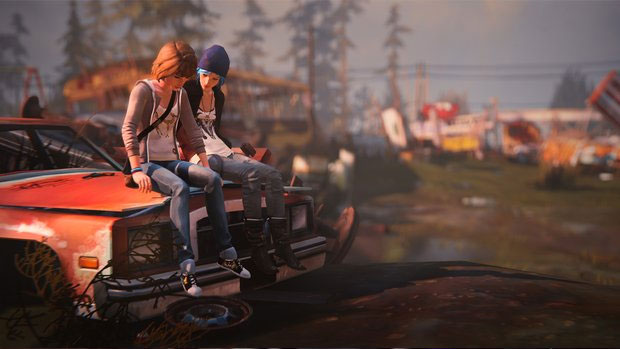 Often a stumbling block for narrative driven games is finding the right level of depth with the play mechanics, ensuring they’re substantial enough to keep players engaged, non-intrusive to the pacing and flow of the storytelling, and delivered in a way that doesn’t feel incongruous when compared with the non-interactive portions of the game.

Dontnod gives players a handful of puzzles to solve each episode using the time warping mechanic and although they were generally pretty easy to solve, there were some creative uses of Max’s powers that explored the concept in interesting and unexpected ways.  Only one section involving the collection of beer bottles stood out as feeling too ‘gamey’ and poorly paced.

Not unlike their contemporaries at Telltale Games, Dontnod grants the player some key choices in the outcome of the story, affecting the fate of several characters.  Broadly speaking, the overarching narrative will steer all players in the same direction but when its this well written, I think that is no bad thing.

Also, I found that the more subtle and discreet decision-making choices in this game to be the most rewarding, particular giving the player control over the nature of their relationship with Chloe and Warren.  I am reminded of an excellent Eurogamer article that highlighted the unique nature of the relationship between the player and Warren in particular.  So often the player is placed in the role of the romantic pursuer.  It’s interesting to flip the roles and see how the player responds when a nerdy teenage boy, trying a little too hard to be cool, is trying to flirt with you the player.

Generally speaking, video games shouldn’t feel obliged to compare themselves to Hollywood or the television industry but with narrative driven games, perhaps it can be a fair comparison to draw.  Life Is Strange isn’t in any danger of challenging the best dramas on HBO or Showtime in terms of narrative sophistication but there are definite signs that the gap is closing.  The writing and voice acting in Dontnod’s game is decent fare and considering the slender budget that the game was produced upon, the clean art style is effective and occasionally, even capable of producing an elegantly framed shot.  In particular, some of the scenes with Max and Chloe chilling in their bedroom, listening to music and shooting the breeze really did a great job encapsulating the carefree teenage comradery at the heart of the story.

Quirky, heartfelt and with a bookish charm not unlike its protagonist Max, Life Is Strange deservedly turned heads with its creative concept and solid execution.  Mystery, murder, unexplained phenomena and new friendships – that week in Arcadia Bay had it all.

A teenage girl develops powers that allow her to fast forward and rewind time.

Summary : Full of charm and character, Life Is Strange is an expected delight.

Previous: Halo 5: Guardians
Next: The Revenant