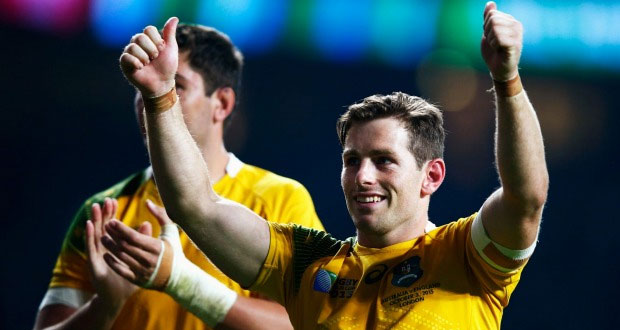 This weekend marks the arrival of the Rugby World Cup Knock Out stage.  After an entertaining Group Stage that saw some shock upsets and some enthralling underdog victories, we’re now arrived at the nitty gritty end of the tournament where just eight teams remain.

Here’s a recap of the Group Stage and my predictions for the remainder of the tournament.

Notes:  This was expected to be a brutal group for qualifying and boy did it deliver with England becoming the first host nation in the history of the competition to get knocked out in the Group stage.  All three matches between the Tier A teams were entertaining encounters and the Wallabies under new coach Michael Chieka look the most threatening they have in years.  The two most notable improvements for the Wallabies have been the improvement in the forward pack under the Argentine Mario Ledesma and the lack of reliance in the backline on talented but tempermental players like Quade Cooper and Kurtley Beale.  Both have had cameos in the side but aren’t the centre piece of their attacks.  Bernard Foley’s consistency with the boot has also been a huge asset.

Notes:  This group will forever be remembered for Japan’s performance and most notably their last gasp win over the Springboks.  The Cherry Blossoms had won just one match in the history of the tournament prior to RWC 2015 and here they won three games.  It seems rather cruel that the side go home after a 3-1 record.

Scotland and the Springboks advance to the knockout stage of the tournament but neither side have looked particularly impressive with both teams labouring to beat Tier B sides.  The decline of Polynesian rugby is sad to see as Samoa put in one of their most disappointing performances in the Rugby World Cup and Tonga nor Fiji were much better.

Notes:  I watched a grand total of two games from this Group because there wasn’t really anything worth checking out.  The best team in the comp, Argentina and a bunch of easy beats.  Nothing memorable or noteworthy happened.  For the All Blacks, the tournament starts this weekend.

Notes:  France and Ireland both advanced from Group D without too much difficultly and there is a very tasty quarter final encounter between Les Bleus and the All Blacks in Cardiff in a rematch of the 2007 quarter final and the 2011 grand final.

An unexpectedly entertaining encounter from this group was minnows Romania storming back from a 15-0 deficit to beat Canada. 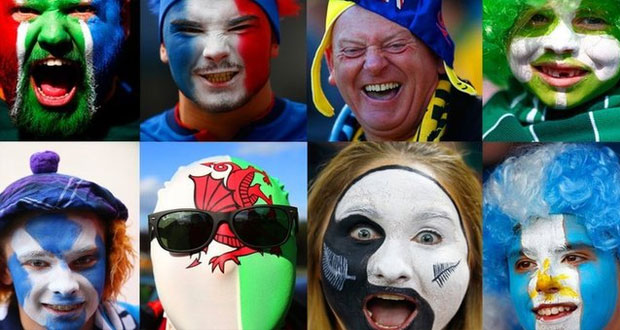 With the unexpected early exit of England from the tournament it falls to Scotland and Wales to carry British hopes forward in the competition.  I would like nothing more than to see Wales advance over the South Africa.  The Springboks would typically be favourites in this encounter but current form and crowd support will hopefully see Wales get over the line and advance to the semis.  They showed great character in coming from behind to beat England 28-25 and they will be ever reliant on their stars – George North, Owen Farell etc. – to step up on the big occasion.  Lets hope they can do it.

Who Will Win:  Wales

New Zealand had the most uninteresting Group Stage of all the major sides in the tournament and then in the quarter finals, they are in the most enticing match up.

The All Blacks and Les Bleus have a great rivalry in the World Cup.  The All Blacks defeated them in the finals in ’87 and ’11 to claim their two Web Ellis trophies but Les Bleus has also been their bogey side in the ’99 and ’07 World Cups as they famously pulled off two miracle upsets to bundle the perennial competition favourites out of the tournament.

The form of the two teams suggest that the All Blacks should win comfortably.  But as anyone with a Facebook feed full of Kiwi friends will tell you, they are scarred from the two defeats and will never write off the French side ever again.  With France, you can chuck the form guide out the window when they play the ABs.  You just roll the dice, hope for the best and see what happens.

Who Will Win:  New Zealand

Ireland have been on a role in the Rugby World Cup, steam rolling their opposition in the Group Stages, including France, in rather comprehensive fashion.  That last match however, came at a cost as they lost Paul O’Connell to a hamstring tear.  Argentina, for their part, were surprisingly competitive against the All Blacks for forty minutes, and looked solid in their games against the other minnows in the group.  The sides have met three times in the Rugby World Cup with Argentina having the edge 2-1.  I expect the fanatical support of Irish fans will tip the scales in their favour however.

Who Will Win:  Ireland

Although this is the game where I am most invested emotionally in the two sides, its also one of the matches I expect to be the least competitive with Australia looking the better side by some margin.  Whilst other Six Nation countries put up valiant efforts against the All Blacks, the Springboks and the Wallabies in this tournament, Scotland opted to field a B-strength squad in the Group Stage against South Africa and not even attempt to compete against them.  They also laboured in their victory over Samoa.  I think the Wallabies will win this in a cantor.

Who Will Win:  Australia