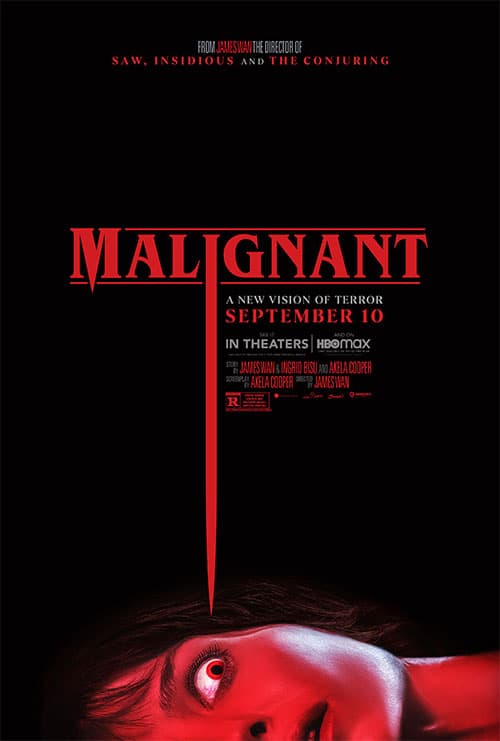 A pregnant young woman named Madison Lake (Maddie Hasson) feels unwell and leaves home from work.  There, her abusive husband Derek confronts her and attacks her.  During the confrontation he hits Madison’s head, drawing blood.  She locks herself in her bedroom and eventually goes to sleep.  She has a premonition of a man entering their home and violently attacking Derek.  When she comes to, she discovers Derek is dead and that the entity responsible may still be in the house.

From this basic set up, James Wan has delivered one of the finest horror films of the year.  The initial setup will feel like pretty standard horror fare to fans of the genre, but even so, it’s supremely polished and handsomely put together.  Wan is just 44 years old and yet he is arguably the most influential creator of horror films this century having created multiple legendary franchises – Saw, The Conjuring, Insidious – before pivoting to tentpole blockbuster action movies such as The Fast and the Furious 7 and Aquaman, both of which grossed over a billion dollars at the box office.  Malignant represents a return to his horror roots and from the first hour of the film you can see he hasn’t skipped a beat.  Everything from the camera work that teases the unseen supernatural presence to the unnerving soundtrack is meticulously put together and enourmously enjoyable to watch.

Maddie Hasson is excellent as Madison, the woman who keeps seeing nightmarish visions of a deadly attacker and begins to suspect they may actually be real events.  The role requires plenty of big emotions and reactions to the madness around her and she absolutely nails the delivery.  A lot of the success of the film’s big third act rides on her performance. 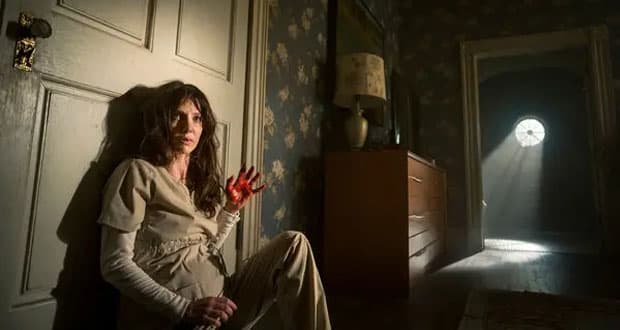 And what a third act it is.  The start of the film suggests a well honed but formulaic supernatural thriller.  Just when you think you know the answer, James Wan changes the question.  Malignant has an absolutely bombastic, totally insane, stupid-bordering-on-genuis twist in store for its audience.  I watched this at home on a quiet rainy Tuesday night and the moment Malignant played its hand, I stood and yelled at the tv.  Then basically remained standing, jaw agape, at the incredible closing act.  It’s madness.  Out of this world.  Completely bonkers.  I loved it.

Of all the films I’ve watched during this hellacious and interminably long pandemic, this, this is one I wished the most I had seen in a crowded movie theatre, just to soak in the audience reaction.  It would’ve been a riotous response to rival Get Out.

Malignant is one of those films where a wildly inventive movie director has gone out and made their riches in Hollywood and then returned to make a small-scale picture in a genre they’re comfortable in.  It’s Guillermo Del Toro’s Crimson Peak.  It’s Sam Raimi’s Drag Me To Hell.  Films that probably don’t rate that highly or stand out in their filmographies, but are very much appreciated by long time aficionados.

I love this movie.  I heard some word of mouth buzz, gave it a chance and never looked back.  It’s my most enthusiastically recommended film of 2021 and everyone I’ve convinced to watch it has loved it.  One of the year’s scariest, strangest and wildest.

Madison is paralyzed by shocking visions of grisly murders, and her torment worsens as she discovers that these waking dreams are in fact terrifying realities.

Summary : You think you've seen it all in horror films and then something like Malignant comes along and blows your socks off. Absolutely hilarious, sensational acting and hugely enjoyable.