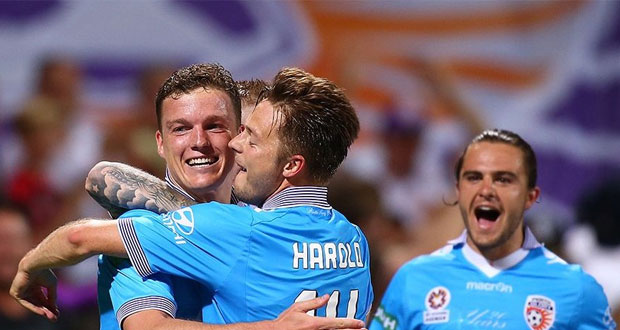 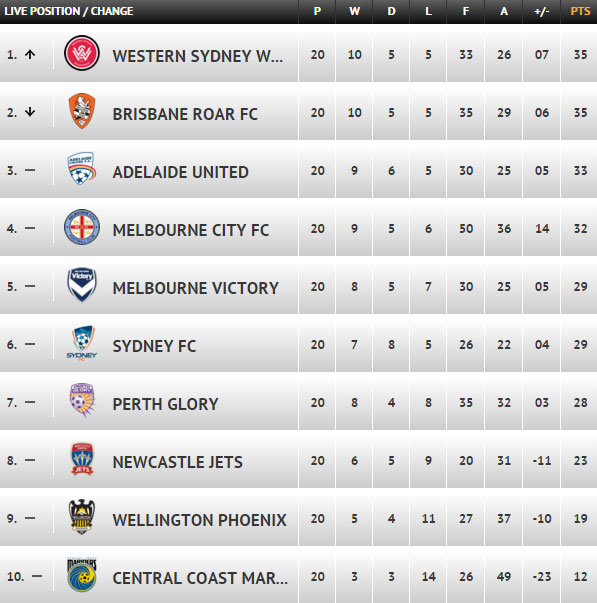 What a season it’s been.

With all the drama on and off the park, I’m not sure anyone would necessarily say that the 11th season of the Hyundai A-League has been a good one, but it certainly has been unpredictable.  With two thirds of the competition complete, there can be no doubt about it.  The two form teams in the competition are Adelaide United and Perth Glory.  Adelaide have been unbeaten in a club record twelve rounds and Perth Glory’s destruction of Brisbane Roar was their sixth win in a row.

What makes things interesting is that neither team are on the top of the table.  In fact, Perth are still outside of the top six that qualify for the finals.  Both teams had an absolutely woeful start to the season and are still chasing the rest of the pack (although Adelaide are more or less there now).

For the last five years, the dial for Brisbane Roar has often flicked dramatically between Championship Quality and Worst In The League.  They were champions in 2011 and 2012 under Ange Postecoglou.  They were literally bottom of the ladder under next coach Rado Vidosic.  They won the title under Mike Mulvey’s first full season then the following season they were bottom once more when he was hastily shown the door.  This season, supporters are getting both Brisbane Roar sides in a single season.  The team has been at the top of the table longer than any other team but when they have lost games, they have done so spectacularly.  In 2016 alone, they have lost 4-0 to Melbourne Victory, 4-1 to Adelaide United and now 6-3 to Perth Glory.  If it wasn’t for the team thrashing Central Coast Mariners two weeks ago, the club could’ve almost ended up in the bizarre scenario of being top of the table with a goal difference of +2.

The first half between Perth Glory and Brisbane Roar was one for the record books.  The teams went into the shed with Perth leading 4-3, the most goals ever in a single half of A-League football.  The Glory finished the game with 6, the most number of goals a team has ever scored against Brisbane.  The boys in Orange had no answer to Perth’s simple but effective strategy of lumping in crosses and getting their biggest players to crash the ball home into the back of the net.

Where do the teams go from here?  Brisbane will effectively need to rebuild their defensive strategy from scratch.  This was the team fielding their strongest XI and they were demolished by the team currently seventh in the competition.

Perth will look to go on with it from here.  They look in ominous goal scoring form.  It’s an incredible reversal of fortune and its amazing to think that next season they will have their squad bolstered by the addition of former Golden Boot winner and Socceroo James Troisi. 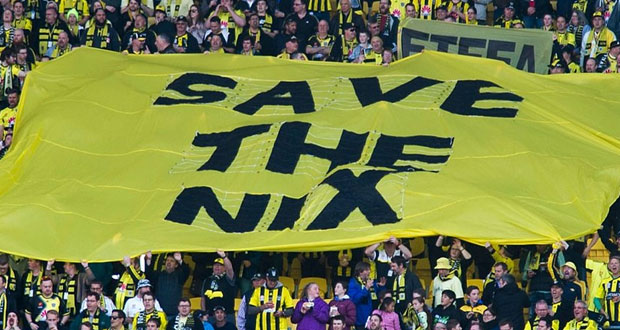