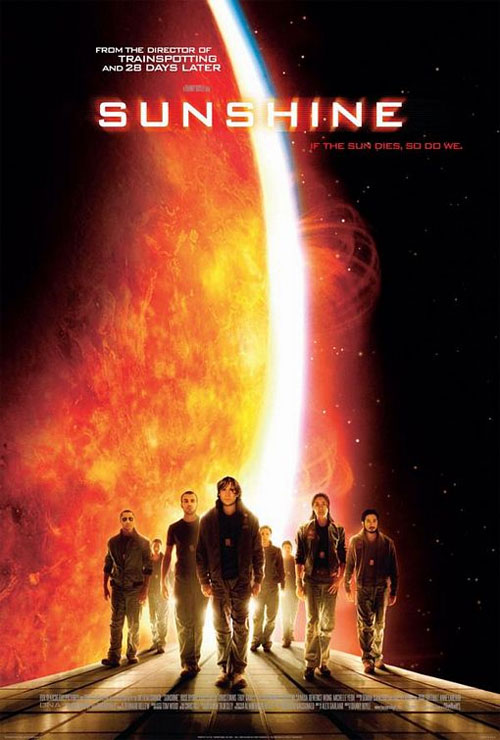 In the year 2057, Earth faces a bleak future.  The sun is starting to fade causing Earth to freeze over (global cooling!) and mankind’s best hope of survival rests on a team of astronauts onboard the spaceship Icarus.  They were sent on a mission to deliver a payload into the sun which, if detonated correctly, would ‘reignite’ the sun and save humanity.

A second mission, the sensibly named Icarus 2, now travels to the sun, to try and complete the mission the first Icarus failed to do.  We join them in progress as they are about to hit the ‘deadzone’, where they will go out of contact with Earth.

Danny Boyle’s Sunshine is an ambitious and schizophrenic film that builds a foundation based on the science fiction genre’s best known conventions and archetypes.  Icarus II is a talking computer that controls the ship.  No exposition is needed because the influence is obvious.  The set design and paranoia amongst the crew aboard Icarus 2 is also reminiscent of Alien.

Although we originally come to know the crew of Icarus 2 by their occupations as captain, psychologist, scientists and technicians; what really ends up dividing the crew is the increasingly harsh moral challenges they face.  What if there is only enough oxygen for 4 people onboard when there is a crew of 7?  What if 3 people need to use a spacesuit and there is only 1 left?  On a mission where success is paramount, a lot of decisions boil down to being a measure of logic versus emotion.  It is then that we come to know and divide the crew as realists and humanists.  Alex Garland’s script continually throws curveballs at the Icarus crew and it makes for an excellent psychological drama.  There is also some interesting casting against type:  you’ll be surprised at who is the first person to consider aloud that some people need to ‘take one for the team’ and give up their lives for the good of the mission.

The film takes a turn in its third act and steams towards the climax as an action packed horror.  This is easily the weakest part of the film as the tension in the first two thirds of the film goes flying out the window and instead we get some hectic sequences shot in the same style as the spasmodic fighting scenes from Batman Begins.  It is difficult to see what is actually happening and things become somewhat abstract.  It’s not enough to undo the good work from the start of the film but you can’t help but feel the payoff could’ve been a little more satisfying.

Sunshine remains a strong addition to the wildly varied and largely excellent body of work from Danny Boyle.  That path now goes from Scottish heroin addicts to Cameron Diaz romcom to zombies overrunning Britain to family fare to space opera.  Thats quite the journey.

Don’t blame it on the sunshine

Summary : Its a little uneven in quality but there's still no denying the merits of this film as a whole. Danny Boyle is as creative and entertaining as ever. 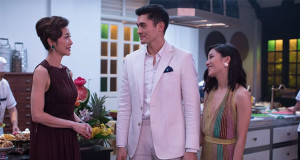