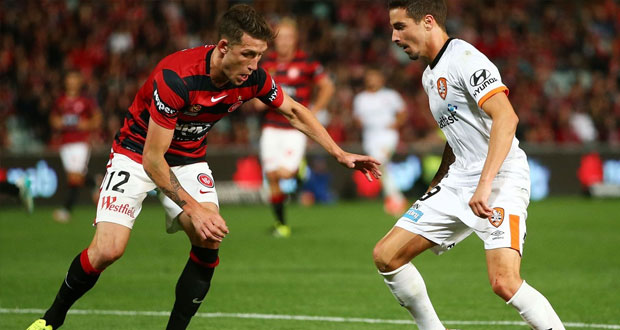 For most Brisbane Roar fans, this has been a season of frustration and inconsistency.  Despite only the one loss this season and now a run of six undefeated games, the Roar find themselves unable to hit fifth gear.  They’ve had moments of promise, as they did in this away fixture to Western Sydney Wanderers, but for the seventh time in eight games they’ve failed to score more than one goal and they’ve now recorded their fourth draw of the season.  Only Jamie Maclaren was able to find the back of the net and that was after a needlessly conceded penalty by the Wanderers.

For most of the game, the Roar sat deep and played defensively, a tactical decision from John Aloisi that isn’t something that fans have been used to seeing from their club.

To make matters worse, this week Jamie Maclaren’s agent went public with the players ongoing contract negotiations with the Roar stating that the club’s most recent offer was ‘a disgrace’.  The Roar find themselves in a tough spot with both marquee spots for next season stitched up with Tommy Oar and Brett Holman (neither of whom are playing well enough to warrant that position in most people’s opinion).  It would be a disaster for the club to lose Maclaren to a rival club because they couldn’t find room in the salary cap.  It would be the Besart Berisha situation all over again.  Coincidentally, Western Sydney Wanderers are rumoured to be one of the clubs vying for Maclaren’s services.  That’s if they’re not able to secure the contract of aging Irish football star Robbie Keane.