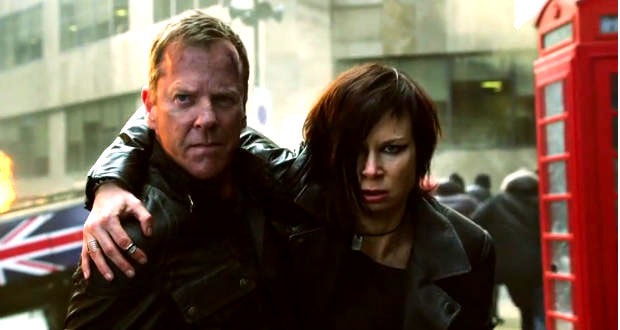 Jack Bauer is having another very bad (half) day.

After a four year hiatus, Jack Bauer, America’s greatest freedom fighter and professional ass kicker, is back and this time, he’s on a deadline.  Perhaps as a concession to budget constraints or convincing producers that it was the only way to get the show back on the air, Season Nine of the venerable Fox action show is half the length it used to be, clocking in at 12 hours instead of the normal 24.  Weirder still, the final episode ‘cheats’ and doesn’t play out in real time which I believe is another first for the show.

In Live Another Day, Jack is hunted out of retirement in London where he is lurking around undercover after a tip off that a possible terrorist attack would be taking place with President Heller visiting the British prime minister Alastair Davies (played by Stephen Fry in an inspired piece of casting).  Heller is visiting the UK trying to curry the favour of the British MPs for his drone program which is bombing the daylights out of terrorists and civilians alike in the Middle East.  These indiscriminant attacks spur on Margot Al-Harazi, a widowed terrorist who plans to hijack the American drones and use them to kill Heller and attack British soil as retribution.

I must admit, I was a long time fan of 24 who eventually reached the point of burnout by the time Season Eight rolled around.  It turns out though that absence makes the heart grow fonder and 24‘s four year break has done wonders for restoring the show’s appeal.  Saddling up for Live Another Day was a hugely enjoyable, if not familiar, thrill ride.  In fact, I think part of the reason I enjoyed it was because it was so familiar feeling.  Jack is back.  Chloe is back.  Jack works out what’s going on and inexplicably no one trusts him again.  There’s a mole in the CIA.  There’s another one amongst the White House staff.  There’s evil Russians and Chinese pulling the strings after the villain from the first half of the season gets killed.  And Jack solves his problems with a fierce barrage of unrelenting, eye-watering violence.  It’s good to have you back, 24.

Even the show’s purposefully contrarian and button-pushing politics is back.  24 always enjoyed mixing in ethical quandaries inspired by current events, never quite settling on a liberal or conservative side of the fence.  The show was famously cited by an American supreme court judge in a ruling on the effectiveness of torture.  Now that it’s 2014, the show happily wades into using drone warfare as a plot point.  They’re shown to be dangerous, controversial and liable for killing innocent civilians.  And yet their chief advocate is President Heller, one of the show’s long standing good guys whose character is virtuous and unquestioned.

24 is still in love with Muslim terrorists as their chief antagonists but once again, they turn convention on its head by having the orchestrator of the attack be lead by a Caucasian female.  The role is played by Michelle Fairley, best known for playing Lady Stark in Game of Thrones, and she looks to be relishing the opportunity to play an out-and-out villain.

The show uses its British setting with mixed results.  It certainly isn’t very interested in introducing many British actors, other than Stephen Fry as the PM.  Instead, it mostly uses its new locale for some shameless landmark promotion that made me wonder if the show was being funded by Britain’s tourism council.  “Meet me at Wembley stadium!”  Sure thing, Jack. 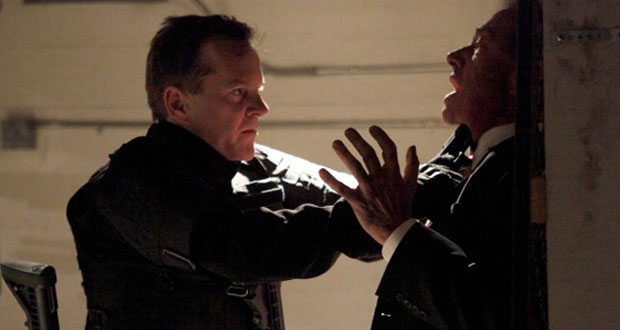 I’m poking fun but really, I absolutely loved this season.  It was a tense, suspenseful and action packed thrill ride that showed that the show could still go and there is still life left in 24.  I wondered in this day and age with the popularity of shows like Game of Thrones which are allowed to be more gruesome on HBO, whether Jack Bauer might feel like he’s lost some of his edge hanging out on free-to-air television.  I needn’t have worried.  His ass kicking in Live Another Day still has the capacity to shock and delight its audience.

There are some entertaining new characters brought into the mix including Aussie actress Yvonne Strahovski who does an excellent job as Kate Morgan, one of the few CIA characters who show any signs of competence.  The show also hasn’t shied away from killing off well-established characters and this season they give the ‘silent clock’ send off to one of the long standing favourites.

The new half-length format gave the season a sense of momentum that made it absolutely fly by.  Judging by the fans reaction, it was a complete success and left everyone wanting more.  Particularly with that ending.  ‘I consider you my best friend’ was a touching farewell if this is to be the last time we see Jack Bauer but I hope it isn’t.  Live Another Day was way better than I expected it to be.  I’m back on board.  I want Live Another Day Season Two.  Bring back Jack! 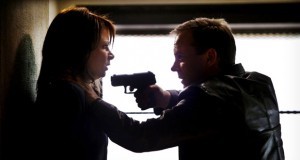 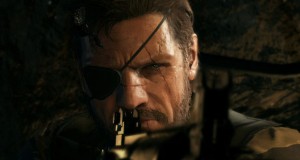