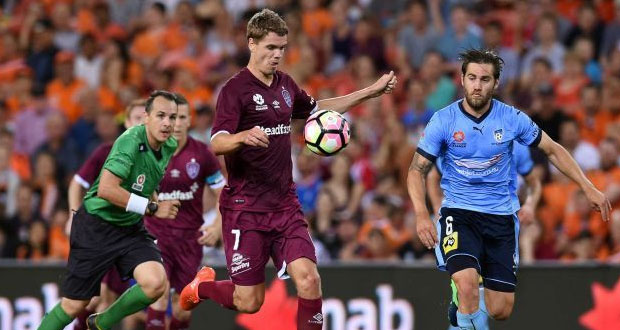 Brisbane Roar became the first team to take points off runaway competition leaders Sydney FC when they held them to a 1-1 draw at Suncorp Stadium.

The Roar came away with a point thanks to a Man of the Match performance from goal keeper Michael Theo who went from conceding 7 goals from 9 on target in recent weeks to saving ten shots in a single game.  A number of those chances were point blank saves in a 1 on 1 situation as the Roar backline gifted Sydney FC a shocking number of gilt-edged chances.

Although the Roar were fortunate not to lose the contest, they do now have a run of five unbeaten matches.

The game was the first time that the Roar wore their new maroon kit.  Roar promoters shaped the contest as a ‘State of Origin’ clash and it seemed to do the trick with 17,000 in attendance on the night – an extra 2-3k above the Roar’s average figure. 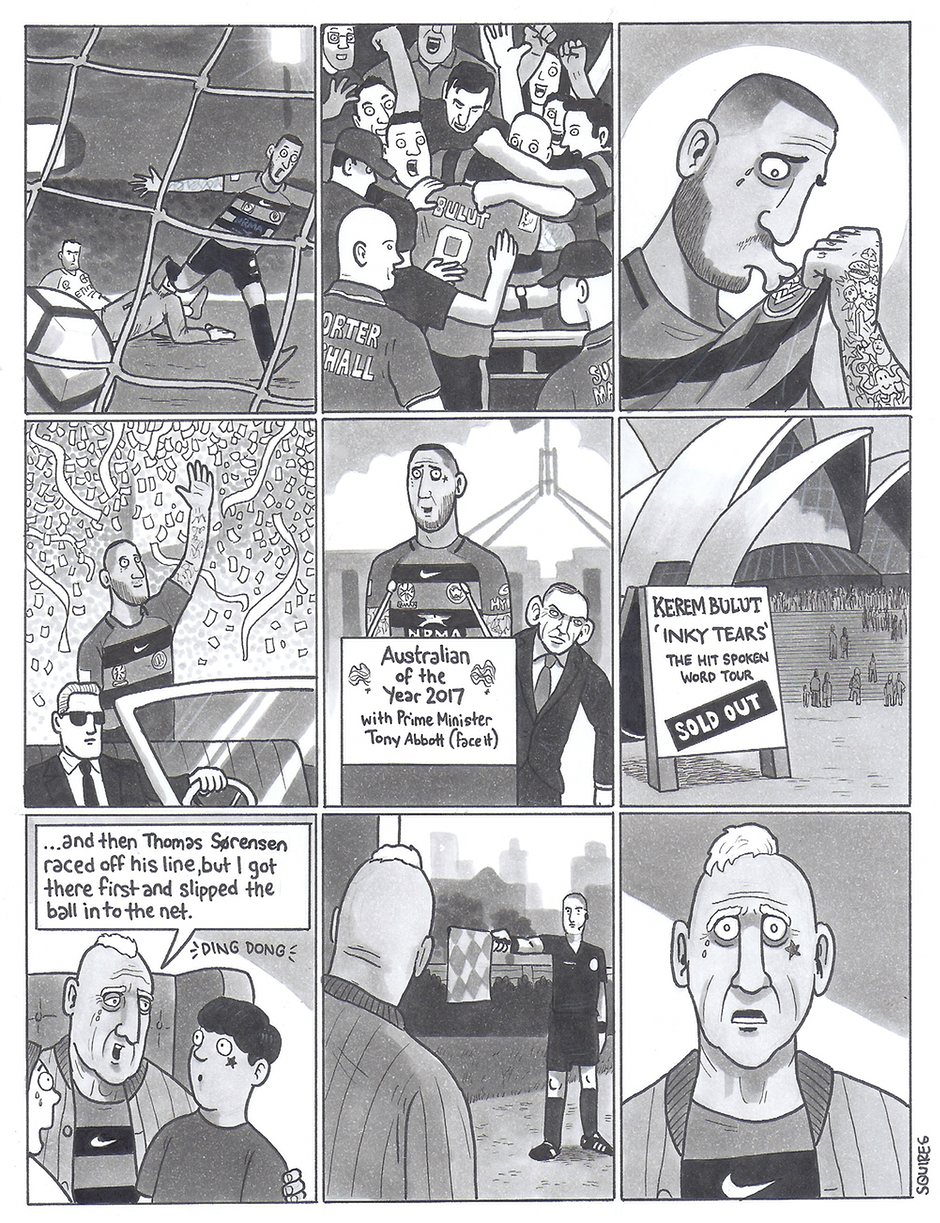