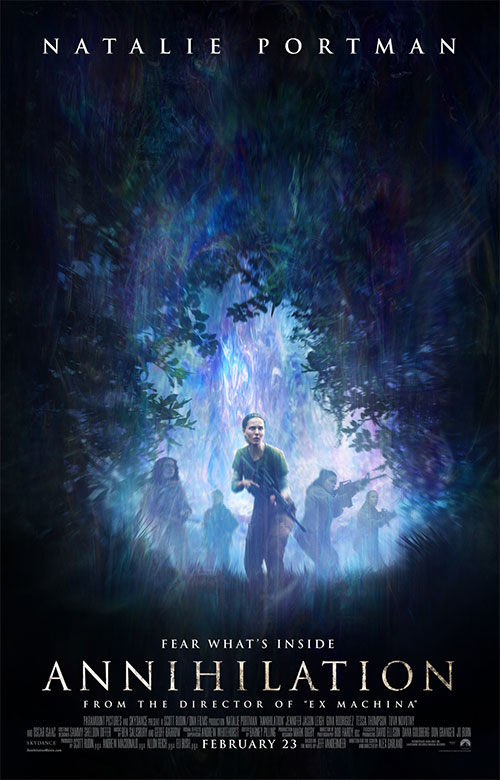 Annihilation is the most recent movie I think of whenever I need to be reminded of how stupidly hard it is to get a film made and distributed out of Hollywood.  Annihilation released earlier this year on Netflix but it only landed there because director Alex Garland was unsuccessful shopping this film around to various film distributors for a cinematic release.  That’s right, the guy who did 28 Days Later, The Beach, Ex Machina and Never Let Me Go couldn’t find anyone interested in distributing a sci-fi film with a cast including Natalie Portman, Tessa Thompson and Jennifer Jason Leigh.

Good thing for us that Netflix is around because it has made the film accessible to a wide audience and guess what, it’s a damn fine movie.

Based on a novel of the same name by Jeff VanderMeer, Annihilation begins with a woman named Lena (Portman) being questioned at a quarantine base.  We learn that the government has been investigating the mysterious appearance of a gigantic electro-magnetic field they have termed The Shimmer.  Lena’s husband Kane entered the Shimmer with a team but did not return.  Lena joined an expedition to rescue him but has suffered amnesia and can only partially remember what happened.

Through flashbacks we see Lena and her team enter the Shimmer and gradually uncover its secrets.  Their entrance begins with an attack from a crocodile that appears to be spliced with shark DNA and it gets wilder from there. 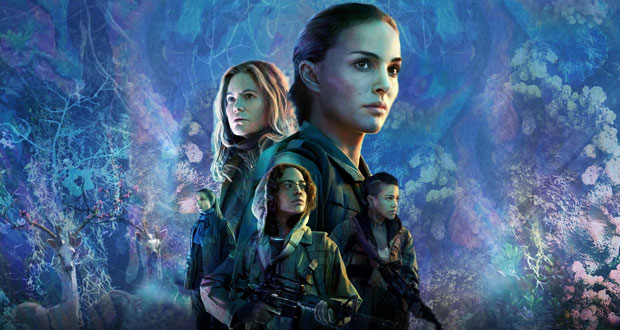 Annihilation is an ambitious and sophisticated sci-fi, that is stylistically unlike most of its contemporaries in the genre.  It has a very cerebral and thoughtful tone.  I’m not sure how much of that is owed to the original creator’s vision or whether Garland is just a bottomless well of inspiration when it comes to making these films.

The dream-like visuals and the way Annihilation melds the emotional state of its characters with their physical form is an intriguing concept and there is enough ambiguity left in the resolution to leave you pondering what happened long after the credits roll.

It’s a shame Annihilation didn’t get a widespread release in cinemas.  It is an artfully made production and I would have enjoyed the opportunity to see a film like this in a communal environment and watch the responses of others around me to the film’s various twists and turns.  Regardless, I’m happy Netflix gave the film a second chance.  Garland has made many memorable films over his career and Annihilation continues his fine form.

A biologist signs up for a dangerous, secret expedition into a mysterious zone where the laws of nature don’t apply.

Summary : An excellent low-fi thriller from Alex Garland. Thought-provoking, challenging and with a great cast.