TV Show Round Up: Dumb, Drunk & Racist, The Newsroom 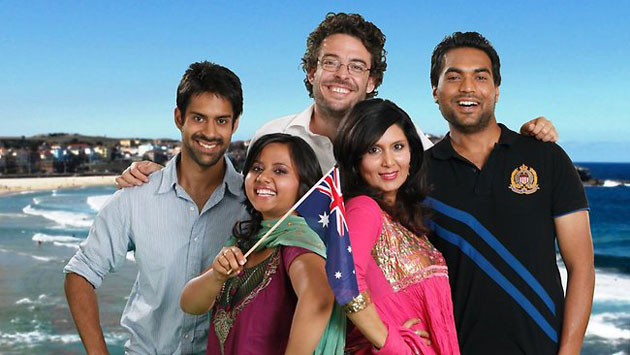 “Initially the show was called “Dumb, Drunk or Racist” and you only had to be one or the other. We changed the name to all three after visiting Queensland.”
– Joe Hildebrand

This ABC2 program opens with a narration from host Joe Hildebrand who explains that in Indian call centres, staff are taught that the average Australian who they will speak to will most likely be ‘dumb, drunk and racist.’  Depending on the Australian you talk to, this can be either confronting or not entirely unexpected.  Whats interesting to learn in the opening minutes of the show is that international students are big business for Australia.  It’s our third largest form of revenue in the export sector but that number is in decline.  And thats partly due to the rapidly dropping volume of Indian students.  After a spate of attacks on Indian students in Melbourne in 2008, a huge media backlash in India stoked fears that Indians were being targeted by a broadly racist Australia that was violently attacking them en masse.  It becomes apparent when Joe talks to everyday Indians that most of them think that if they visit Australia, there is a very high likelihood that they would be victims of either verbal or physical abuse.

Hildebrand take four ordinary Indians to experience Australia for themselves.  The show was originally conceived to show Australia in a more positive light.  Unfortunately, it doesn’t quite work out as planned.  Although the Indians meet plenty of friendly and accomodating locals in Australia, they are also cop plenty of racial abuse while doing nothing more than standing on a street corner.  One drunken local in Melbourne simply walks up and screams ‘White Pride, motherfuckers!’ at their face and tells them to go home.  In Alice Springs, they are physically attacked by aboriginals who throw rocks at them.

The show debuted to record viewing figures for ABC2 and is an excellent talking point for race relations in Australia.  I thought the show was pretty even-handed in its presentation.  After all, Joe Hildebrand doesn’t really do much more than take the four Indians around varying locales and stand there.  He doesn’t have to bait people into a reaction, it just happens naturally.  There are some friendly people but there are also some super racist jerks also.  It’s interesting to see the varying reactions from the four Indians to their reception from the Australian public.  The guys seem a tad more relaxed and forgiving, the women much less so.

At the end of the third episode, Jen and I concluded that the four visitors seemed like lovely people and we’d like to invite them over for tea. 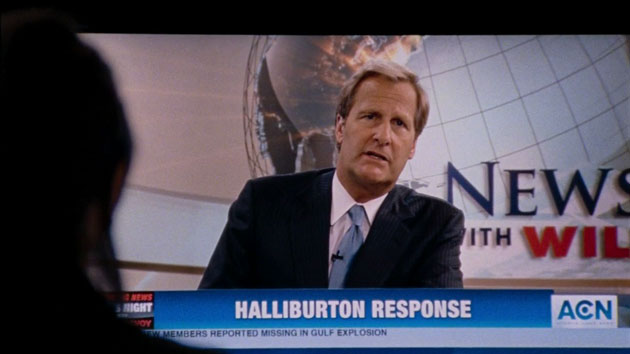 The Newsroom – Pilot – “We Just Decided To”

I can recall few shows that have had such a rollercoaster reaction from tv critics as the reception that Aaron Sorkin’s The Newsroom has had.  And this is after just two episodes have aired!  The initial feedback to the teaser that was released months ago was one of giddy anticipation.  Here was the return to television for Aaron Sorkin, creator of the much loved series The West Wing and fresh from writing the screenplay for the award winning film The Social Network.  Now Sorkin would be taking on cable news and offering up some social commentary on the low hanging fruit that is contemporary news media.  But after just two episodes, critics are panning the show and fans aren’t very happy either.  Why?

I’ve only seen the pilot so far which I thought was pretty good, but the cracks are certainly there.  Sorkin has a very distinctive style of presentation with his shows (talk fast, plenty of quips, walk long corridors) and what seemed fresh with The West Wing in 1999 is going to have diminishing returns and a sense of staleness in 2012.  What’s most notably different from The West Wing however is the genial idealism that permeated that show nearly fifteen years ago is replaced with some heavy-handed soap boxing in the script that projects Sorkin’s inner cranky old man shaking his fist at the state of the world through the mouth of news anchorman Will McAvoy.  The target of his bile in the opening episode is the youth of today.  From the opening scene where McAvoy takes a sorority girl to task for asking what makes America great to the general portrayal of the young workers in his office, McAvoy is portrayed as a throwback to The Good Old Days when Wise Old Men were trusted and valued for their sacred, ethical delivery of broadcast journalism.  McAvoy’s ‘character flaws’ are that he is brash, outspoken and prefers an accurate and incisive news story over a popular puff piece.  It’s the equivalent of answering that job interview question about your own shortcomings by answering that you ‘work too hard.’  McAvoy is clearly going to be the centrepiece of The Newsroom and right now he barely seems to exist as anything more than an idealistic manifestation of what Sorkin perceives is missing in news anchors today.

Curiously, the show also undercooks the female roles with both Mackenzie McHale and Maggie Jordan being defined almostly exclusively by their relationships with male counterparts.  Considering the type of roles that Sorkin has created in the past, such as Mrs Cunningham and CJ in The West Wing, this is probably one of the biggest sources of disappointment in The Newsroom.

But I said I mostly enjoyed the pilot and I stand by that.  I still enjoy the banter that Sorkin serves up and even though the shitty standard of modern day cable television is an easy mark, I like the idea of a show that has the wide eyed optimism to imagine an alternative.  While its disappointing that there isn’t a better developed cast of characters out of the blocks, its still early days and the most number of episodes that any critics have seen is the first four.  The first season has nine episodes so there is still time for the show to find its feet.

TV Show Round Up: The Newsroom