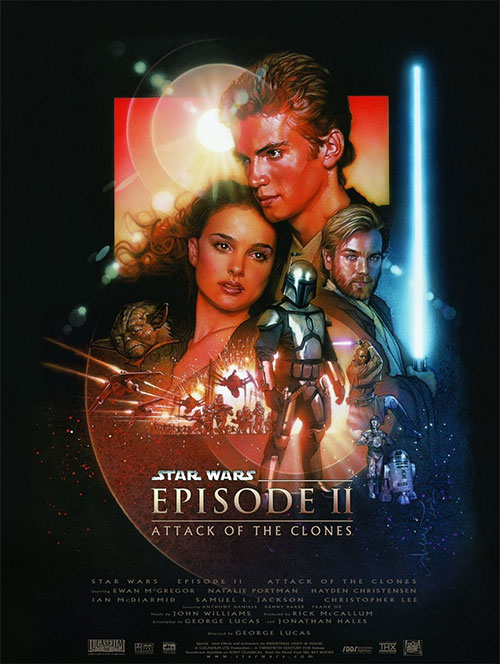 After the shocking disappointment that was The Phantom Menace, all eyes were on George Lucas to see if he could right the ship with its sequel Attack of the Clones which arrived three years later.

What we got was a modest improvement.

Its damning the film with faint praise but I think we can all agree that Attack of the Clones was a better film than The Phantom Menace.  Unfortunately, it’s not much better.  And if the whole reason to produce the New Trilogy was to tell the story of the formative years of Anakin Skywalker and how he became Darth Vader then Attack of the Clones should still be considered a miserable failing because the key scenes – Anakin’s romantic engagement with Padme and his falling out with Obi Wan Kenobi – aren’t just boring like the exchanges that took place in The Phantom Menace, they’re laughably bad.

After years of serving his apprenticeship under Obi Wan Kenobi, the film begins with a much older Anakin Skywalker who has grown to become a hot tempered young man.  He reunites with Padme who hasn’t aged a day (???) and after a lifeless and flaccid courtship, the two become romantically involved against the wishes of Obi Wan Kenobi.

Meanwhile, the eponymous Clone Wars are brewing as a clandestine hooded figure appears to be amassing an army of clone troopers with sinister intent.  One would imagine that the Jedi council should be doing something about all of this but they seem oddly tied up in beauracratic inaction.  When the New Trilogy was first announced and fans learned that they would catch a glimpse of a time when dozens of Jedis roamed the galaxy, I think few people imagined they would largely resemble a gathering of ineffectual local council representatives. 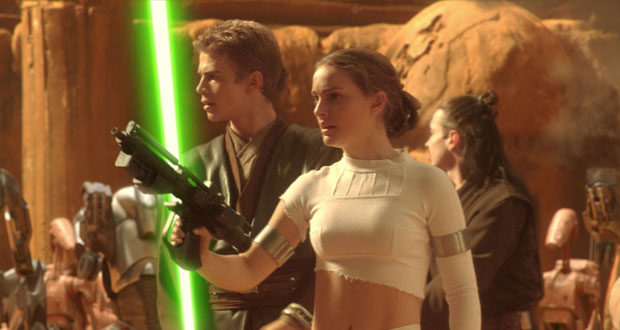 Looking back on the legacy of Attack of the Clones, it is Hayden Christensen who fares the worst.  The best that the likes of Liam Neeson, Natalie Portman and Ewan McGregor could do with Lucas’ script and direction was to deliver the lines in an awkard, wooden fashion.  However they ultimately came away unscathed and went on to enjoy long and successful acting careers.

Christensen fared much worse and there were many anecdotal stories of derisive laughter in cinemas breaking out as he attempted to emote unrequited love towards Padme and hatred towards Obi Wan.  His performance was comically awful and his reputation and career never recovered.  A pity because his turn as a disgraced journalist Stephen Glass in Shattered Glass suggests that Christensen had it in him to be a fine actor, just with the right script and the right director.

Attack of the Clones has its moments though.  Christopher Lee is a welcome presence as the absurdly named Count Dooku.  The man was a force of nature.  I remember wondering if his age would make him a risky casting choice for the film.  He was eighty at the time.  But not only would he steal the show with an over the top light sabre battle with Yoda, he would go on to star in The Hobbit trilogy, record a heavy metal album and live on into his Nineties.  The man was truly a legend.

Attack of the Clones.  Better than The Phantom Menace.  Still not all that great.

Director:  George Lucas Writer:  George Lucas Cast:  Hayden Christensen, Natalie Portman, Ewan McGregor, Samuel L Jackson, Christopher Lee After the shocking disappointment that was The Phantom Menace, all eyes were on George Lucas to see if he could right the ship with its sequel Attack of the Clones which arrived three years later. What we …

Summary : A slight improvement over The Phantom Menace but features a comically awful performance from Christensen.