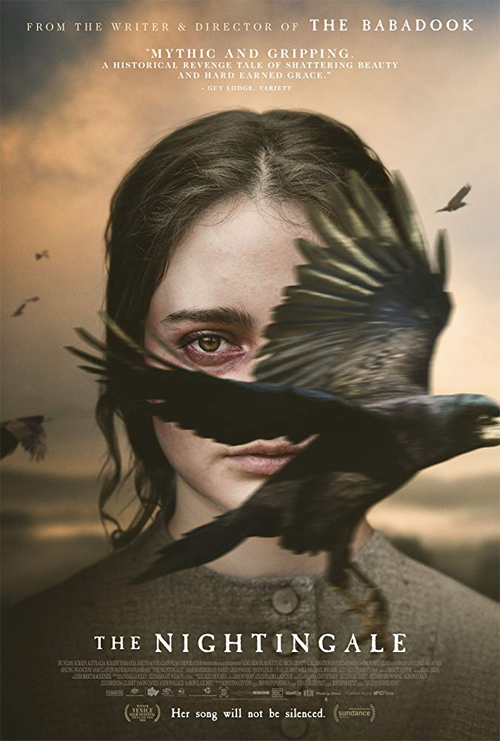 It’s 1825 and in the penal colony known as Van Diemen’s Land (now Tasmania), a young Irish convict Clare works as a servant for Lieutenant Hawkins.  Having completed a seven year sentence, she is desperate to be granted freedom for herself, her husband Aidan and their infant baby.  Hawkins has little interest in Clare’s freedom.  He forces her to sing for his troops (her talent earns her the nickname The Nightingale) and is more interested in his own affairs – chiefly a visit from Seargeant Ruse which may grant him a promotion he feels is long overdue and his opportunity to leave Van Diemen’s Land.

When Clare asks Hawkins for her release, he reacts violently and harshly to her request, beat Clare and raping her in his cabin.  Clare returns to her husband Aidan who suspects something but Clare insists he calm down and sleep the night before approaching Hawkins.  Aidan fails to take Clare’s advice and when he and Hawkins get into an altercation, Ruse dismisses Hawkins’ chance at promotion, citing his inability to keep peace and order.  Incensed, Hawkins takes two of his soldiers with him to Clare and Aidan’s home and inflicts upon them a harrowing and violent retribution.  He then leaves for Launceston, hoping to secure his promotion without Ruse’s endorsement.

When the local authorities shown no interest in delivering justice, Clare decides to pursue Hawkins to get her revenge.  She enlists the help of an Aboriginal tracker named Billy.  Culturally worlds apart, they initially have a fractious relationship, as Clare treats Billy with hostility.  Over time they find some common ground (a love of singing, a hatred of the English) and begin to form an unlikely friendship.  As the days pass, they get closer and closer to another encounter with Hawkins. 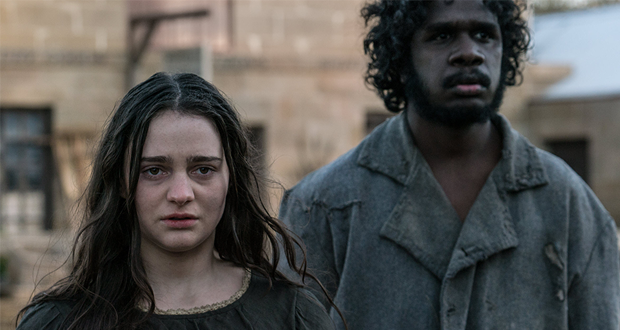 The Nightingale is one of the year’s most divisive movies.  It has seen mass walkouts at festivals in Europe and in Australia.  Some audiences have veraciously taken against the film and jeered during screenings.  Although I don’t agree with the detractors, I can understand the source of their ire.  I would place The Nightingale in a category of cinematic brutality and mental anguish that is only occupied by a handful of films such as 12 Years A Slave and The Passion of the Christ.  The opening half hour of this film is emotionally gruelling and makes The Nightingale a film that I would be extremely cautious about who I would recommend it to.  It requires a fortitude that I think very, very, very few people sign up for when they watch a film.  Australia is also a country that is still uncomfortable with acknowledging the genocidal acts of the First Fleet colonialists and I think most Australians would find the unflinching gaze of Jennifer Kent’s lens extremely challenging.

For those who can stomach it, there is a powerful and affective drama to absorb.  Aisling Franciosi and Baykali Ganambarr are both exceptional and utterly convincing in their performances as Clare and Billy.  There is a grounded realism that anchors The Nightingale and that means it is a revenge film that cannot and does not dabble in the sensationalism and blood lust commonly associated with the genre.  Clare is bent on getting her revenge but we suspect it will cost her her soul and probably more.  Likewise, its heartening to see the growing bond between Billy and Clare but there is an understanding by the audience that their time together is limited and they exist in a world that offers no chance of a peaceful conclusion.

It’s incredible to think what Jennifer Kent has achieved in her career to date.  The Babadook was crowd funded on Kickstarter.  I think everyone was expecting another horror film for her follow up.  The Nightingale confounds expectations and is a bold and jaw-dropping production of a totally different genre and scope.  It is made with astonishing craftsmanship and nuance considering it is just Kent’s second feature.  And crucially it shines a light on a dark passage of Australian history that few other filmmakers dare to tread.  Though extremely difficult to watch, it has its rewards for those willing to persevere.

Clare, a young Irish convict woman, chases a British officer through the rugged Tasmanian wilderness, bent on revenge for a terrible act of violence he committed against her family.

Summary : A powerful and deeply affecting film that looks back upon a time that modern Australia still struggles to reckon with

Previous: The TFW 100 Greatest Games of the Decade
Next: The Irishman 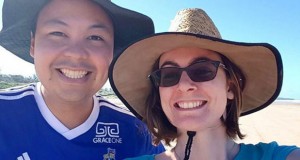 A Weekend In Rockhampton and Yeppoon