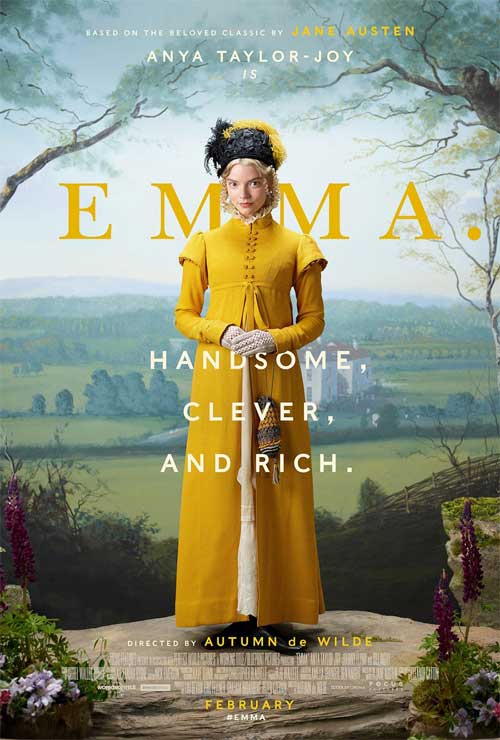 Socialite Emma Woodhouse’s friend and former governess Miss Taylor has married Mr Weston.  As Emma had been the person to introduce the pair, she claims credit for the marriage and decides she quite likes the business of matchmaking.

Subsequently, Emma befriends Harriet Smith, a naïve young girl who does not have money or a significant family heritage.  When Emma catches wind of farmer Robert Martin’s intention to propose to Harriet, she determines that Harriet may be marrying beneath her station and manipulates her into declining the proposal.  Instead she ear-marks Mr Elton, the local vicar, to be the ideal match for Harriet.

What follows is a pleasant and humorous social merry-go-round as relationships blossom, hearts and friendships get broken and Emma eventually discovers true love for herself.

Jane Austen’s Emma remains a popular source for cinematic and televised adaptations and Autumn de Wilde’s directorial debut is one of the most enjoyable yet. 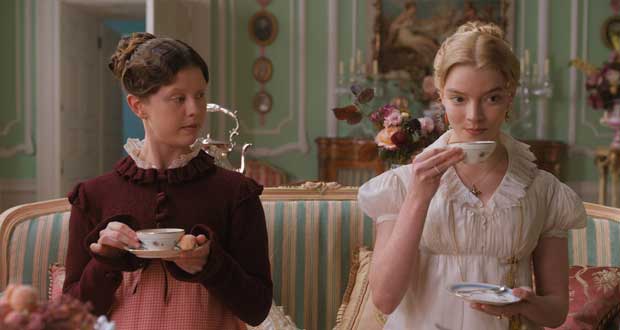 2020 has been a breakout year for Anya Taylor-Joy thanks to her lead performance in Netflix’s hugely popular chess drama The Queen’s Bandit.  I felt like I got on the bandwagon a little earlier thanks to her entertaining and spirited performance as Emma Woodhouse.

Taylor-Joy has a x-factor about her screen presence that anyone would kill for.  She has striking facial features and distinctive manner that exudes charm.  It is put to fine use in Emma as she schmoozes, teases, attracts and leads on hapless gentlemen and socialites around her.

Even if you’ve seen the BBC series, the Paltrow version or Clueless a million times, I can still recommend Autumn de Wilde’s adaptation.  It has by far some of the most eye catching costumes and set designs I’ve seen of an Austen production and the film manages to feel fresh and entertaining without needing to wildly upend its source material.

Taylor-Joy sharp-tongued barbs and a strong supporting cast including the always welcome Bill Nighy make this an easy recommendation.  As ever, there is a timelessness to Austen’s work and her observations about class, the institutions of marriage and social norms remain as astute and relevant as ever.

I think this film was somewhat overlooked at the start of the year but I suspect with Taylor-Joy’s skyrocketing popularity, it will rightly find the audience it deserves.

In 1800s England, a well meaning but selfish young woman meddles in the love lives of her friends.

Summary : One of the best adaptations of Jane Austen's Emma yet uplifted by a wonderful lead performance by Anya Taylor-Joy. 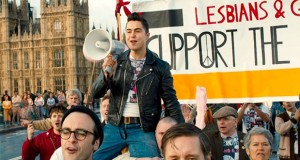