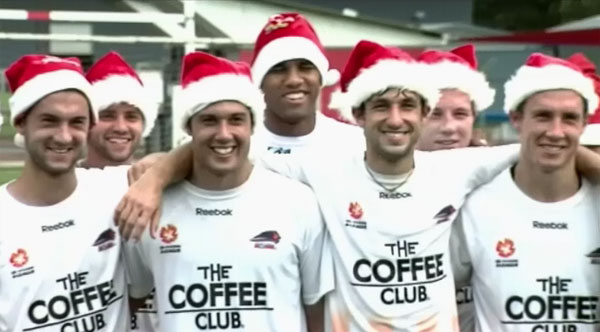 The Brisbane Roar had their third game on the road in a row this weekend.  This time it was a return to the SFS to play the league’s defending champions Sydney FC.  Last week Sydney copped an absoluting hiding from the Mariners 4-0 and so the Roar were mindful that they could be dangerous like a wounded lion.  Also, the Roar were keen to put an end to one of their own long standing hoodoos:  in the league’s six year history, they’ve never beaten Sydney at the Sydney Football Stadium.

I didn’t actually get to watch this game on TV as I was out enjoying a pre-Christmas lunch at Allan and Jules’ place where we had a fine three course vegetarian meal and I received this most excellent present:  a signed copy of The Two Gentlemen of Lebowski, an adaptation of my favourite film of all time The Big Lebowski, rewritten as a Shakespearean play. 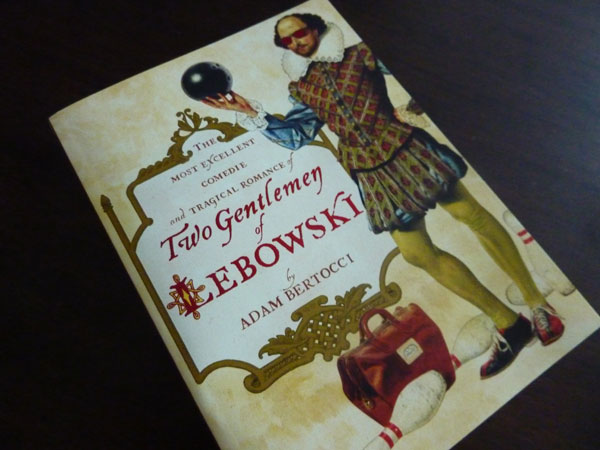 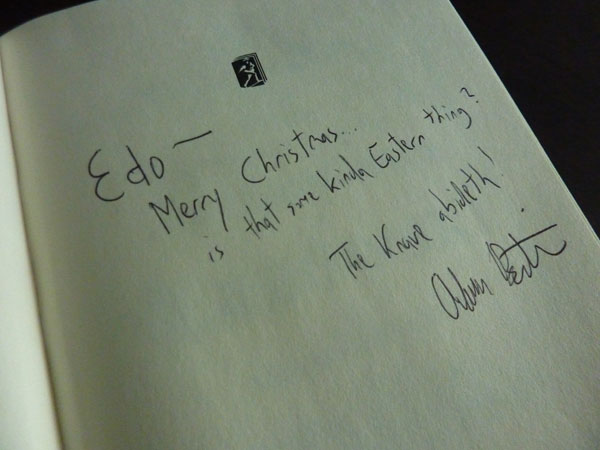 Happily, I learnt through the magic of Rich and his plentiful iPhone apps that we won the day 1-0, grinding out a historic first ever away win at the SFS with Kiwi striker Kosta Barbarouses making a welcome return to scoresheet, netting his fifth of the season.  That extended our undefeated streak to a formidable sixteen games and brought back the seven point cushion at the top of the table.  Additionally, there was also an early Christmas present announced in the local rag The Courier Mail:

Reinaldo has played his last match for the club.

How about that!  We’re finally rid of this lazy, washed up, has-been!  I imagine, that he’s probably gone into retirement as who on Earth would pay a cent for-

But it’s expected to be confirmed this week that Reinaldo is headed overseas – almost certainly to Qatar – on a two-year deal worth almost $2 million.

Qatar really does have more money than they know what to do with. 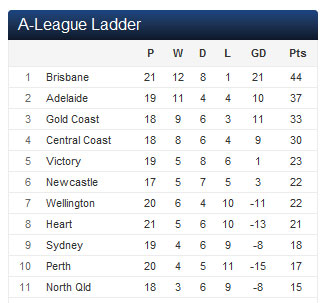