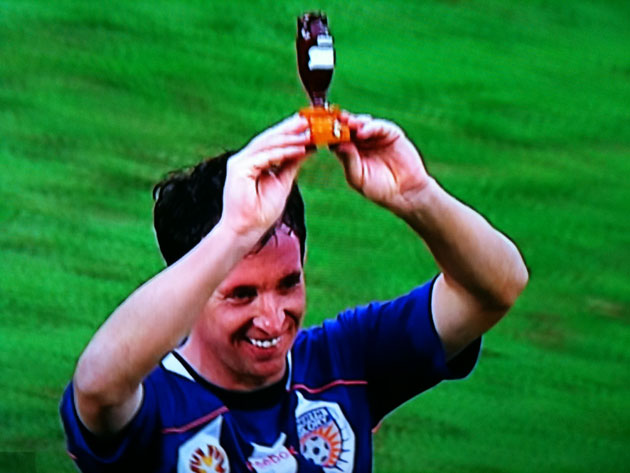 Robbie Fowler is a cheeky sod

The first home game of the New Year saw the Roar entertain the basement dwelling Perth Glory.  Although the Glory languish near the bottom of the table, they have hit a run of good form beating Adelaide United and drawing away to Gold Coast United in recent weeks.  Would the Glory finally be the team to end The Streak?

The short answer is no.  We came away with a point from the game but it was pretty ugly to watch.  For whatever reason, we seemed to lack our usual focus.  Maybe it’s because we’re still missing our captain Matt McKay who’s away for the Asian Cup or maybe its because Broich still isn’t 100% match fit after returning from his groin strain.  Regardless, after a meandering first half that saw a few good opportunities, the Glory took the lead through Mile Sterjovski who fired in a shot when he was given waaaaaay too much space inside the penalty box by an uncharacteristically out of sorts Brisbane defence.

After that, the Roar turned on the pressure but it took till the hour mark of the game before we found an answer when substitute and all-round cool guy Henrique beat his marker on the wing, fired in a dangerous cross and found the head of Mitch Nichols.  The game stayed 1-1 with neither side really deserving the win.

I managed to score corporate box tickets for this game but annoyingly, it wasn’t catered and you couldn’t bring in your own beer.  It was annoying because the way the Roar played that night was certainly driving me to drink.

Regardless, The Streak continues as the Roar have now gone twenty games without defeat.  The all-time domestic unbeaten streak in Australian football sits at 22, held by A.P.I.A Leichardt from the NSL days in 1987. 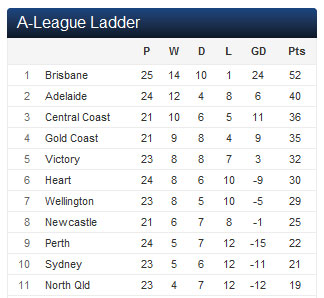 Previous: The Ashes Game Five – I Win
Next: TFW Guide to the AFC Asian Cup 2011