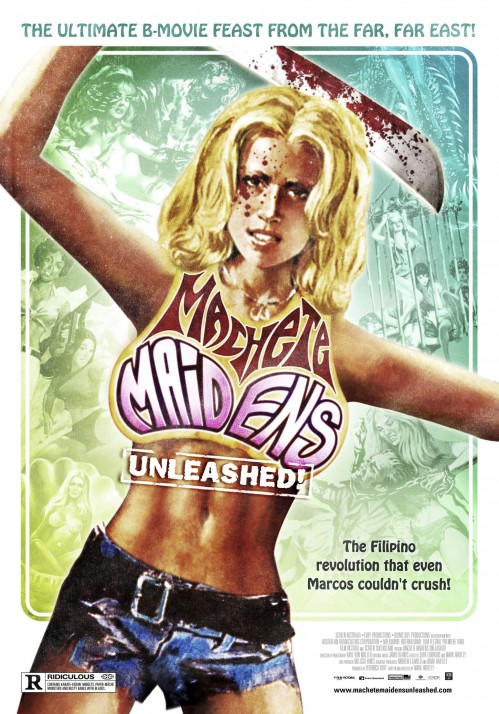 Machete Maidens Unleashed is a documentary about the boom period in the Filipino film industry during the Sixties and Seventies which, at its peak, was outputting something like 350 films a year.  Producers from the U.S were attracted to the market which was welcoming to Americans, had cheap labour and offered a ready-made exotic location.

What this translated to was an industry that outputted a glut of schlocky films that were typically aired at American drive-in cinemas.  Trashy exploitation films of women in bondage, monsters running amok and killers on the loose were all staples of this era.

Machete Maidens Unleashed is a pretty good primer for Filipino exploitation films but it also has its limitations.  For a documentary that has such great access to the people that were directly involved in the production of these films, there is an awful lot of references to wild parties and crazy things happening on the set but this is backed up by frustratingly limited detail.  Perhaps its because many of these people are still alive and working in the industry that they can’t say too much?  This documentary covers some entertaining subject matter but has the depth of a typical DVD extra feature.