Mega Shark vs Giant Octopus is a film that never quite delivers on the potential of such a great premise.  I think the worst accusation you can throw at a production about an oversized shark and octopus fighting to the death is that the film actually manages to feel quite dull at times.

It might just be that I’m quite particular about how I want these movies to be: comically gory, starring likeable down on their luck b-grade actors and love interests with big permed hair-styles.  Oh, and low budget special effects.

That last point is something that I think I may have to grudgingly let go as its probably cheaper and easier nowadays to use computer effects rather than having people thrashing around fighting rubber tentacles or a guy in a shark suit.  The days of seeing the types of effects in classics such as Crocodile (animatronics), Rats (puppies dressed in rat costumes) and The Toxic Avenger (prosthetic limbs being torn off) sadly seem to be behind us and instead we get films that have entirely computer-generated special effects that have the same lack of physicality that plagues films like Star War Episode I.

The story stars a smart and sexy oceanographer played by Deborah Gibson, who teams up with a Japanese scientist and her old Irish college professor to help aid a government organisation battle a giant prehistoric shark and octopus who were freed from melting polar ice caps.

The film has moments of promise.  The guy playing Lamar, the Irish professor, has the worst accent I’ve ever heard.  The surly FBI agent guy is pretty good too.  And yet the main attraction, the monsters themselves, are a real letdown.  I think its possible that they are too big.  They dwarf entire oil rigs and navy battlecruisers.  So there’s nothing like the classic imagery you get from Jaws or King Kong where the monsters come face to face with a hapless human screaming for help.  Mega Shark vs Giant Octopus is far too distant and removed.  This made me pretty indifferent to the action. 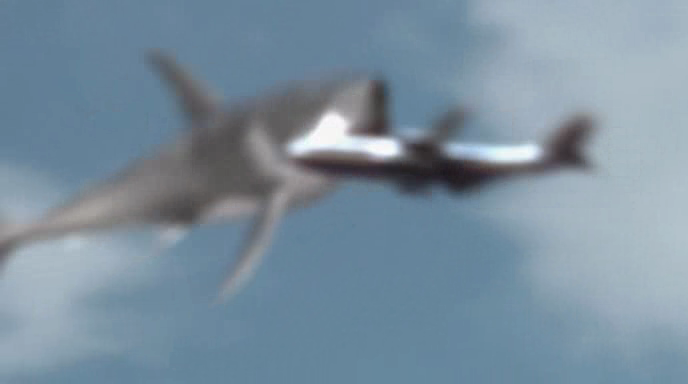 With rather bland action scenes, it falls on the dialogue and campy acting to carry the film and unfortunately, neither deliver strongly enough.  There’s certainly nothing on par with the quality of dialogue from Megalodon 3, thats for sure.

Ho hum. Such is life. I believe the rather successful advertising campaign for this film (over a million hits online for its trailer) will likely ensure a sequel of sorts. I’d like to recommend Mega Scorpion vs Giant Panda. I think that has potential.  This film just felt like an opportunity squandered.

Sharktopus trailer is up