The KFC Double Down Burger

I first read about the KFC Double Down burger about a year ago on the Internet.  It gained a certain measure of noteriety for being one of those ridiculously excessive and unhealthy American fast food meals you read about and can’t quite believe exists in this day and age.  For the uninitiated, it is a bacon and fried cheese sandwich where the buns are replaced with two pieces of fried chicken.  Garnish it in a generous layer of BBQ sauce and you’re good to go.  This thing probably has enough calories for your entire week.

Last week, they came to Australia and as a joke, one of my colleagues went out and bought about five of them for the office.  After succumbing to some peer pressure, I ended up trying one. 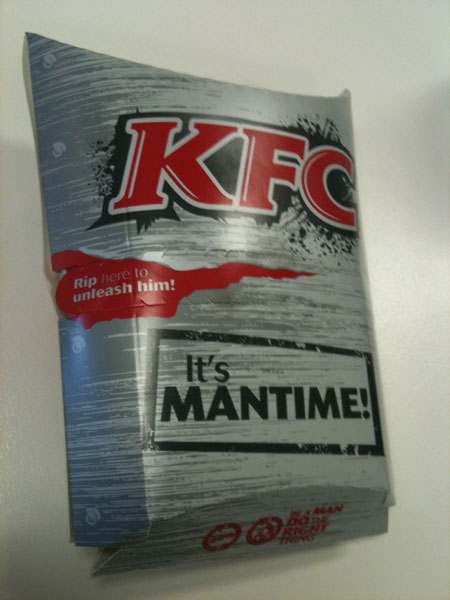 This is probably some of the most homo-erotic food packaging I’ve ever seen. 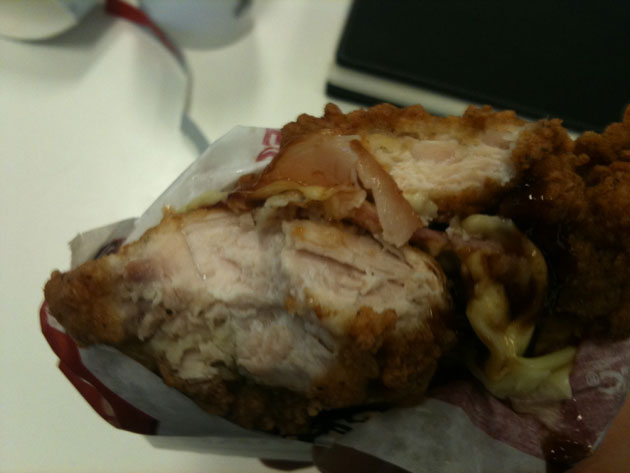 The Double Down in all its glory.

So how does it taste?  In a word, revolting.  Everyone has had KFC at some stage in their life but to slather it with bacon, cheese and BBQ sauce is a step too far.  It’s a bit like having a slice of the Meatosaurus pizza from Dominos and spreading some nutella on it.  I think partly by taste and partly by conditioning, I just couldn’t get my head around the idea of someone actually eating this out of genuine pleasure as opposed to a dare from some mates.

It makes me wonder what sort of look my work colleague got when he ordered five of them at the counter.

Tagged with: Double Down KFC

Catching Up With An Old Friend