Don't Miss
Home > Blog > Catching Up With An Old Friend

Catching Up With An Old Friend

Last week I received a Facebook message out of the blue from Kolitha who told me he was going to be in town over the weekend.  It was the first time I’d have a chance to catch up with my old flatmate from university since 2003.  Jesus, had it really been seven years?

It was great to see the guy.  He got fat.  So did I.  We caught up over a few drinks and talked about what we’d been up to.  Both got married.  He owns property.  I still rent (boo-urns).  He got into marketing.  I got into management.  He has sweet perks like overseas travel on the company dime.  We both still watch South Park.  Both fondly remember the good old days in Perth.  Hanging out in Victoria Park.  Watching midnight EPL games and buying munchies at 3 a.m from We Never Sleep.  The weird students we were in class with.  The ones we kept in touch with.  The ones we didn’t.

It was pretty awesome.  Kolitha is definitely one of those dudes that I can catch up with and within minutes we’re getting on as good as we always did.  Its a shame we were only able to catch up for the one night really.  Hopefully next time it won’t be seven years between drinks. 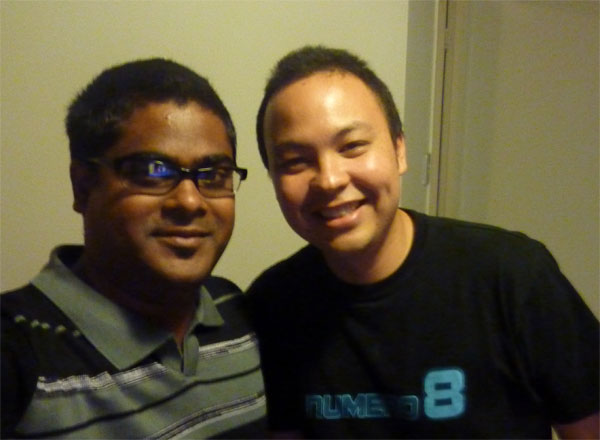 That Rug Really Tied The Room Together

The KFC Double Down Burger