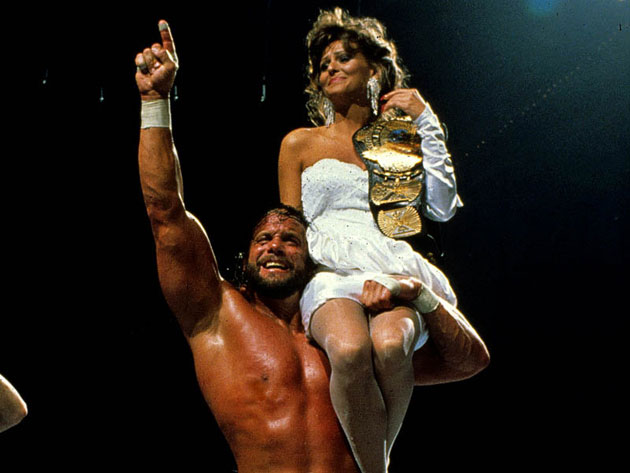 I was very sad to wake up to the news that Macho Man Randy Savage passed away last night.  Savage had left the wrestling business years ago, gotten his life together and had remarried.  He had a heart attack while driving and his jeep crashed into a tree.  He was 58.

Savage is practically the embodiment of Rock N Roll Wrestling in its heyday in the Eighties.  Coming out to Pomp and Circumstance in glittery thousand dollar robes with his trademark husky voice, he was larger than life and a great entertainer in the ring.  His year long title reign from Wrestlemania IV – V pretty much cemented him as part of pop culture alongside Hulk Hogan and Andre the Giant.  I think for lapsed wrestling fans who grew up watching WWF when they were kids, he is a pretty good example of the type of charismatic performer that is missing today.