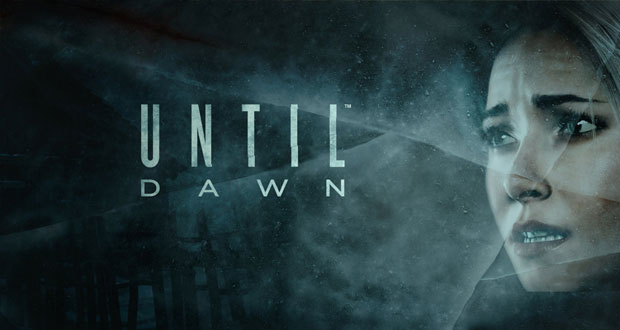 At the remote and secluded Blackwood Pines holiday lodge, ten teenagers get together for their annual winter getaway.  During the night, a humiliating prank upsets one of the girls, Hannah, who runs into the woods in tears.  She is chased by her twin sister Beth who wants to console her.  Neither of the girls are seen again.

A year later, the eight surviving teenagers reunite at Blackwood.  They plan to commemorate the twins and reconnect with one another.  But something sinister is lurking in the shadows at Blackwood and is looking to enact a terrible vengeance for the sins of the past.

Until Dawn, made by Super Massive Games is a narrative-driven horror title that is an absolute must for horror movie fans.  From the various winks and nods in the game to the making-of videos that unlock as you progress through the game, Until Dawn is clearly a labour of love made by horror aficionados who not only love the genre, but understand how to mine the material for interactive entertainment.  There are aspects of Until Dawn that are occasionally clunky (the game is graphically gorgeous but has pretty iffy lip syncing) but the final product is thoroughly enjoyable, greater than the sum of its parts.

Like the best (or worst?) films in the teen slasher genre, Until Dawn is best enjoyed as a social experience with everyone yelling at the characters on screen as they wilfully endanger themselves by wandering off alone to check out that noise in the dark.

What makes Until Dawn so much fun to play is that the eight characters – each a classic teen movie archetype – are vividly brought to life by the talented voice acting cast.  The gangs all here:  the jock, the prom queen, the nerd, the alternative chick, the trust fund brat.  They’re one dimensional to be sure, but the game does a fine job bringing the personalities to life and bouncing them off one another.

Within the opening half hour of the game I had definitely picked out the characters that I hoped would survive to the very end and others who grated on my nerves who I was purposefully trying to endanger.

And what dangers they face!  Super Massive Games have gone for broke and have crammed Until Dawn with pretty much every horror movie device you could think of.  Masked killers, Saw-inspired torture contraptions, creepy psychiatrists, monsters, dangerous animals…you name it.  Should you will it, there are some very gruesome endings in store for the kids at Blackwood.

Mechanically, there aren’t many games that have attempted something like Until Dawn and yet the game feels instantly familiar.  The in-game movement and navigation is similar to Alone in the Dark and Resident Evil, with players moving through environments that have a fixed camera perspective.  This allows for the designers to create some visually striking environments that use lighting and limited visibility to crank up the tension. 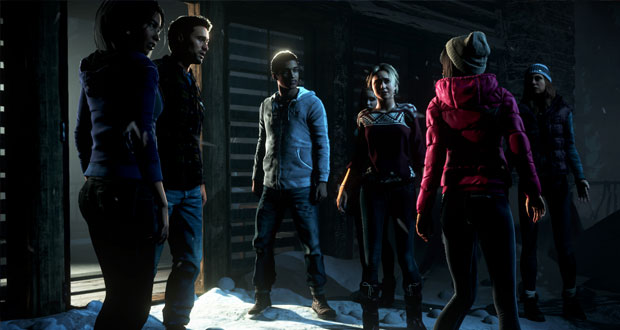 The dialogue trees and quick time events will be instantly familiar to anyone who has played a Telltale game before.  The game lets the player take control of each of the eight teenagers and make decisions both big and small.  Until Dawn has a ‘butterfly effect’ theme that runs throughout the game which means that some innocuous decision making could directly lead to the death of a character.  In a couple of instances, this might seem a tad abrupt or unfair to anyone hoping to make it to the end with every teenager alive but to those people I’d suggest that they’re probably not experiencing Until Dawn in the way it was intended to be enjoyed.

The history of videogames aspiring to make an interactive cinematic experience is littered with disastrous and expensive flops.  Some are too light on actual gaming content.  Others have laughably poor production values.  Until Dawn is the rare game that gets it ‘just right’.  A minor complaint I have would be that the optional collectables in the game are a little too overbearing with their presence but otherwise, this is a fine framework for any other developer looking to make a game of this type.  Until Dawn is goofy, popcorn entertainment.

Summary : Fun, scary and smartly self aware. The best horror game on the Playstation 4 to date.

Previous: Career of Evil by Robert Galbraith
Next: Hail, Caesar!