The Brisbane Roar defeated Melbourne Victory 3-1 this week.  It was their third win in a row and saw the team cement second place in the table.  Besart Berisha scored a goal in 45 seconds and…

…actually, this week, there’s other stuff to discuss. 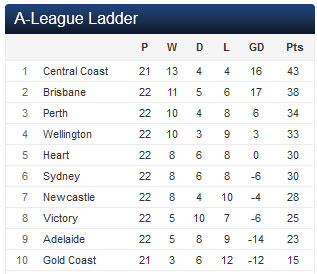 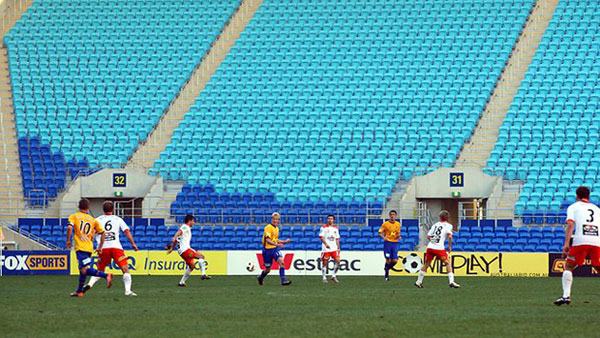 It all started when Michael Thwaite, captain of Gold Coast United, got injured.  For the game in Round 22 against Melbourne Heart, the club surprisingly announced that a debuting 17 year old player Mitch Cooper would be made captain.  For a side who sat at the bottom of the table and had a supporter base of close to zero, it was another head scratching move that had A-League followers wondering just what the hell was going on at the club.  At the press conference, coach Miron Bleiberg declared that the awarding of the captaincy to Cooper was ‘largely symbolic.’  Gold Coast United club owner Clive Palmer appeared to take issue with this and suspended Bleiberg for a game.

A few days later, Bleiberg resigned.  Then Palmer countered by claiming he was fired.

Clive Palmer then gave an interview with the Courier Mail in which he:

So…where to begin?  Firstly, as A-League pundit Andy Harper mentioned on Fox Sports FC, there is perhaps a sense of relief that things are finally out in the open.  Gold Coast United has been an elephant in the room ever since they joined the league.  They never ever established a fan base of more than a couple of thousand supporters at best.  Most of their home games were so poorly attended it literally looked like they were being played in an empty stadium.  Did no one assess the interest in the Gold Coast for supporting a football team before the club was granted a license?  What was the club and the FFA doing to drum up support for the team when it became apparent that they had so few fans?  How feasible is it to have a club in a national competition with almost no fans, even if they are owned by Queensland’s richest person?

And what happens now that Clive Palmer has given that interview which would appear to effectively kill the club’s supporter base dead, but then in the same interview he refuses to shut down the club?  How could anyone support a club with no history that is owned by an enourmous potato shaped man who just admitted he doesn’t care about the team, let alone the sport? 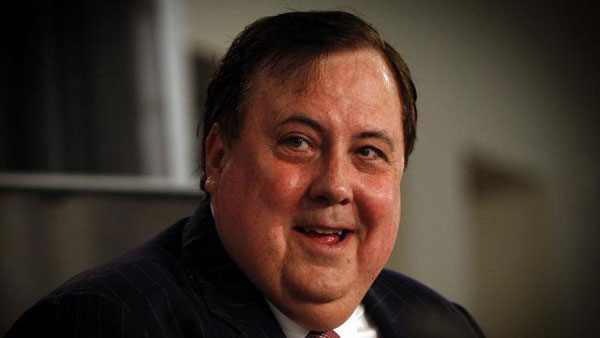 Palmer and Buckley have both been doing the rounds on SBS and Fox Sports giving their side of the story.  Palmer’s outburst, although highly unprofessional and damaging to the league, also uncovered the deep unhappiness that resides between the club owners and the FFA.  By former Socceroo Craig Forster’s reckoning, there have been more than 20 owners of the ten A-League clubs in seven years.  Why is it so unstable?  And how bad is the mismanagement in the FFA when Newcastle Jets, owned by mining magnate Nathan Tinkler, issue a press release publically questioning why they were charged a multi-million dollar licensing fee to join the league when the Gold Coast were apparently charged just half a million.  The Jets went on to say that the cumulative loss of $40 million from all the clubs made the league financially untenable in its current structure.  Once again, the age old questions around getting the A-League on free-to-air television and arranging better financial packages for the clubs were raised.

In a season where viewership has been up 40%, attendances up 20% and the quality of the football has been of the best standard since the competition’s inception, this one week has managed to kill all that goodwill in a single swoop.  Instead of talking about further expanding the league’s prescense in the media and possibly adding a Western Sydney team, we are left wondering whether the league is viable at all.  The two richest owners in the competition are clearly unhappy and its possible both are going to take legal action against the FFA.

Football economics is a weird beast and would probably make a good documentary one day.  Manchester United run at a loss.  Real Madrid run at a loss.  Rangers are in administration.  These are all gigantic clubs whose net worth is easily greater that the entire A-League put together.  How do you create a stable league in today’s footballing economy?  How do you grow football in Australia where the sporting scene is already crowded with AFL, NRL, Super Rugby and Big Bash Cricket?

These are questions Ben Buckley and the FFA will need to find out and find out soon.

Previous: War Horse
Next: Youtube Friday: On A Boat