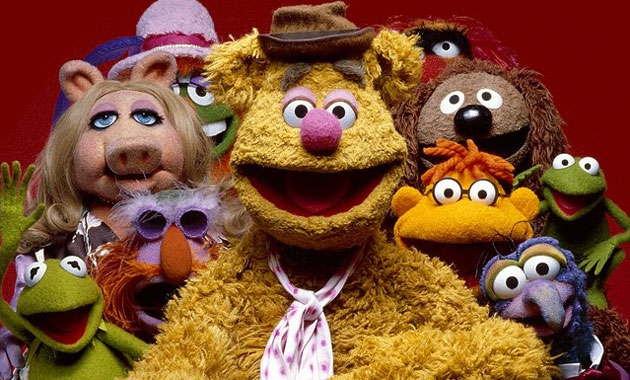 The Muppets film sees the return of the famous Jim Henson characters to the big screen after a twelve year absense.  The film is a pet project of Jason Segel and Nicholas Stoller, who approached Disney to do the film in 2008.  That’s right, it takes nearly three years of pre-production to make a Muppet movie.

The script is wisely kept simple and straight to the point.  The film opens with two brothers – Gary (Segel) and Walter (a Muppet) – who visit the Muppet Studio while on holiday with Gary’s girlfriend Mary.  It’s 2011 though and the studio is neglected and run down.  The show has long been cancelled the Muppets are forgotten by today’s audiences.

While at the studio, Walter accidentally overhears an evil oil baron, the excellently named Tex Richman, who intends to buy the property and destroy it so he can tap the land for oil.  Walter and Gary alert Kermit the Frog and collectively they set off to reunite the old cast of Muppets so that they can do a fundraising telethon and raise the $10 million dollars needed to save the studio.

This is a fun and sweet natured film very much in the spirit of the original show.  In fact, once the Muppets are actually reunited, the final act of this film plays like a high-budget modern day episode, where the chaos backstage is as frenetic as the skits and musical numbers onstage.  I had a blast watching it unfold.

The musical numbers are excellent.  The songs are catchy and contain gleefully silly lyrics.  Perhaps its no surprise then that many of the songs were written by The Flight of the Conchord’s Bret McKenzie whose lyrical style fits the Muppets perfectly.

I love the tone of this film too.  The jokes are very silly and tongue-in-cheek, but they are always gentle-natured and affectionate towards the characters.

I’m of two minds as to whether this is a film that will win over a new audience.  There’s no question that the film is an excellent piece of fan service that will delight fans of the original show.  However, the television executive who tells the Muppets that they are culturally irrelevant and has to unfold a superlong chart to illustrate her point might be on to something.

I watched the film with someone younger who didn’t grow up with the Muppets and she was mostly disinterested and didn’t laugh at the gags.  In fact, she didn’t last the whole film and walked off after half an hour.  For frame of reference, this person had no problem sitting through recent all ages films such as The Smurfs, Alvin and the Chipmunks and Gnomeo & Juliet.  The Muppets for whatever reason, didn’t click.

If, on the other hand, you grew up on the antics of Grover the Great and Fozzy Bear then this film will almost certainly win you over.  It’s warmth, humour and nostalgic nature is nourishing for the soul.