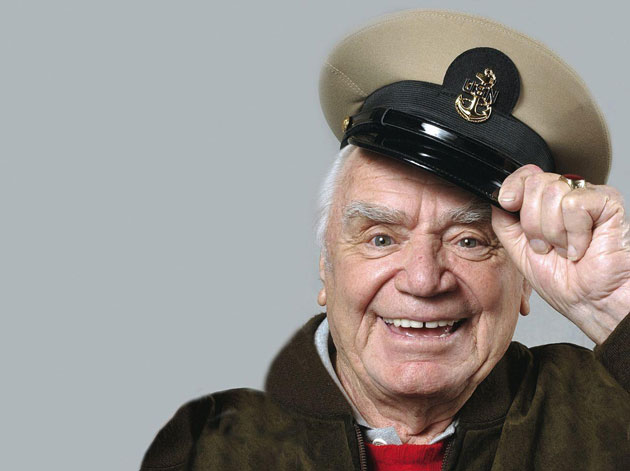 I was saddened to wake up this morning to the news of Ernest Borgnine’s passing, at the ripe old age of 95.  As an actor, Borgnine had a career spanning eight decades and featured in over 200 different television shows and movies.  For many people, he’ll be best remembered for his roles in The Wild Bunch and The Poseidon Adventure.  For me, I’ll always have fond memories of his role as the cantankerous co-pilot Dominic Santini in the Eighties action tv show Airwolf.  He was a terrific, boisterous prescense on the screen in that show.  You could tell he was having a blast playing the character and his cheerful temperment made him the perfect companion to the poe-faced Stringfellow Hawke.  He had all the qualities of an endearing uncle.

To honour his memory, I’ll be firing up my Airwolf Season One and Two DVDs and cherry-picking a few of my favourite episodes to watch.