I’m not sure what I expected when I went to see Coldplay perform at Suncorp Stadium but it wasn’t this.

Like just about everyone else, Coldplay are a band that I’ve enjoyed since their debut album Parachutes twelve years ago when their single Yellow first made it big on the radio.  Since then, the band has rather consistently pumped out albums with catchy pop singles and although they haven’t exactly been particularly adventurous about developing their sound over the years, they remain a pretty likeable fixture in the pop music scene.  Their songs are catchy and they are very strong advocates of a number of environmental, political and social causes which is a pretty good way to put their fame to use.

Having said that, attending one of their concerts wasn’t something I ever really planned on doing.  It was just something I sort of fell into when a friend organized tickets for us.

I’m glad I ended up going.  The Coldplay Concert at Suncorp Stadium was a memorable night out.  The venue was packed with over 50,000 fans, the largest gathering I’ve ever seen for a live act, and the show itself was an extraordinary spectacle and a constant source of surprises.

Once you made your way through the barrage of people standing outside the box office trying to sign you up for a bunch of petitions, the Suncorp Stadium staff handed out a bracelet to everyone that had some sort of radio transmitter inside.  As we discovered once the show began, these bracelets could light up on command, based off a signal emitting from somewhere inside the stadium.  It would create a stunning visual effect once the concert began as the signal could light up the entire audience with splashes of bright neon lights that flashed in time to the music.  When you multiply this effect over so many thousands of people, it created the sensation of being inside a Sony Bravia commercial.

The set list from Coldplay was pretty extensive in playing songs from albums past and present, which they played with the level of polished finesse that one would expect.  But throughout the show, there was also a constantly evolving visual spectacle to coincide with the music.  A rainbow-spectrum laser show.  A flood of giant inflatable balls.  Butterflies.  A massive 100-ft LED wall.  A huge fireworks display.  There was a new treat with every song and it energized the crowd throughout the show.  The audience was deafening throughout the show.  The atmosphere was incredible.

What I didn’t expect from a Coldplay concert but ended up getting was a personalized touch for the Brisbane audience.  Only a few days prior, I had listened to Beck at Harvest Festival greet the Brisbane audience by referring to them as being from the Gold Coast (whoops).  Chris Martin however, seemed to have a much greater appreciation for the city he played in, and he offered no less a tribute than by playing a cover of My Happiness by the legendary Brisbane band Powderfinger.  There was also an acoustic song that he played where he stopped mid-song because he couldn’t contain his burping.  That he was willing to have a bit of fun at his own expense and have a laugh before playing once more was quite endearing and rather unexpected.

I doubt Coldplay will ever become a favourite band of mine and I don’t expect that any of their newer albums will be quite as appreciated as when they first made it big twelve years ago.  But I have a new-found respect for the band’s showmanship and ability to put on a fantastic live show.  I’ve never seen anything quite like it and I don’t expect to see anything on that level again for some time to come.  It was a hell of a show. 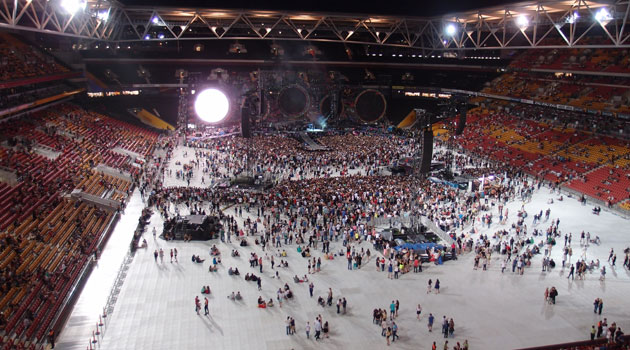 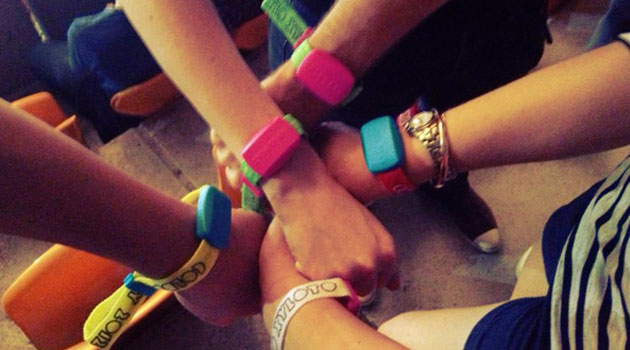 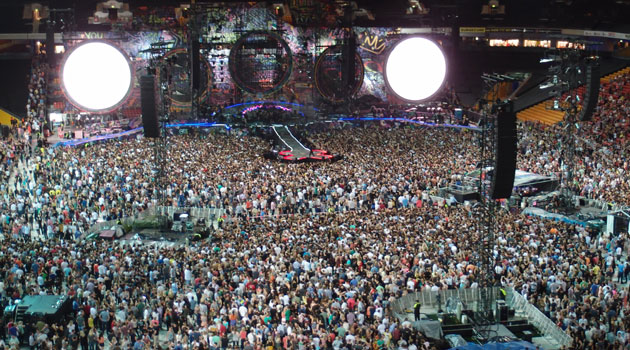 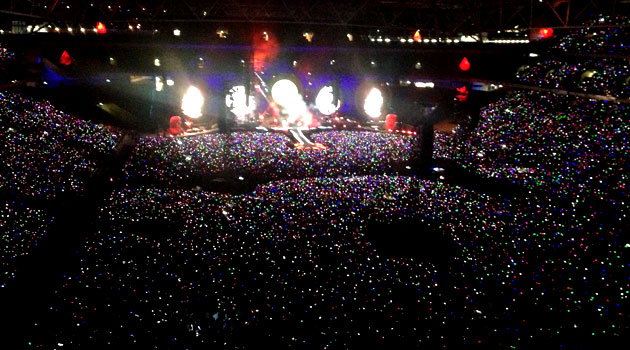 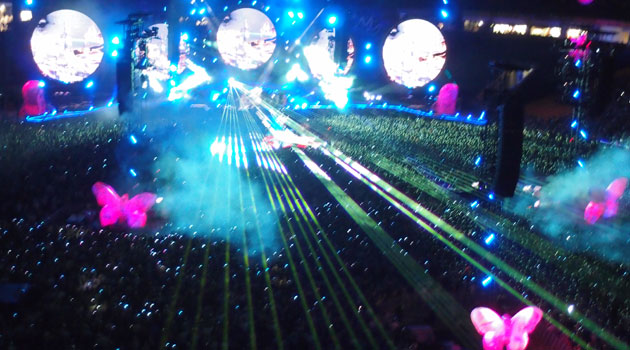 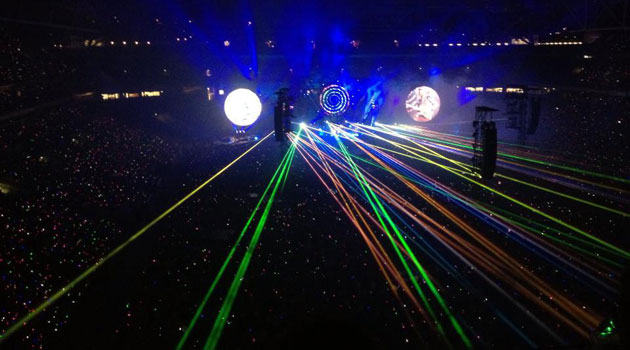 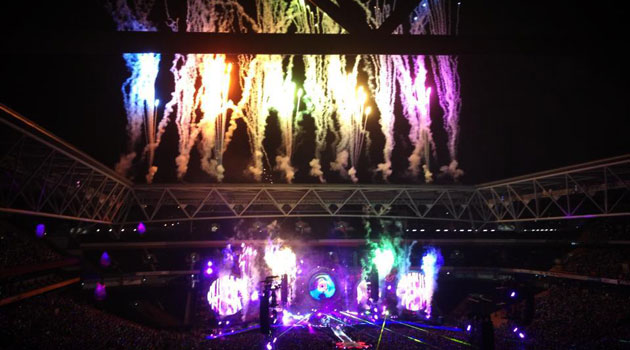