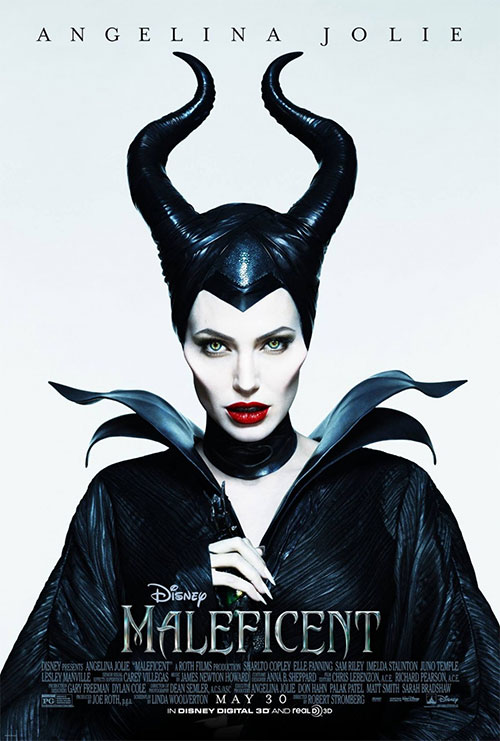 Love At First Sight, as far as Disney is concerned, is officially dead.  It first bandied around the notion in the excellent Enchanted back in 2007 and now The House of Mouse has used the trope of a character falling in love with a Prince Charming upon first sight as a red herring in two films in 2014 – Frozen and Maleficent.

Maleficent is the directorial debut of Robert Stromberg, a Hollywood veteran who I learned via IMDB has been responsible for the visual effects for many of my favourite films including Pan’s Labyrinth, The Road and Naked Gun 33 1/3.  While he has been quietly tinkering away in the background to all these great films for the better part of three decades, he has now struck box office gold in 2014 with his first time in the director’s seat.

Maleficent is an entertaining re-imagining of the age old Disney film Sleeping Beauty which opts to tell the classic tale from the perspective of its terrifying villain.  I remember as a kid finding Maleficent to be more haunting and scary than any other Disney baddie of that era.  In human form she seemed intimidatingly self assured and intelligent.  When she transforms into a dragon she looked unstoppable.  It was an inspired casting choice to use Angelina Jolie as Maleficent.  Once she dons the black horns, cowl and leathery wings she not only is a terrific live action facsimile of Maleficent, she delivers the perfect pitch and cadence in her voice to bring the character to life too.

In Maleficent, there are two kingdoms – the human kingdom and the Moors where the magical pixie and fairy creatures live.  The Moors are a cheery woodland realm where Maleficent plays with her friends, carefree and full of laughter.  The human kingdom on the other hand is riddled with suspicion and mistrust of the Moors and the creatures that live inside.

One day Maleficent meets a human for the first time.  A young boy named Stefan.  They become friends and form a close bond but when the kingdom decrees the Moors to be off limits, Stefan reluctantly leaves Maleficent and does not see her again for many years.  When Stefan grows into adulthood he is present when the kingdom decides to attack the Moors in an attempt to conquer the fairies.  Maleficent lays waste to their efforts which leads to the King putting a bounty on her head.  Stefan, exploiting Maleficent’s trust in her, initially goes to her to warn her of the king but then drugs her and chops off her wings.  Stefan ascends to the thrown and Maleficent, now dark, angry and twisted, bides her time to take her revenge.  Her opportunity comes when her new raven companion Diaval uncovers that Stefan has a daughter – Princess Aurora.  Maleficent crashes her dedication ceremony and gives her the infamous Sleeping Beauty curse. 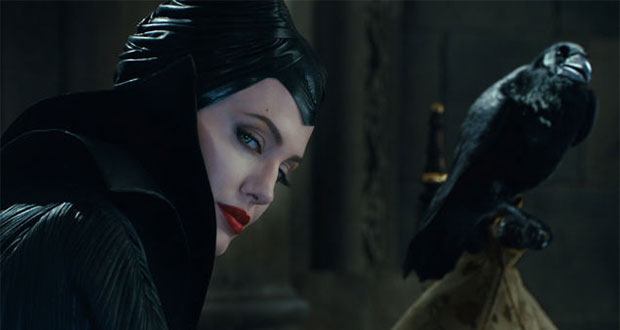 I won’t spoil where the film goes from here but given its association with the original Disney film, you should have a fair idea.  Anyway, Maleficent is best enjoyed for its fantastic larger than life performance from Angelina Jolie who loves, laughs, cries, rages and snarls with incredible gusto.  I do like Sharlto Copley and Elle Fanning in their respective roles but lets be real, this is definitely a film that is carried by Jolie.

I remember a couple of years back when I saw Snow White and the Huntsman which was the high profile debut for another director named Rupert Sanders.  It had a big budget, a ridiculously stacked cast and plenty of action but ultimately fell flat by trying to deliver too much at once.  Too many characters, too many storylines – none of it had any room to breathe.  Maleficent is a far superior fairytale mashup.  By simplifying the story and focusing primarily on one character, there is a much more satisfying narrative arc for the audience to follow and Stromberg does the right thing in letting Jolie fill our screens and crank up the dial to eleven.  The two films, both attempting the same thing, serve as a cinematic lesson in ‘less is more.’

Tells the tale of Sleeping Beauty from the perspective of the villain who may not be so bad after all.

Summary : An entertaining re-telling of the Sleeping Beauty story in which Angelina Jolie shines as Maleficent

Previous: Lucy
Next: The End of the Dynasty