Last weekend was another busy one.  It was hectic enough catching up with all the family that are visiting at the moment but then there was  also the big Celtic vs Roar football game on.  Jen and her dad attended the Charity Gala the night before where they got liquored up and bid at an auction for cool Celtic memorabilia.  All for a good cause!

The game itself was an awesome spectacle.  35,000 fans turned up for the match which saw three goals, three streakers and a roaring crowd for the full ninety minutes of football.  It was a real Clash of the Titans seeing these two giants of world football clashing to determine who is the greatest football club in the world.  We thought Celtic would be reeling from the loss of Japanese sensation Shunsuke Nakamura but they seemed to manage just fine.

Don was pleased that you can drink beer at a football game in Australia (“thats very civilized!”).  My mum was rather pleased with the final goal of the game. 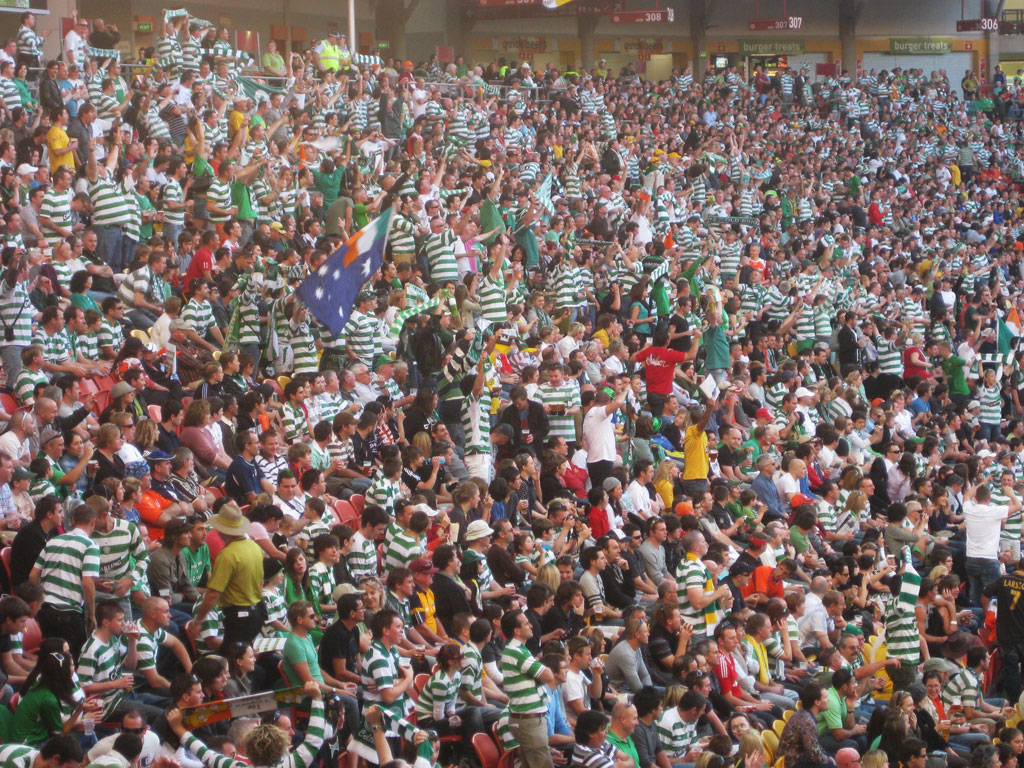 The crowd at Suncorp Stadium. If you look hard, you can spot about three Roar supporters!