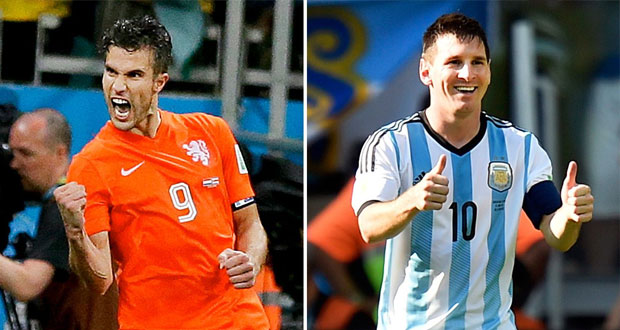 By a strange quirk of scheduling, I haven’t seen a single Argentina game in this tournament due to their matches airing at 2am mostly.  Fortunately, this fixture was on at 6am so I could catch the game in full (provided it didn’t go into extra time).  After the high drama of Brazil’s meltdown, it would be interesting to see what this next fixture would give us.  It’s Messi vs Robben.  Europe vs South America.  Another clash of footballing giants.  Who would come out on top in Sao Paolo?

At that stage, I left for work.  Twitter tells me that the game finished scoreless and Argentina advanced on penalties.

That’s two tournaments in a row where Netherlands have come out guns blazing during the Group Stage only to play a cynical and conservative game during the Knockout Stages.  So disappointing.  That game was an exercise in tedium and not counting penalties, Netherlands played 240 minutes of scoreless World Cup football to finish their tournament.  Yawn.