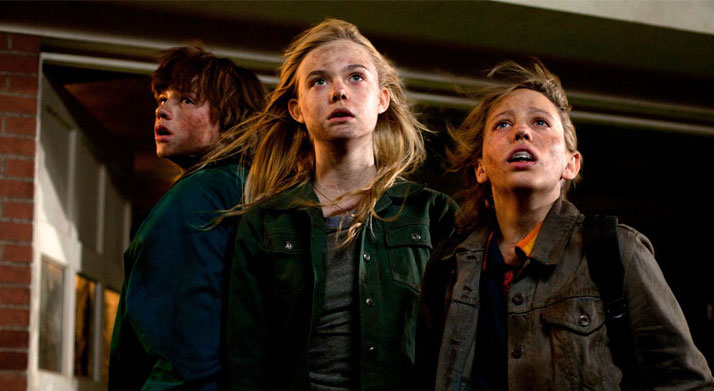 In the small American town of Lillian, a group of young teenagers go about making a zombie film to enter into a local film festival.  Unwittingly, whilst shooting a scene at the local railway station, they witness a spectacular train crash which appears to let loose some dangerous and possibly extra-terrestrial cargo.

The look and feel of the feel of this film is crafted in a very deliberate fashion, melding the teenage commradery of Stand By Me and The Goonies within the framework of one of those shlocky Fifties sci-fi films that features secret military bases, men in labcoats and hapless military troops in jeeps.  In my estimation, Abrams and Spielberg nailed the Teenage Coming of Age part and surprisingly dropped the ball when they go full Monster Movie mode.

Joe Lamb is the film’s everyman.  He’s twelve years old, still coping with the death of his mother and is the son of the local deputy.  He’s good pals with Charles, a bossy overweight middlechild who aspires to become a great director.  A natural leader, Charles sources a group of friends to help him make his movie and even manages to secure the services of Alice, a girl who can both act and, perhaps more importantly, can sneak out and drive them around in her father’s car.  Joe takes a liking to Alice but is aware of a complication in their friendship – her father played an accidental hand in the death of Joe’s mother.

The dynamic between Joe, Charles and Alice is terrific and to be honest, they could carry a film based on their friendship alone, no monster necessary.  It’s a far cry from the cast of Cloverfield who gave off such major douche chills that audiences were practically begging for them to be turned into monster fodder after 20 minutes.

I also liked how the rest of Charles’ gang are characterized so effortlessly.  One kid likes to blow stuff up, another kid spews all the time and the skinniest kid is the chickenshit who bails out on everything.  That’s all you need to know about them.  In a film like this, it works.

For the first hour or so, Super 8 is charming and good fun.  Abrams wisely opts to show very little of the monster until the final act at which point he lets fly and the action sequences kick in.  At this stage, the film slightly looses its sheen.  A bunch of stuff blows up, the bad guys get their come-uppance and we wrap up the story with the kids learning…well, not a lot really.  In fact the kids seem to come pre-loaded with courage, ingenuity and consideration.  Its the parents that learn a few lessons about forgiveness and trust.

I like the sentiment behind Super 8.  It celebrates friendship through the perspective of a neighbourhood group of kids who ride around on bikes and go on adventures.  This is a good natured and idealistic film at heart.  My main disatisfaction from Super 8 stems from the creature itself.

For two celebrated storytellers who have been responsible for some of the most iconic imagery in film and television, I’m not quite sure how they gave the greenlight to this monster design.  If you ever needed an example of how technical prowess and megabucks production values mean nothing if its at the expense of creativity, look no further.  The Super 8 monster is disappointing in just how unremarkable it looks.  Its an overdesigned mess that doesn’t evoke fear, revulsion or curiousity.  There’s lots of tentacles, claws and teeth and yet, it doesn’t really look like its supposed to be anything.  To me, a good monster should instantly recognizable with distinctive sound and movement.  It should be emotive.  The Super 8 monster is none of these things. 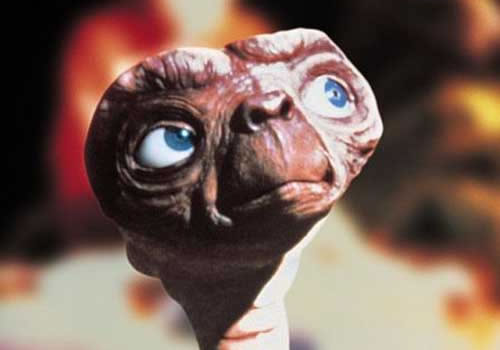 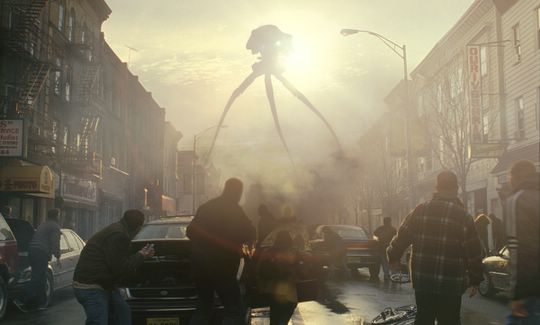 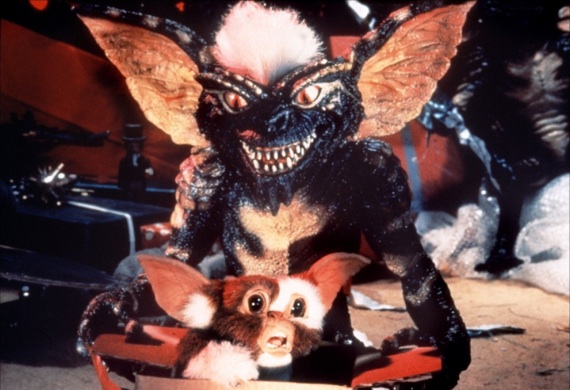 For a monster movie, Super 8 sure has a lousy monster.  In the time its taken me to get home from the cinema, have a cup of tea and write this review I can barely remember what the damn thing looks like.  Which is a shame because everything else about this film is pretty great.

Summary : This starts as an enjoyable nostalgia-tinged monster movie romp that harkens back to films of the Eighties. Unfortunately, the actual monster itself is utterly forgettable.