The Summer of Football

The FFA billed the Christmas holidays the ‘Summer of Football’ where fifteen games are played over seventeen days in the holiday period.  It was an important PR exercise for the A-League which took a big dent in crowd attendances as everyone went to watch Australia destroy England in the Ashes.

As for me, I was in Singapore for the Roar’s game against the Jets, Malaysia for the game against Sydney and back home in Brisbane for the away fixture with Melbourne Victory.

How hard is it to follow an A-League side in Asia?  It’s…not too bad.  Provided you know where to go.  FC TV, a cable tv channel in Singapore, airs all the A-League games.  I ended up following a Roar fan on Twitter’s advice and went to watch the game at an Australian theme bar – The Boomerang – in Robertson Quay.  There I sat and drank my crappy overpriced $11 beer ($11 is the happy hour price!) and watched the Roar play like crap on a surface that looked like crap (stupid Bon Jovi and Taylor Swift stadium concerts).  If there’s one bogey team the Roar need to look out for in the Finals season, its the Newcastle Jets.  They’ve had the wood on us this season and beaten us in both fixtures. 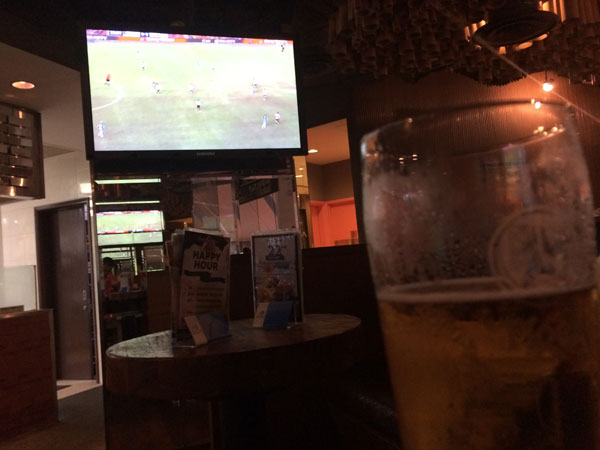 The Boomerang Bar, Singapore – Nothing like drinking $11 pints for the privelege of watching your team play like complete rubbish against the Jets

I watched the game against Sydney on a live stream in Malaysia which my mum projected onto a tv via a laptop.  I’m very impressed that she has the technical savvy to do such things.  It was a glorious game to watch.  After an early goal from Alessandro Del Piero (he’s scored 5 goals against us in 5 games), the Roar went on an onslaught, piling on the next five goals.

This weekend, I was back in Brisbane and watched the Roar beat Melbourne Victory in emphatic fashion.  They scored 3 superb goals, including a Liam Miller goal that had 21 passes in the lead up.

We’ve reached the midway point of the season with the team humming like a well oiled machine and sitting 7 points clear at the top of the table.  The team are looking as crisp and dominant as I can remember them playing.  Only during the start of the 2011/12 season did they look any better (back when Berisha scored a six minute hattrick and we scored 13 goals in 3 games). 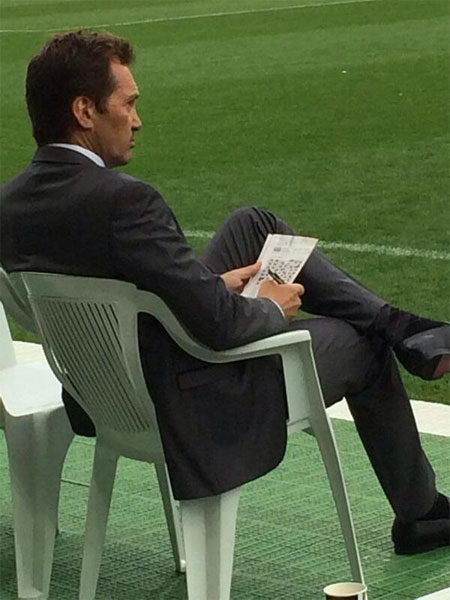 – Wellington Phoenix finally won a game!  Then they proceeded to win 3 on the trot, including a surprise 3-1 away victory over the Wanderers!  🙂

Previous: The Hobbit: The Desolation of Smaug
Next: Frozen