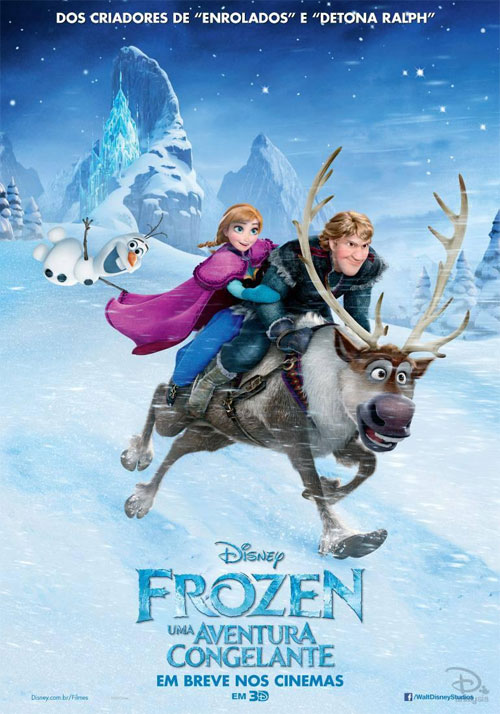 In it, two orphaned princesses, Anna and Elsa, grow up in the kingdom of Arandelle, and although they live together in a castle, they never see one another.  Elsa, the older sister, is embued with magical ice-wielding powers which she struggles to control, like an X-Men mutant hitting puberty.  Elsa accidentally hurt Anna when were very young and since that day, Anna has had amnesia, unaware of Elsa’s power and Elsa has locked herself in a room, afraid to come out, lest she does any more damage to those she loves.

On the day of Elsa’s coronation, she finally comes out in the open and is reunited with Anna.  On her way to the coronation, Anna falls in love at first sight with a handsome prince whom she decides to marry.  Elsa and Anna argue over the hastiness of the wedding and in a fit of rage, Elsa turns Arandelle into a frozen wasteland.  She flees from the kingdom aghast at what she has done and Anna is charged with bringing her back and restoring order to the kingdom. 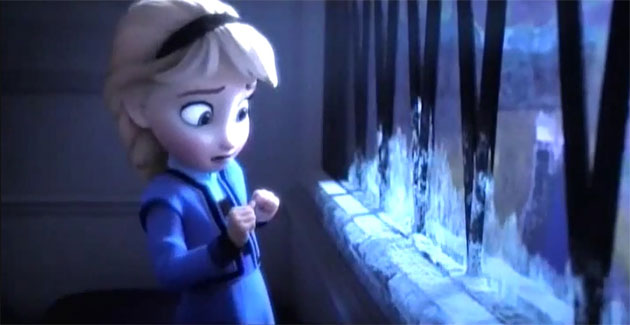 What follows is a cheery and song-filled fantasy film that is genuinely entertaining for all ages and like Tangled before it, successfully injects some progressive modernity into the age old Disney Princess fairy tale.

It’s nice to see a Disney film that passes the Bechdel test with flying colours within five minutes.  It has not one, but two, fully realized female characters!  The bond of sisterhood is not particularly familiar territory for Disney animated films so its a welcome change of pace.

Typically, the Disney princess is defined by her union to a Prince Charming.  In Frozen, not only is Elsa and Anna’s relationship the central focus of the film, Elsa even cautions Anna against believing too readily in love at first sight and marrying Prince Hans on the spot.  And don’t think for a second that when the stakes are at their highest that the sisters need a man to bail them out of a tight spot.  This is not your parent’s Disney film.  Its a fantastic tale of female empowerment and is the first Disney animated feature to be written and directed by a woman, Jennifer Lee, in over 20 years.

Lee has successfully been able to deliver a modernized flavour to the Disney Princess formula whilst still maintaining the classic tropes they are known for such as the cheery musical numbers and salvation by True Love’s First Kiss.

On a nerdier note, the film is also to be commended for working the word ‘fractals’ into one of their musical numbers. 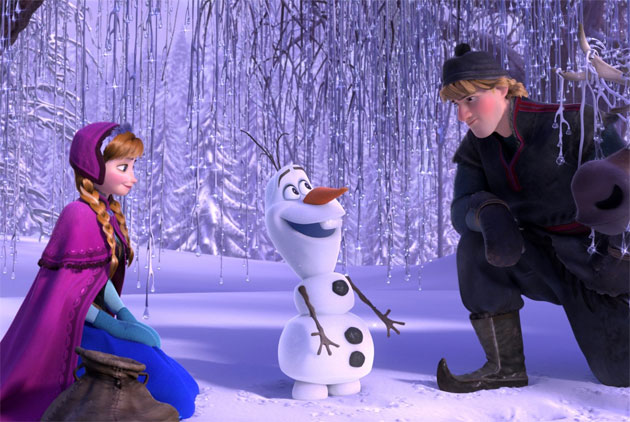 Frozen and Tangled are two films representing a new generation of Disney animated features.  In Kristen Bell’s words:  “I always loved Disney animation, but there was something about the females that was unattainable to me. Their posture was too good and they were too well-spoken, and I feel like I really made this girl [Princess Anna] much more relatable and weirder and scrappier and more excitable and awkward. I’m really proud of that.”

I only really have one niggly naggly complaint about Frozen and Tangled – their titles.  I love the refreshing gender politics of these films but they also seem to be named by some ad exec trying to ‘reach out to the kids.’  Can you imagine if The Little Mermaid had been called Soaked or if Sleeping Beauty got landed with the title Snoozed?  Frozen should’ve been called The Snow Queen!*  Tangled should’ve been called Rapunzel!

Otherwise, everything else about Frozen is excellent.  Check it out!

*which it is in parts of Europe apparently.

What’s cooler than being cool?

Summary : The way forward for Disney films in the future. It's funny, charming and surprisingly progressive in its attitudes towards the Disney Princess.