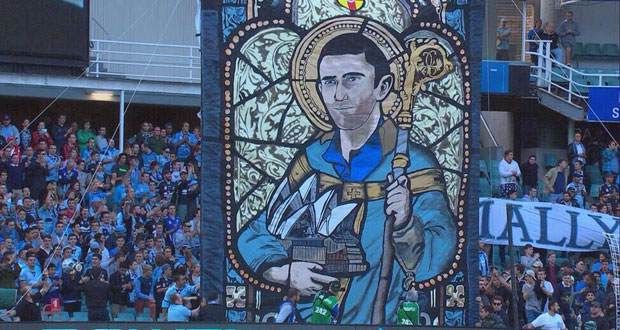 The regular season of the 2013/14 A-League concluded over the weekend.  The final six spots are settled (Brisbane, WSW, CCM, Victory, Sydney FC and Adelaide) and sudden death tournament football begins next week.

The season finished with a dour 2-0 home defeat for the Roar who were impotent in attack and created few opportunities against a clinical Central Coast Mariners team who, after losing four games on the trot in January, have stormed up the ladder at the end of the season.  The Roar looked like a team playing cautiously, careful not to concede any cards or injuries before the semi final.  As ever, the murmurs around the grounds are a lot to do with Berisha.  We’re pretty much resigned to the fact that we’re going to use him but we seem so much better off without him.

It’s a strange outlook for the finals series.  The Mariners are really the only form team in the mix.  The other five teams in contention have all won just two of their last five games.  The first two elimination matches both look to be even contests on paper.  Sydney defeated Victory 5-0 in Melbourne the last time they visited but they have neither the form nor the consistency to suggest they’ll do it again.  Having said that, I would love to play a home semi final against either of these two clubs.  They’re both sides that the Roar has excellent form against.  The Mariners and the Reds?  Not so much.

I would expect the Mariners to beat the Reds at Gosford Park.  They have momentum on their side, are a pain in the arse to beat at the Sauce Bottle Fortress and they have a good record against Adelaide.  Goals won’t be the problem for Josep Gombau and his men from the South.  The challenge will be shoring up their wobbly old defence which concedes far too often.

My Tips:  Central Coast Mariners and Sydney FC to advance.

Previous: Photo Essay: Old Shoes
Next: Game of Thrones – Season Four – “The Lion And The Rose”