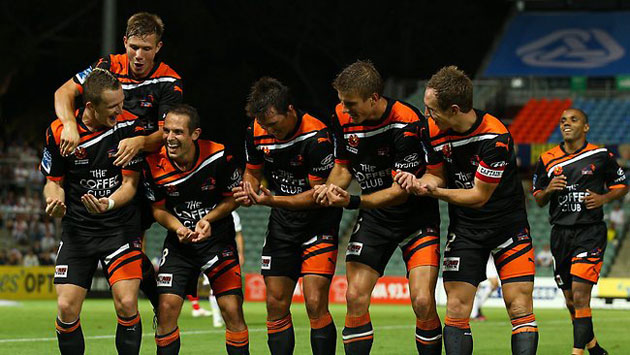 Brisbane Roar travelled away to play against an in-form Perth Glory who Fox Sports tipped to finish second in the table after the form they showed in their last few games.  Massimo Murdocca was a late addition to the Roar side.  His wife gave birth to their first child the night before and Massi flew into Perth that day, slept through the afternoon and was in the starting eleven for kick off at 7pm Perth time.

The Roar absolutely outclassed the Glory, winning 3-0.  It was their fourth win in a row and their third clean sheet in four games.  Besart Berisha scored a double bringing his tally to a club record 17 goals.  Henrique scored the opener to bring his account to six goals for the season.  Happily, it was also the first game my mum has been able to watch live after I managed to find an online site that streams the game live.  I’m just happy I picked a good game for her to watch.

Meanwhile the Central Coast Mariners lost 1-0 to Melbourne Heart.  At one stage, the Mariners had the league stitched up and were leading the table by fourteen points.  One win in five games means that they lead the Roar by just 3 points now with 3 games to play.  The race for the premiereship is very much alive.

February was an unusual month in the fixtures for the Roar.  A kink in the A-League calendar saw the club play 3 away games and just 1 home game in February.  That all changes in March when the club plays 2 games in the span of five days.  This Friday we play the Melbourne Heart at home.  Then next Tuesday, the Brisbane Roar plays their first ever Asian Champions League fixture at home against FC Toyko.  I cannot wait!

In other A-League news, Clive Palmer was up to his old tricks again over the weekend.  Without any notice, his club Gold Coast United, came onto the field for their home game against Melbourne Victory wearing a new uniform that removed the sponsorship logo off the shirt and replaced it with the caption ‘FREEDOM OF SPEECH’.  The stadium also had several FREEDOM OF SPEECH banners placed around it.  It seemed like a clear knock against the FFA after last week’s exchange.  Clive Palmer cheekily claimed that the slogan was in support of ‘the plight of refugees’ which seems ridiculous as he told no one beforehand and doesn’t appear to be supporting any charity organisation.  It was the last straw for Frank Lowy and the FFA.  Despite having three rounds left in the competition, Frank Lowy announced today that he would be revoking the A-League license from Clive Palmer and kicking the Gold Coast out of the A-League, reducing the competition to just nine teams.  Curiously, he also seemed optimistic that the league would still have ten teams next season which suggests he either has new Gold Coast owners lined up or the progress for introducing a West Sydney club is further along than we think. 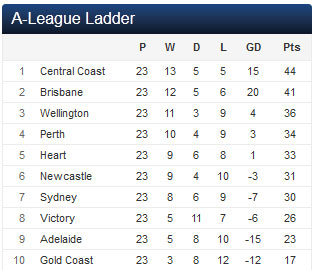 Previous: WWE ’12
Next: TV Show Round Up: Survivor: One World