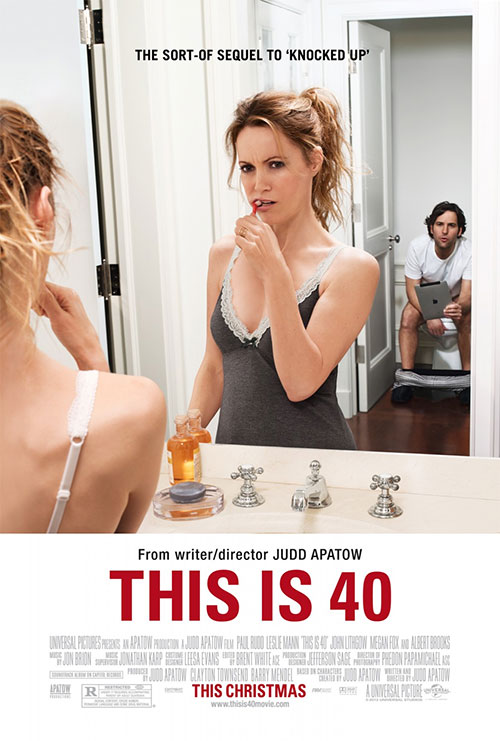 This Is 40 is Judd Apatow’s ‘sort of’ sequel to Knocked Up, which shifts its focus onto the lives of Debbie and Paul, a well-to-do suburbanite couple who live in a big house, have two daughters and are trying to make adjustments to their lives as they enter middle age.

This Is 40 doesn’t really concern itself with any major story arc.  Instead, it offers up a slice of life, a glimpse into how one couple deals with the challenges of maintaining a relationship twenty years after the honeymoon.  Clocking in at a running time of 135 minutes, this gives the film plenty of breadth to explore sexuality, careers, financial struggles, health, child-rearing and parental care.  The film bounces between these topics in a busy week leading up to Paul’s birthday party.

I find my mileage varies a lot with Judd Apatow’s work.  I’m a huge fan of his tv series Freaks and Geeks but some of the films he produces I find to be rather samey as though they’re churned out on an assembly line.  I didn’t find that to be the case here.  This Is 40 is a very personal work and much of the minutae and day-to-day observations in the film ring true and feel like they are inspired by a snapshot from Apatow’s own family.  Given that Apatow’s wife and two daughters are cast as the on-screen family, I take it that Apatow projected onto Rudd as an on-screen vessel for himself and his own musings about turning forty.

I liked This Is 40 a lot.  I like Paul and Debbie in their warts and all portrayal.  Both characters are brought to life through lively and colourful performances from Paul Rudd and Leslie Mann.  As is typically the case with long term relationship strain, the crux of the issue lies with communication and changing life goals. 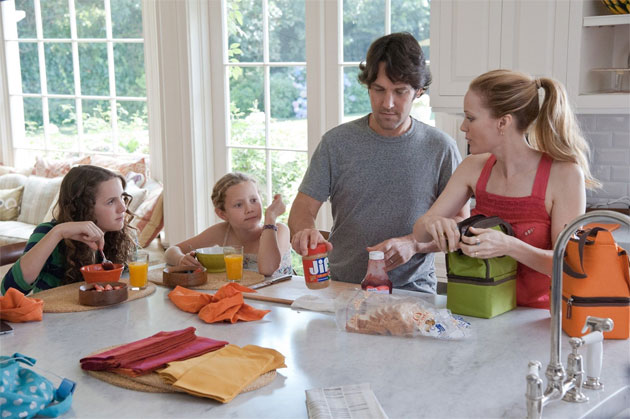 Debbie aspires to be ever-improving as a couple and creates checklists for learning new things and shedding vices.  Crucially she fails to get Paul’s genuine buy-in for many of the challenges she sets for him.  Paul on the other hand, is happy with his lot in life.  He doesn’t see why he has to give up eating cupcakes or why Debbie insists on counselling and couple therapy.  A fear of disappointment and conflict drives Paul to become stressed and introverted.  He cannot bring himself to tell Debbie about the financially disastrous state of his business and he retreats into the toilet to play Bejewelled on the iPad for escape.

The tension in Paul and Debbie’s relationship is both exacerbated and relieved by the presence of their two daughters, Sadie and Charlotte.  At times, they are the catalyst for bringing Paul and Debbie together (e.g when they clash with another parent from school) and at other times, their bickering and neediness can interupt a rare chance to have sex.

Despite how the film has been framed as a comedy in its trailer and marketing, much of the interaction between Paul and Debbie is fraught with conflict.  A lot of the levity in the film is provided by the film’s supporting cast, a Who’s Who of stars from Apatow’s other films.  They couch some of the film’s more difficult scenes with lightness and humour.  I have to commend John Lithgow for his performance as Debbie’s estranged father.  In a film where people are dialling up the volume of their personalities, Lithgow gives a thoughtful and gently understated performance that was a highlight amongst the crowd.

Given its length and lack of an overarching story, This Is 40 is probably not everybody’s cup of tea but I can always get behind and appreciate a personal work like this.  This Is 40 is funny, relatable and genuine.

This Is 40 minutes too long

Summary : I think Apatow is beginning to wear out his welcome with the general public due to the prolific output of his films but I thought This Is Forty was one of his better efforts. 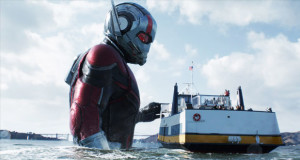 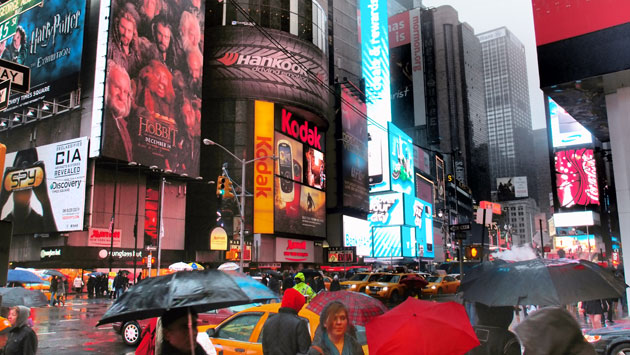