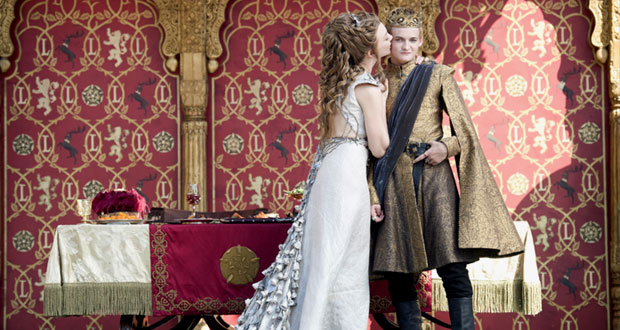 Game of Thrones
Season 4, Episode 2
“The Lion and the Rose”

“[Game Of Thrones] has done a reasonable job keeping a sense of progress and purpose to the proceedings and this is reflected in its strong viewership which continues to increase with each season. Part of the show’s notoriety and appeal is that anyone could die at a given moment but having said that, I think the audience has a certain threshold for what they won’t stand for. The two most important narrative strands out of the twenty or so that intertwine in a given season are Arya Stark’s retribution against Joffrey for her father’s death and Daenerys Stormborn’s all conquering dragon army returning to King’s Landing. I haven’t read the books so I don’t know how either story pans out but I think if either story doesn’t reach a satisfactory conclusion, the lion’s share of the show’s viewership would move on, such is the weight of investment in these two characters.”

Well we’re about to put that to the test aren’t we?

Season Four of HBO’s fantasy drama has started off with a bang.  After a quiet first episode – the calm before the storm – where everyone in King’s Landing assured one another that war was over, the second episode of the season The Lion and the Rose has delivered arguably the biggest death of a character in the show since Ned Stark’s beheading in the first season.  A good portion of this hour long episode was dedicated to Joffrey and the malice and cruelty with which he treats his subjects in what turned out to be a final lap of king-sized douchebaggery before the episode ended with his death by poisoned chalice.  The ending appears to be the start of a whodunnit.  Cersei wails and screams blue murder at Tyrion but we suspect he is innocent.

The episode delivered the expected reverberations around social media that makes this show the most talked about program on television today.  People posted Youtube videos of their reactions, discussed theories on message boards over the identity of the murderer and for those unfortunate enough to cop it, there were plenty of bitter complaints over trolls spoiling what happened before fans had a chance to come home from work and watch it unfold.

Taken in isolation, The Lion and the Rose is an excellent episode that really did a wonderful job in capturing just how brilliant Jack Gleeson is in the role of Joffrey.  His petulant tone, his predatory behaviour towards people he has power over and his gloriously smug and punchable face are all facets of what made him compelling viewing.  The exchanges between Gleeson and Dinklage (who has also been universally excellent this season) during the wedding reception made for some incredibly tense viewing.

I can’t lie.  I’m a little anxious about the direction the show is headed.  I had enjoyed and trusted the journey that George RR Martin and the writing team on the production had lead us down up to this point.  The show constantly served up shocks and twists but they didn’t feel needlessly gratuitous and the overarching narrative felt as though it was in steady hands.  Now?  I’m not so sure. 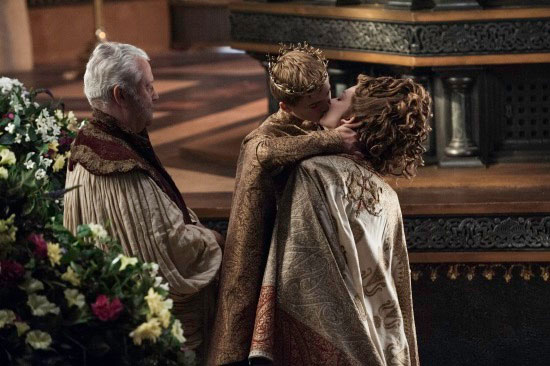 Joffrey is one of the biggest villains in television pop culture and he has been killed off in the same fashion as JR Ewing and Mr Burns.  It sets up a fresh mystery to solve for the season ahead but it also leaves Arya Stark with very little purpose.  And it reveals a lot of her scenes from the past two seasons where she learns courage and swordsmanship to be pointless red herrings; preparations for a chance to kill Joffrey that will never arrive.

I don’t think I’ve written a review of Game of Thrones yet where I haven’t invariable ended up comparing the show to Lost and once again I’m compelled to do it.  Both shows drew in a huge audience thanks to a memorable cast and a story that had a hook which brought back viewers each week.  Lost was unable to keep most of its audience when it became apparent that the show’s writers were unable to deliver story arcs with satisfactory closure.  I’m starting to suspect the same will happen with Game of Thrones.  There was a time when I assumed that Danaerys would storm Kings Landing with her dragon army and that Jon Snow would lead the Black Watch against the White Walkers but now, who the hell knows?  They seem just as likely to die choking on a pretzel.

I’ll still watch Game of Thrones because the characters, by and large, are fun to watch.  But its a shame that the various story arcs are devolving into an incoherent mess.  And the show will be poorer for not having an antagonist with the presence of King Joffrey.  I assume that with his promotion from cameo to regular cast member, Ramsay Snow is to assume the mantle of chief villain.  He has some big boots to fill if thats the case and so far, I find him more tedious than devious.  To be honest, I had to look up Ramsey’s name because I didn’t know what it was.  At least with King Joffrey, he was a dick, but he was our dick.  The guy we loved to hate.

His smarmy face will be missed.

Previous: A-League 2013/14 – Round 27 – The Final Countdown
Next: Sheilas, Wogs and Poofters by Andy Harper and Josh Whittington 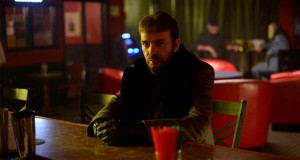