I‘ll just come out and say it.  I never really liked the Playstation Portable.  In 2004 it was Sony’s first foray into portable gaming and I felt they delivered a subpar system.  I dislike it for all the well-worn reasons that have been covered by non-believers:  It’s a system that can run Playstation 2 quality graphics but it only has 1 analogue stick so most games had to either forgo camera control or make some sort of unwieldy compromise with the buttons.  It was poorly supported for software because the thing was super easy to pirate games on so no publisher really bothered investing in it.  The console seemed to miss all the awesome, quirky esoteric games that were on the Nintendo DS at the same time – games like Professor Layton, Phoenix Wright and Elite Beat Agents.  On the flipside, all the big tentpole games that Sony promised either never eventuated (what happened to Resident Evil PSP?) or showed up five years late after people stopped caring (Gran Turismo).  Even the little things bugged me.  It looks like it should be this sleek, high end system but the UMD discs that it reads make a cheap and clunky whirring sound when it loads.

It is probably my least played console I’ve ever owned.

Eight years later (Jesus, time flies) and Sony have now launched a successor named the Playstation Vita.  It only launched in Australia on February 23rd and I’ve owned one for the better part of a week now.  I can tell you this thing has made a much better first impression and I am pretty damn happy it.  I think Sony have nailed it on their second go. 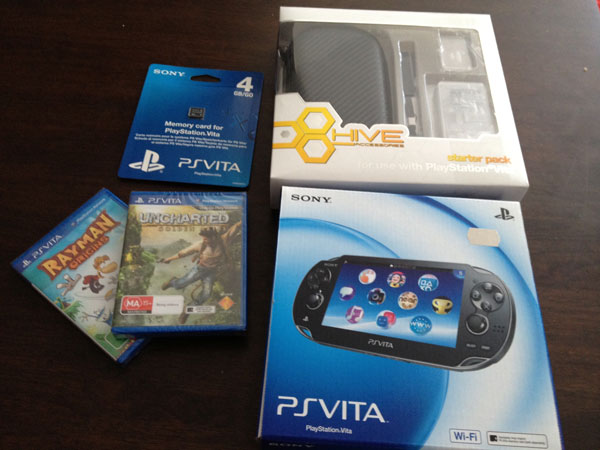 No special occasion necessary! – because Jen is awesome, she just bought me a Vita and a couple of games one weekend as a nice surprise

One thing that was interesting to observe with Sony was whether they would change their design philosphy with hardware after the Playstation 3 and the PSP were soundly beaten and outsold by the lower tech Nintendo DS and Nintendo Wii which shunned high end technology in favour of affordability.

If the Vita is anything to go by, the answer is no.  They are still making crazy, impractically expensive, feature-crammed systems that will probably cause them to lose an even bigger share of the market.  Today you can get a Nintendo 3DS for $250 and probably get a game bundled in.  The Playstation Vita in Australia costs $350 for the cheaper Wi-Fi version and $420+ for the 3G version (this is before you pay for the actual data itself).  The system itself doesn’t function without a Sony patented overpriced memory stick.  $29 will get you a measely 4gb of data.  Then the games cost around about $60 if you shop around.  So your initial outlay before you can play a game on this thing is around $500.  This might sound suicidal if they hoped to compete against the Nintendo 3DS but in terms of the actual technology in this thing, it feels comparable to an iPhone and those things cost you a couple of hundred dollars more. 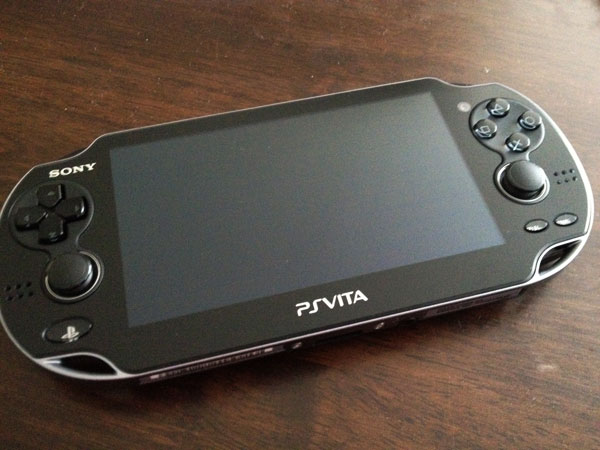 The Playstation Vita – looks awesome, plays great. I hope this thing does well.

Sony have really gone to town with the Vita, cramming in all sorts of features.  Firstly, the processor itself is capable of rendering near-Playstation 3 quality graphics on an absolute gorgeous OLED screen.  I had idea what OLED means, thats just what it says on the box.  All I know is that its awesome.  The minute I got Uncharted: Golden Abyss running on this thing…oh, man.  It looked amazing.

The system comes with a shitty front and rear camera (a lousy 1.3 mega-pixel in this day and age!), a multi-touch touchscreen, a touch screen on the back of the unit for some reason and audio that sounds an order of magnitude better than the Playstation Portable.  This thing is an absolute beast.

The UI is excellent.  It’s sort of a hybrid of Apple’s iOS and Sony’s XMB.  It has a clean, easy to navigate interface that is customizable with its layout and takes two seconds to learn.  It’s nice to see someone get this right after the recent Xbox Live dashboard update which overcomplicated its layout and the Nintendo 3DS’ layout which is functional at best but also has the worst online store design of all time.  The Vita interface feels modern and sleek by comparison.

I thought the buttons on the device seemed a little small at first but I found they were easy enough to use.  The analogue sticks feel great and the touch screen is super responsive.  I can’t really see how the rear touchscreen will ever be used in a game effectively but its nice that they’re trying things.

I got two launch titles – Uncharted: Golden Abyss and Rayman: Origins.  Both games look absolutely stunning in their own way – Uncharted for its incredible rendering of 3D graphics on a portable and Rayman for its super smooth 2D animation which looks amazing even on a portable sized screen. 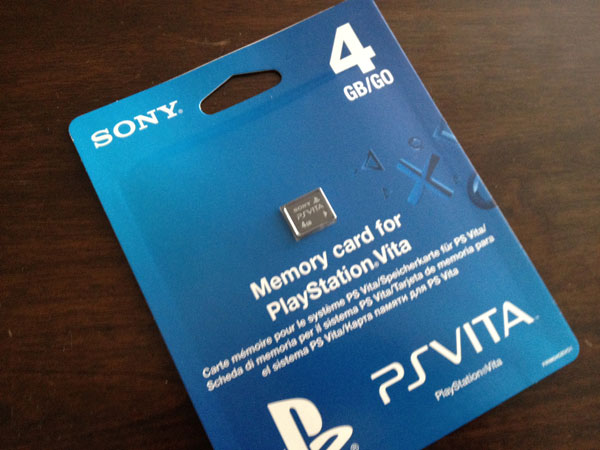 It wouldn’t be a Sony system without some kind of rip-off memory card! This 4gb card cost $29. I’m pretty sure my portable harddrive that costs twice the price offers nearly a terabyte of storage. Goddamn Sony :(

The design of the interface suggests that Sony is going to look at trying to tackle Apple’s App store games with their own digital downloads.  I think they have their work cut out for them here.  They did themselves no favours by using such an annoyingly expensive memory card format which limits the number of games players will be able to download.  Secondly, they have had micro-games for a number of years on the Playstation Store, called Playstation Minis, and I have never in my life heard of a single person recommend or even play these things.  I guess it means that the only way they can go from here is up.

I am disappointed in the lack of any onboard memory or cheaper, larger memory sticks though.  Ideally I would love a Playstation Vita with 100gb of memory so you could carry a whole bunch of games with you on the go without having to take a whole stack of gaming cards.  I have no idea why Sony messed this bit up.  It seems a real no-brainer.

When it comes down to it, I’m very happy with how the system feels and plays and that’s the main thing.  It really does offer something akin to a portable PS3 and if Sony get their deals right with publishers, hopefully we will see this system be home to many great games over the years.  I do think they need to work out a more unified ecosystem though.  At the moment I own about 20+ Playstation One and PSN games on my Playstation 3.  Since the Vita is of comporable power and it lets me login into the system using the same account, I would like to think that eventually I can play all of the same games on the Vita.  Make it happen, Sony!

This is a system of great promise and very little buzz.  No I know at work or socially gives a crap about this thing.  I really hope Sony can change that and quickly.  On the positive side, a slow selling Vita and a desperate Sony should help drive down costs and lead to a quicker release of major games.  For now though, Uncharted: Golden Abyss and Rayman: Origins are more than enough to keep me happy.

Previous: TV Show Round Up: Survivor: One World
Next: Youtube Friday: The Hobbit