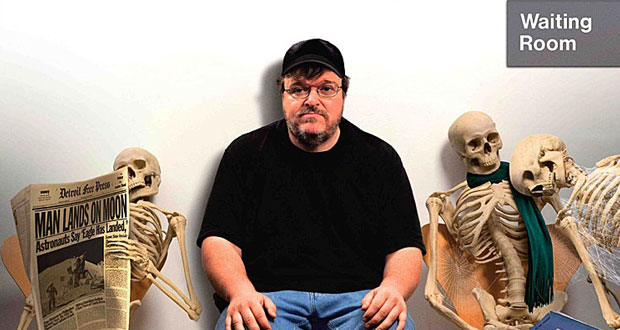 By now everyone knows the score.  It all started in 2002 with Bowling For Columbine.  I went to see the film, was thoroughly impressed with its sense of humour and strong message, and then I was totally disappointed when I looked up more information about the film online only to find a lot of factual discrepancies and contextual omissions.  A lot.

Even worse, when film critic and Michael Moore fan Roger Ebert made mention of the same disappointments, here was how Moore responded:

“The pitfall for Moore is not subjectivity, but accuracy. We expect him to hold an opinion and argue it, but we also require his facts to be correct. I was an admirer of his previous doc, the Oscar-winning “Bowling for Columbine,” until I discovered that some of his “facts” were wrong, false or fudged.In some cases, he was guilty of making a good story better, but in other cases (such as his ambush of Charlton Heston) he was unfair, and in still others (such as the wording on the plaque under the bomber at the Air Force Academy) he was just plain wrong, as anyone can see by going to look at the plaque.Because I agree with Moore’s politics, his inaccuracies pained me, and I wrote about them in my Answer Man column. Moore wrote me that he didn’t expect such attacks “from you, of all people.” But I cannot ignore flaws simply because I agree with the filmmaker. In hurting his cause, he wounds mine.”
What a condescending jerk!  I posted a review on our site, then known as Spy Magazine, and gave the film a 6/10 score.  That score earned the ire of Pat, Matt and our former webmaster.  A similar messageboard flamewar resulted with the release of Fahrenehit 9/11.  I guess either you love his work or you don’t.

At least, that’s what I thought before Sicko.

I can’t deny that when Michael Moore puts out a new documentary, its quite the event.  There’s a lot of mudslinging from the political left and right, Moore usually performs some sort of publicity stunt and its quite the carny atmosphere which I can’t help but love.  With Sicko, I found, rather unexpectedly, that I was warming to both Moore’s film techniques and self promotion.

First, the self promotion.  When the wife of the webmaster of one of the most popular anti-Michael Moore websites on the Internet became seriously ill, the webmaster posted saying he could no longer afford to keep the site going.  That is until he received an annonymous donation to the value of over $US 10,000.  The webmaster hired a private investigator who revealed the donation was from none other than Moore himself.  The webmaster then posted a rant online saying he still hated Moore but was keeping the money.  Moore, now outed by the rant, then used the piece as an example in his film about America’s healthcare system.  I think its a rather ingenious way of making a statement about the hypocrisy of those against universal health care.

As for Sicko, its a lot more focused and sombre film than Fahrenheit 9/11.  It’s still utterly one-sided and probably falls under the branch of being an opinion piece rather than a documentary but it raises interesting discussion about the state of healthcare systems around the world nonetheless.  I eagerly await the film’s cinematic release and the eventual retort from the political right to see how the film holds up factually.

As it stands, one of the few factual checklistings of the film has been done by CNN.  Lo and behold, they said the film largely stands up scrutiny.  Colour me impressed.  For now.

Previous: The Bourne Ultimatum
Next: Waitress 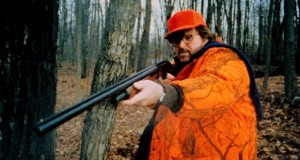