Moral of the story

I’m about to write one of the closing chapters of something I’ve been talking about in this blog for a few months now and I’m still scratching my head as to what I’ve got out of it.

Last night, as I writing yesterday’s blog post, I was watching the Simpsons on tv. It was a really old episode. It’s the one where Bart gives blood to Mr Burns and saves his life. Homer, expecting a huge cash reward, is furious when Mr Burns simply sends him a ‘thank you’ card. So he writes back a nasty letter and at the end of the episode, to make up for not properly saying thank you, Mr Burns gives the family a huge Aztec carved stone head. The last minute of the episode have the family pondering if the reward was really worth all the grief they went through.

This morning, me and Sarah met up at the butt crack of dawn, and went to the police station to show our clients the rail safety video. There was a shitload of people there. As well as the usual suspects, some bigwig police chief was there and some other rail authority guy. As we went in to the meeting room, one of the police officers told us he hoped the video would be good because it was going to get a huge circulation to schools and truck drivers and transport education departments and stuff. He said we should expect ‘big things’ to come from this. Sarah whispered to me that maybe it meant we’d get some money. I was hoping we’d be offered another job to do.

We showed the video to them and then at the end of the credits roll, after sitting stony silent for the whole presentation, they applauded. Between every single person there, they only had one sentence they wished to add to the whole thing. Overall, they were totally happy with our product and said they wished to work with us again ‘in the future’. Finally, at the end of the meeting, one of the guys stood up and called for quiet. He addressed us and said ‘Edo and Sarah, in recognition of your good work, we’d like to give you…this’

He gave us little badges with ‘Operation Gareutrain’ on it.

We were ushered out the meeting and when we left the building, me and Sarah kinda looked at each other and the little trinkets in our hands. What the hell happened? Where was the money? The next job offer? The letters of commendation? There was a lot of promise but it did seem to me like we ended up walking of out of an insanely difficult 4 month long project that took up a lot of time and stress and money with little French-Canadian safety badges and all sorts of vague promises that could very well turn out to be nothing.

Should I just be happy that I did a good job? Is a good deed its own reward?

I’m still deciding. Sarah threw her badge in the bin. I’m wearing mine now and keeping it. In case its all that I’ll have to show for, from the past few months of work.

I bought Legend of Zelda for Gamecube today. It’s been ages since I played a good videogame. I like games. You know where you stand and there is a simple reward system. Fight endless minions. Defeat big boss. Next level. Rinse. Repeat. 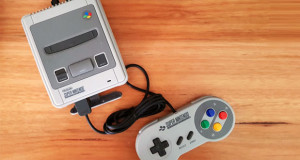