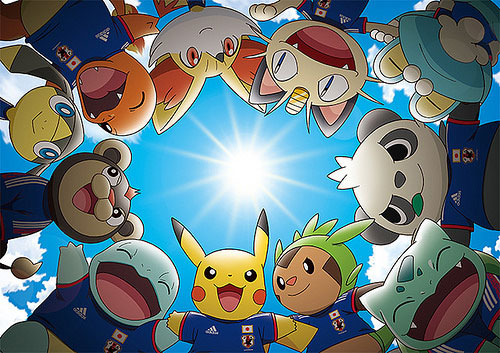 Japan and Australia are my two teams for this tournament.  Australia played a respectable game against Chile.  Let’s see how Japan do against Ivory Coast.  Fortunately, this game is on at a very friendly 11am on a Sunday.

5′  Japan seems to always have precisely one top tier in-form player every tournament.  We had Nakata.  Then Nakamura.  Then Kagawa.  And now Honda.  We need a bunch of talent to peak all at the same time.  Kagawa could probably return to greatness if he actually got any kind of regular game time.

Japan 1-0!!!!!!!!!!!!!  Honda opens the scoring with an absolutely cracking goal, beating the Ivorian (sp?) keeper at the near post.  Kind of against the run of play but we’ll take it.

LOOK HOW HAPPY WE ARE!!!!!  YAAAAAAAAAAYYYYY!!!

20′  Holy cow, Japan raining down shot after shot.  Draws some good saves but they’ve got Ivory Coast on the ropes.

30′  Okay, so we didn’t score during a period of intense domination.  Hopefully we won’t regret that later. 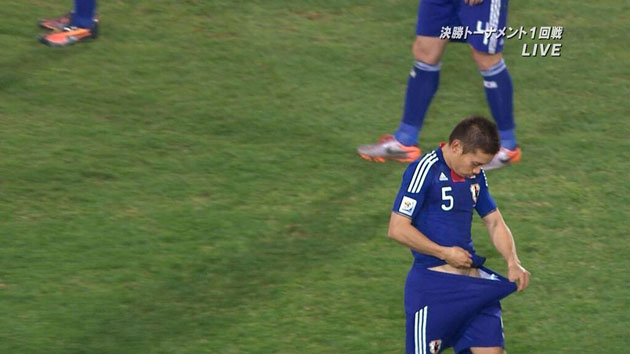 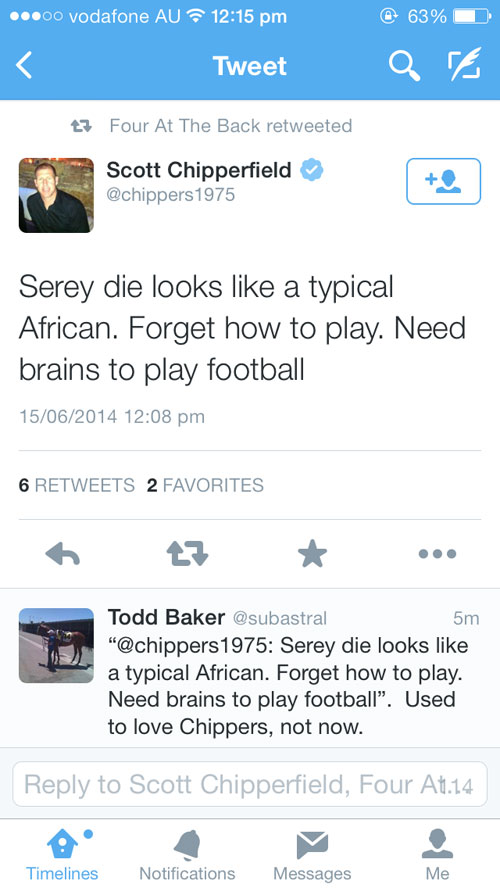 Everyone told him he was a goddamned idiot and he was eventually shamed into deleting the tweet.  What a dickhead.

55′  It concerns me how cheaply we turn over possession in midfield.

62′  Ivory Coast bringing on Drogba.  Hopefully this substitution won’t cause the game to-

That must have been the worst halftime speech.  We were great in the first 45 minutes.  What the hell happened

As is tradition, Japan stayed behind to tidy up after themselves. 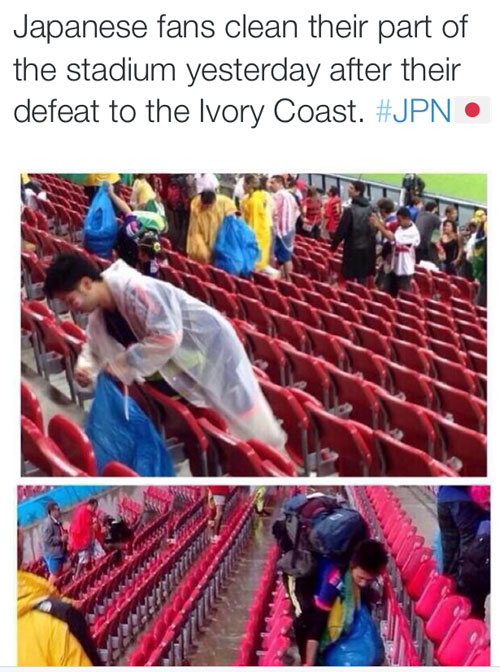