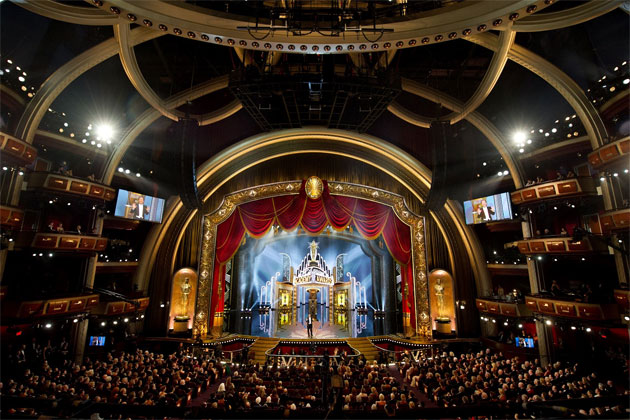 The 89th annual Academy Awards are almost upon us!

Hosted by Jimmy Kimmel and emanating from the Dolby Theatre in LA, this edition promises to be agonisingly long, filled with plenty of politically charged speeches (including the off-chance that the winner for Best Foreign Film is awarded to someone banned from entering the country) and is widely expected to be a victory parade for the all-conquering La La Land which stormed into the event with a record equalling fourteen nominations.

Also of note, this is the first Academy Awards since the fall out from the #OscarsSoWhite campaign which resulted in a significant restructure of the Academy and its eligible voters.  Now boasting a much broader demographic, this year’s nominations reflected the change with a much more varied selection of films and People of Colour getting recognized in various categories.

The Academy Awards still don’t really reflect my personal favourite films of the past 12 months.  There’s no love shown for Hail Caesar!, Hunt For The Wilder People, Love & Friendship or Swiss Army Man.  There is also still an aversion shown by the Academy to recognize animated films and certain genres such as comedy and horror remain criminally under-represented.

Having said that, I think this year’s field isn’t too bad and there aren’t any outright stinkers in the mix like Crash or The Blind Side.

As has now become tradition on The FAT Website, I’ve compiled a list of comically inaccurate predictions on who I think will win and who I think should win.

So without further ado, here are my picks for the 2017 Academy Awards. 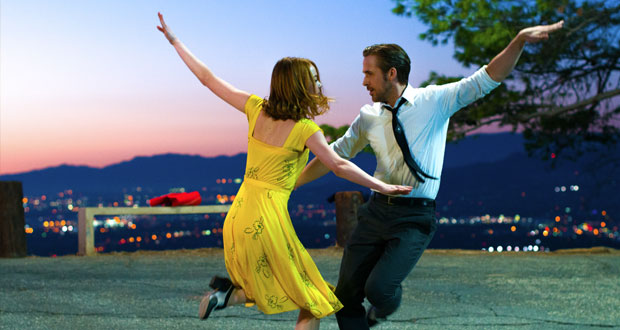 I was reasonably happy with the Best Picture selection this year.  The criticism levelled at the awards every year is that there is the same ‘Oscar-bait’ movies that get nominated time and again.  Although Hacksaw Ridge, Manchester By The Sea and La La Land fall pretty squarely in that category, we’ve also got a modern Western (Hell or High Water) and a sci-fi drama (Arrival) in the mix.

I saw seven of nine Best Picture nominated films.  I ran out of time and didn’t catch Manchester By The Sea or Fences.

I loved Lion, particularly for the incredible performance from eight year old Sunny Pawar as the brave, indomitable Saroo.  On the other end of the age spectrum, sixty seven year old Jeff Bridges is in fine form as a grizzled, no-nonsense sheriff chasing down a pair of outlaws in Hell or High Water.

Lastly, I have a real soft spot for Arrival which is a fantastic sci-fi film, made in the spirit of Jodie Foster’s Contact.  If I had a vote on which film should win Best Picture, I think my choices would whittle down to Hell or High Water, Arrival or Lion.

Let me think on it for a second.

Note:  I’m still miffed that Hunt For The Wilder People didn’t get a nom.

La La Land was an awards season darling that was initially showered with praise when it was doing the rounds at the film festival circuit before it began experiencing a backlash when it garnered a record equalling number of Academy Award nominations.  For the record, I liked La La Land a lot.  It’s a fine musical and I have no qualms with the performance of its two leads or its unexpectedly low key and melancholic ending.

But the headlines are already written for this show.  No other film has come close to garnering this level of media attention.  If anything else wins, it’ll simply be reported as ‘La La Land Doesn’t Win’.  But everyone knows its in the bag. 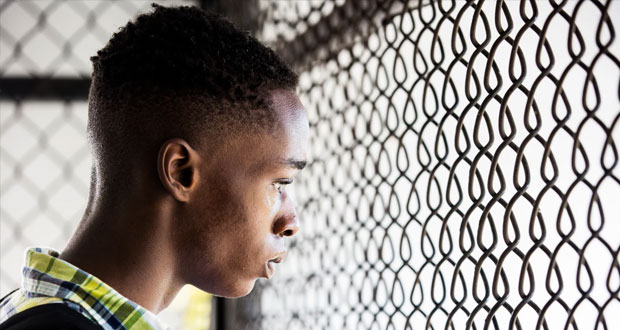 This is one of those categories where I’m fine with La La Land getting the win since I think Damien Chazelle is due a belated Oscar for Whiplash which he made a couple of years back and lost to the overrated Birdman or the Unexpected Virtues of Ignorance.

But otherwise, my pick would be Barry Jenkins for his fine work with the cast of Moonlight, an engaging and sensitively made coming of age story about a young black man, told over three chapters in his life.  It’s a great film that’s deserving of a Best Director gong for Jenkins who skillfully weaves together the performances of three generations of actors playing the same central character.

The correct answer here is Not Mel Gibson.

I think its a fairly safe assumption that the Oscars are going to end up as a soap box for many winners to air their grievances about Donald Trump and his shambolic presidency.  Hollywood is often accused of having a tin ear and being a bunch of out-of-touch elitists but hopefully even they wouldn’t reward notorious anti-semite Mel Gibson with a Come Back Oscar on the same night that they take Trump to task for being a bigot. 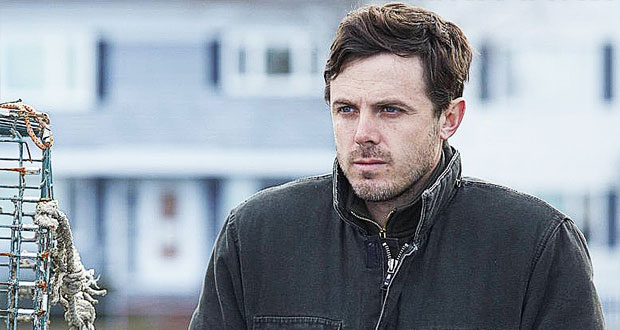 I’m not really qualified to talk on this category, having not seen Manchester By The Sea, Fences or Captain Fantastic.  That’s more than half the damn field.

Casey Affleck presents a difficult choice for the Academy.  He is a clear front runner for his on-screen performance as a caretaker struggling to control his inner demons in Kenneth Lonergan’s Manchester By the Sea.  But he’s been charged with sexual harassment by two women who worked with him on a previous film project.

I’m going to go with Viggo Mortensen pulling off the upset in the critically well-received Captain Fantastic. 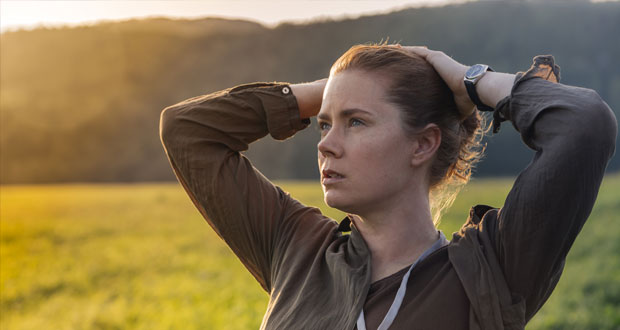 In the Crime of the Century, Amy Adams was absolutely robbed in this category, not even garnering a nomination for her performances in Arrival and Nocturnal Animals.  I don’t know who she pissed off in the Academy but they were obviously out for blood, freezing out Adams so that Meryl Streep could get her twentieth Oscar nomination for the light hearted production Florence Foster Jenkins.

A travesty of justice.

Emma Stone is the bookies favourite and rightfully so.  It’s a shoe-in.  Put the mortgage, the life savings, the spouse, the kids and the family dog on Stone winning this category.

BEST ACTOR IN A SUPPORTING ROLE 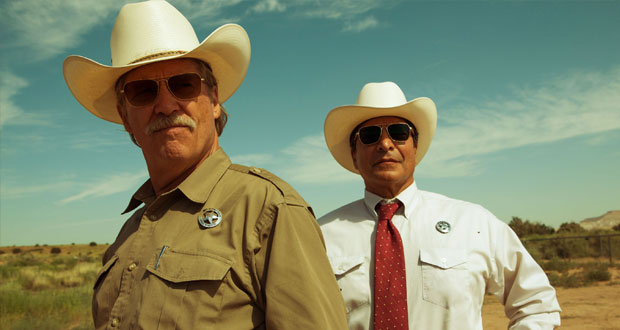 Although Mahershala Ali and Dev Patel both turn in fine performances in Moonlight and Lion respectively, I don’t think they would come close to the screen time and the work put in by Jeff Bridges on Hell or High Water.  So far that reason, he’s my pick of the bunch.

This is one of the hardest categories to pick.  There hasn’t been a runaway favourite and there isn’t someone associated with La La Land in the running.  I’m going to go with Lucas Hedges to become the first shrubbery to win Best Supporting Actor.

Lucas Hedges (Manchester By The Sea)

BEST ACTRESS IN A SUPPORTING ROLE 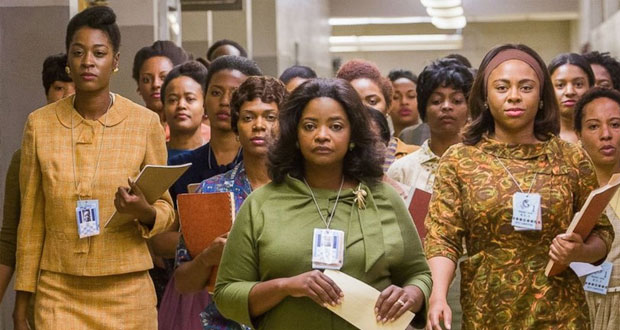 Hidden Figures is a terrific film about three incredibly talented, patient and persistent black women who worked at NASA during the space race era.

The film is filled with a lot of emotional, fist pumping moments of satisfaction as Taraji Henson, Janelle Monae and Octavia Spencer all work to outwit and circumnavigate the bigots that hinder their progress.  One of the films most satisfying subplots involves Octavia Spencer’s character Dorothy Vaughan, forever overlooked for a much deserved promotion to supervisor by a smarmy Kirsten Dunst.  Vaughan teaches herself to become an expert in computer programming and makes herself indispensable to NASA, which finally lands her a big pay day and the much deserved promotion that long eluded her.  Vaughan’s story arc in Hidden Figures was one of my favourite moments of all the films I’ve seen in the last twelve months and for that reason, Octavia Spencer is my pick for Best Supporting Actress.

This might be the only category where the person I wanted to win the award aligns with who I expect to pick up the prize.  Go Octavia!

The Lobster
Manchester by the Sea
20th Century Women

Fire at Sea
I Am Not Your Negro
Life, Animated
O.J.: Made in America
13th

Kubo and the Two Strings
Rogue One: A Star Wars Story

Previous: Final Fantasy XV
Next: A Week In Wellington