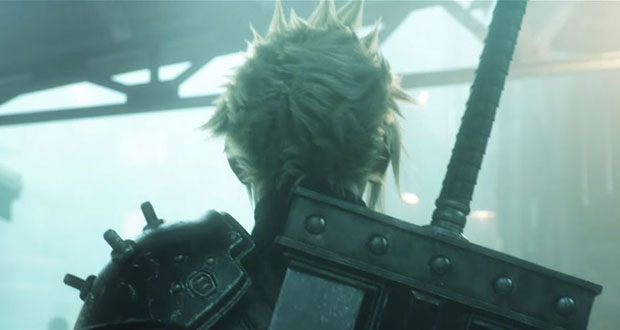 E3 2015 will go down as one for the ages thanks to Sony’s all-conquering stage show in which they dropped not one but three bombshell announcements that made them the talk of the town.  The triple whammy of Final Fantasy VII Remake, The Last Guardian and Shenmue 3 was the sort of stuff that video game fans have dreamed of and talked about for years.  All three games have been anticipated, rumoured or briefly shown in the past.  To have all three officially announced in such rapid succession was the sort of hype and spectacle that not only helps ensure that Sony will absolutely dominate this generation of consoles (Nintendo is practically bowing out already) but its the wonderful sort of theatre that ensures E3’s relevance on the video game calendar.

After the initial thrill of the Sony conference abated, questions remain about all three major titles.  The Last Guardian has been in development for over six years and although its exciting to see it resurface, we are still without a release date and in the plain light of day, there wasn’t actually a whole lot shown in the gameplay demonstration that showed much progression from the last time the game was shown.  Although the animation looks superb and fans rightly hold creator Famito Ueda to a high standard, graphically it looks like a PS3 game running on a PS4 and we have seen the same single environment devoid of any other NPCs since 2009.  Is the game genuinely going to see a release in the near future and does it stand a hope of living up the hype after such a prolonged development cycle?

Shenmue 3 was probably the most unexpected announcement of the show.  The series has been dormant for over fifteen years (not counting a lousy mobile game spin off).  Creator Yu Suzuki was brought on stage to announce a Kickstarter campaign which probably broke the Kickstarter website before eventually setting a new record – $2 million dollars funded in 12 hours.  Now we wait.  No one really knows what a low budget Shenmue title will play like and its been over a decade since Yu Suzuki had a high profile game release.  It’s an exciting proposition but I’m not sure what we’ll end up with.

As for Final Fantasy VII Remake, I count myself amongst the millions of fans who craved a modern day remake.  I don’t think the original Final Fantasy VII is necessarily my favourite iteration of the series (it would be in the mix with VI, IX and XII) but there’s plenty of reason to get excited about a big budget remake.  There are countless scenes in FFVII that would look spectacular with contemporary graphics and its intriguing to think about how Square would tackle some of the quirkier content in the game like the infamous cross dressing scenes.

But Square Enix has been a company riddled with mismanagement in recent years and like Team Ico before them, they have taken years to output games, often with disappointing results.  Final Fantasy VII Remake is a thrilling proposition on paper but who the hell knows when we will see this thing?  I wouldn’t be surprised if its three years away, probably longer.  With Final Fantasy XV and Kingdom Hearts 3 also in the works (and both games that have been in development for an eternity), it could be a long time before Final Fantasy VII Remake sees the light of day.

A couple of other notes from the Sony conference.  Firstly, they have secured timed exclusivity for the downloadable content to some of the biggest third party games in the market including Destiny and Call of Duty.  More noteworthy I thought was the complete and utter indifference of the enthusiast crowd to the announcement of Call of Duty Black Ops III.  After so many years of being the kingpin of blockbuster game titles, I feel like the video game zeitgeist is finally leaving the military franchise behind.  Surely Assassin’s Creed can’t be far behind.

Oddly enough, I had expected this to be the E3 where VR headsets had their big coming out party but as far as Sony was concerned, Project Morpheus took a back seat to everything else.  Will the VR headset be a factor in the video game landscape in 2016?  I thought for sure it would be but after that E3 show, maybe I was wrong.

As for Microsoft, they had a respectable E3 show where they predictably plugged their biggest upcoming titles of 2015 – Halo 5: Guardians and Rise of the Tomb Raider.  Both games look solid, if not a little uninspired.  Microsoft’s indy portfolio on Xbox One looks pretty impressive with Tacoma, Cuphead, Beyond Eyes and Ashen all offering the type of creativity that their triple A games seem bereft of having.

Lastly, poor old Nintendo.  The once mighty Japanese developer had a middling E3 presence as they used their show to unveil spin-off games for the Zelda, Metroid and Animal Crossing franchises.  The lack of any genuine new instalments to these series struck a nerve with fans and in a typically over the top reaction from die hard fans, a petition requesting the cancellation of the Metroid Prime Federation Force received over 17,000 signatures.  The lack of news games was reflective of a company in a period of transition with most of the significant development efforts presumably being focussed on next year’s Zelda game as well as their new Project NX console which will be unveiled in 2016.  With the 3DS approaching the end of its life cycle and the Wii U failing to find an audience, who knows what direction Nintendo will take in the future.  A lone bright spark from E3 was Super Mario Maker which looks better every time we see it.

In general, 2015 was a year that saw the industry steep itself in nostalgia.  Some of the most hotly anticipated games of the future are the latest instalments of Doom, Rock Band, Tomb Raider, Final Fantasy VII and Need For Speed.  What’s old is new again.

Final Fantasy VII Remake [Playstation 4] Fans have waited years for this project to come to fruition and now its finally got an official announcement.  But when will it arrive?

Rare Replay [Xbox One] Venerable games developer Rare marked a return to form by announcing a new Pirate MMO as well as a thirtieth anniversary games collection which gives me an excuse to revisit Viva Pinata.

Cuphead [Xbox One] Inspired by Disney animation of the 1930s, Cuphead is one of the most visually striking games in recent memory.

Deus Ex: Mankind Divided [Multi] The much anticipated sequel to the brilliant Deus Ex: Human Revolution. The game oozes style and if it has the depth of game mechanics as its predecessor, it will be another winner.

Super Mario Maker [Wii U] It’s starting to look like the real deal. A set of tools capable of enabling budding game designers to create wildly creative and entertaining Mario levels for all to enjoy. This was basically my dream game when I was 12 years old.

Star Wars Battlefront [Multi] Visually stunning and its like EA/DICE are pretending the prequel films don’t exist. I’m totally okay with that.

Kingdom Hearts 3 [Playstation 4] Holy cow, they really expanded the scale of the landscapes. Also, I’m delighted to see a Tangled level in there. Surely Frozen is imminent?

Fallout 4 [Multi] The first Bethesda game for this generation is hotly anticipated and rightly so. Fallout 4 should be amazing and unlike most of the games on this list, it’s only a few months away.

Uncharted 4 [Playstation 4] The next instalment in one of my favourite game franchises. The attention to detail in the demo looks great. I cannot wait.