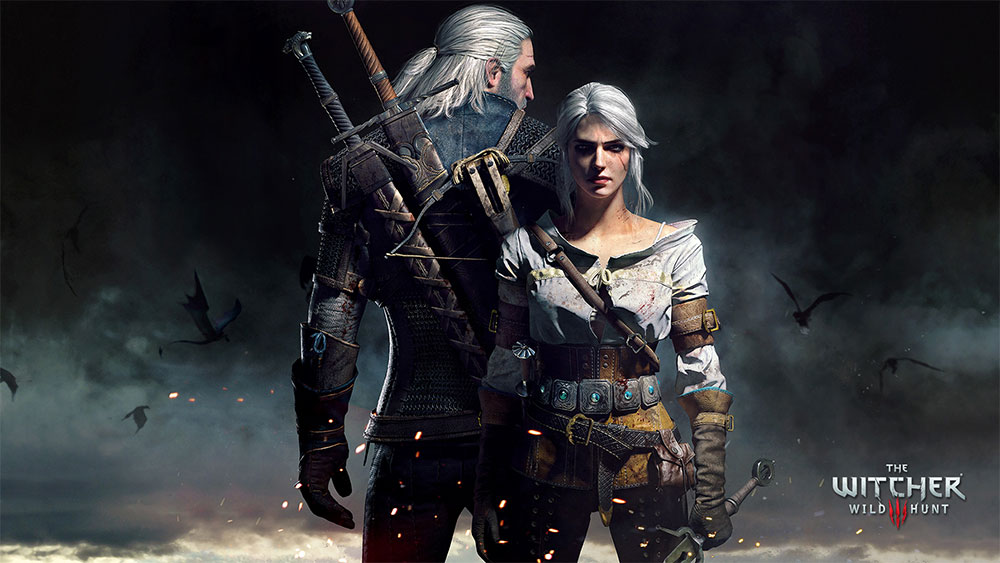 Many years ago I remember watching an interview with Peter Jackson where he referred to the Lord of the Rings film production as the ‘World’s Most Expensive Indie Film’.  What he meant by that was that despite a budget of $180 million dollars, it was still a relatively paltry amount in proportion to the scale and scope of creating three fantasy film epics.

To maximize his budget, Jackson would employ the use of some of time honoured cost cutting measures including the use of midget actors and basic camera perspective tricks to tell the tale of four little hobbits exploring Middle Earth.  Jackson’s independent movie ethos shines through in the finished product which has an earthy, rough hewn quality to it that makes it stand apart from contemporary blockbusters like The Avengers, Transformers and ultimately his own follow up Hobbit trilogy which all have the sheen and gloss of a more conventional mass market production.

In many ways, CD Projekt’s The Witcher trilogy is the video game industry’s own version of The Lord of the Rings.  It is a fantasy series that has garnered an international legion of admirers and is developed in a small, unassuming nation not widely known for producing video games.  With The Witcher 3: Wild Hunt, the developer has taken the plunge and developed a fully open world iteration of the fantasy realm Rivia for its silver haired protagonist to explore.  The game finally has the size and scope of its contemporaries such as The Elder Scrolls V: Skyrim or Assassin’s Creed Unity but it is doing it on a fraction of the budget.  The result is a game that is occasionally buggy, poorly animated and pushes the console hardware to its limits but it also delivers some much needed ambition, creativity and energy into the fantasy genre.  I believe The Witcher 3 will be remembered as one of the flagship titles for the current generation of games, such is its overall quality. 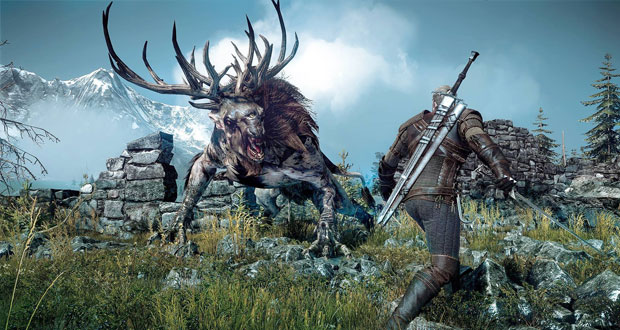 The Wild Hunt is the closing chapter in a trilogy of tales about Geralt of Rivia, a Witcher who journeys through the Northern kingdoms, plying his trade as a bounty hunter, helping local villagers rid themselves of monster infestations…but only for a fee.  It’s a line of work that makes Geralt both simultaneously in demand and also loathed by the people who need his help.

The Wild Hunt opens with Geralt reminiscing about his time at Kaer Morhen, a now defunct witcher school.  It is there he and the sorceress Yennefer adopted a talented and powerful young woman named Ciri as their daughter.  Geralt has a premonition that she is being pursued by the demonic Wild Hunt army – harbingers of the world’s end.  They are after her because she is the anointed one, an all powerful witcher, who stands alone as the person capable of stopping the phantom army.

As with the previous Witcher games, part of what makes the series unique amongst RPGs is that the protagonist Geralt is not the ‘chosen one’ at the centre of the story.  He has always existed on the periphery of what happens in the Northern Kingdoms.  He may cross paths with kings and queens, army generals and powerful sorcerers but he is never positioned as humanity’s last hope or anything like that.  He remains as ever, a mercenary for hire, loathed by most and an outsider in the world he inhabits.  And so it is with The Witcher 3: Wild Hunt.  It is his adopted daughter Ciri who can deliver the people salvation.  Geralt is primarily driven by his paternal instinct to look after his daughter.

First impressions of The Witcher 3 are a mixed bag.  You start in a small territory known as White Orchard and begin a few simple quests.  Geralt has spasmodic controls where his transition from walking to running is stilted and as you get used to controls, you’ll probably spend a few times misaligning with that ladder you’re trying to climb or overshooting the marker that brings up the ‘read noticeboard’ prompt.  Gradually you’ll get used to it and although his movement animations could certainly be smoothed over, they are nothing game breaking.  There’s plenty of unintended comedy in the form of Geralt’s steed Roach who magically appears when the player double taps one of the joystick buttons.  CD Projekt have gradually improved this with each patch but initially, Roach was often likely to materialize in a river or stuck in a tree.

But with a little bit of patience, you learn the games kinks and nuances, you leave White Orchard and its there that the game truly begins to flourish.  The first thing you’ll notice is that the environment is massive and teeming with life.  Quest markers are indicated on the map with question marks and at first, there are well over a hundred of them dotting the map.  Where The Witcher 3 really shines when compared with its open world contemporaries is how successful it is with its world building.  The environments feel organic, varied and distinct.  Each city and village has noticeably different cultures and architecture – from the wealthy, affluent toffs of Novigrad to the gruff, earthy folk who inhabit Skellige.  There are clear social hierarchies and the different species that inhabit the cities have a real sense of history and place.  Credit must go to CD Projekt for taking their literary source material and successfully transposing it into their game.

The ‘side quests’ in The Witcher 3 are so well constructed and full of interesting characters that they are worth the price of admission alone.  Setting aside the world-ending threat of the Wild Hunt for a moment, there’s practically an entire games worth of content to be enjoyed simply living the life of Witcher, taking on jobs with a diverse catalogue of people in need from the lowly farm hand to powerful aristocrats.  No two missions feel the same and you never really know what you get.  Some quests are simple, short and sweet.  Others turn into huge, branching missions with betrayals, twists and turns.  There are some stories that are played for laughs – such as a mission to wake a sleeping druid who has lost his voice – and others that take an extraordinarily dark turn, such as the infamous Bloody Baron mission, surely one of the most memorable and depressing storylines ever conceived in a modern RPG.

Ultimately, its the sum of these parts that build such a satisfying whole.  Like its gruff but likeable lead, The Witcher 3 is full of character and charisma.  It can be serious when it wants to be, scary in places and genuinely funny at times.  The people seeking help from the witcher  can be motivated by anger, jealousy, heartbreak or desperation.  Geralt himself is accompanied by a fantastic supporting cast of misfits.  There are the perennial love interests Yennifer and Triss, your comrade in arms Vesemir, the affable womanising bard Dandelion and depending on your choices, a few familiar faces from previous Witcher games can also make an appearance.  To my mind, the most interesting characters in the game are easily Yennifer, Triss and Ciri.  I would happily play a spin-off series that allowed us to follow their adventures further still. 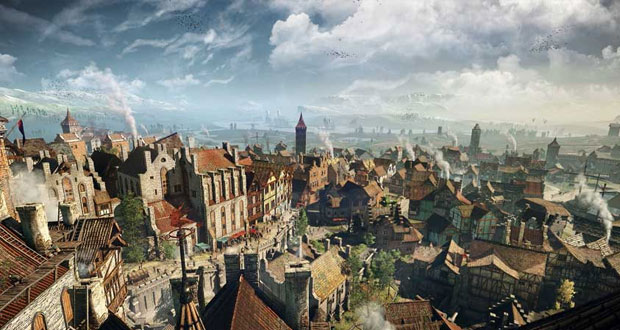 I remember The Witcher 2 had a rather jarring difficulty spike early in the game and happily, in the process of making The Witcher 3 more accessible to a wider audience, CD Projekt have streamlined the difficulty curve without making it too simplistic or unsatisfying.  The combat in the game is reasonably nuanced with flexibility for different styles of combat and you can’t just steam roll your way through the common enemies.  As soon as Geralt faces three or more foes at once, players will need to make sure they avoid getting cornered and actually make use of the game’s parry system or they’ll be cut down in no time at all.  As long as players are mindful of picking up some reasonable armour and develop their alchemy skills to gain access to buffs for fighting creatures with regenerating health (that werewolf quest is a bitch), it should be smooth sailing however.

Ultimately thats part of the fun with The Witcher 3 and keeps the game packed with things to do beyond the main quest line and taking on jobs (as fun as both those things are).  The game has plenty of depth for those who want to spend time treasure hunting, crafting potions, maxing out their weapons and armour or passing time in pubs playing cards with gamblers.  The collectible card game in Witcher 3 is known as Gwent and it is seriously fun.  It plays like simplified variant of Magic: The Gathering and is a welcome distraction whenever you enter a new city. 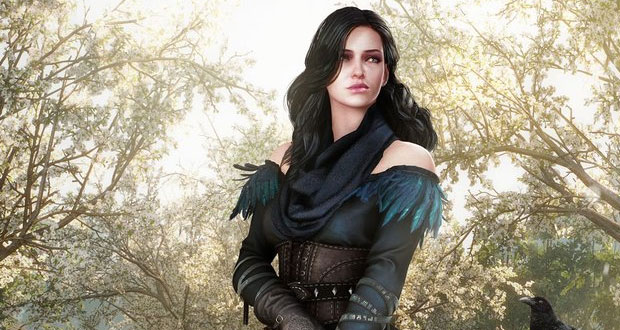 One of the best things about The Witcher 3 is that it is one of the few video games that has the ambition to tackle mature subject matter and actually execute it in a fashion that doesn’t feel overly melodramatic or hamfisted.  By the end of the game, players will have dealt with stories about religion, racism, domestic violence, matricide and depression.  If handled poorly, any of those subjects could have ended up as an ugly blemish on the game but CD Projekt walked the tightrope and handled these narratives commendably.

The ongoing romantic interactions that Geralt has with Yennifer and Triss are also handled deftly with plenty of agency given to the player depending on who they wish to have a relationship with.  As video game commentator Anita Sarkeesian has articulated so effectively, gaming romances often feel like they turn women into trophies or objects to be won.  Happily, with The Witcher 3, Triss and Yenn are both well written, distinctive and engaging characters in their own right, with a meaningful presence in the story that extends well beyond existing solely as a love interest.

The main story arc in The Witcher 3 takes Geralt across the vast expanse of Rivia and concludes with a suitably bombastic finale.  The Witcher trilogy ends rather neatly (with variable permutations based on the player’s decisions) but I’m sure many fans would happily find a reason to return to Andrzej Sapkwoski’s fantasy world.  The Witcher 3 is one of the most impressive open world games in recent memory, rivalling the likes of Red Dead Redemption and Grand Theft Auto V with its enourmous depth and quality.  CD Projekt have been amassing a following of admirers ever since their first Witcher title but there’s no doubt that Witcher 3 is their coming out party.  It is the highest selling game in the series to date and the best work that they’ve done.  One of the first real classics of this generation of consoles has arrived.

Summary : An incredible open world RPG that delivers a satisfying conclusion to the adventures of Geralt of Rivia.

Previous: Youtube Friday – The Tenth Anniversary of the Socceroos WC Qualification Against Uruguay
Next: The Girl In The Spider’s Web by David Lagercrantz 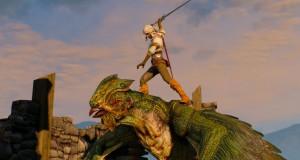 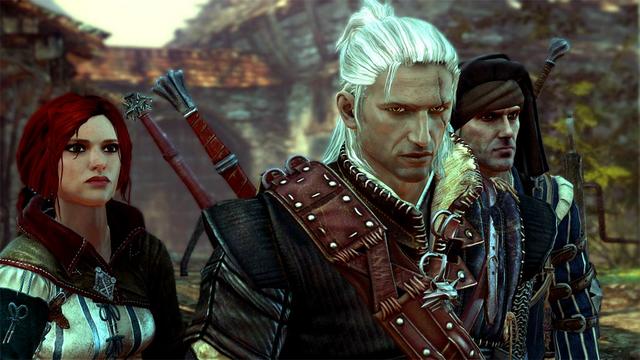